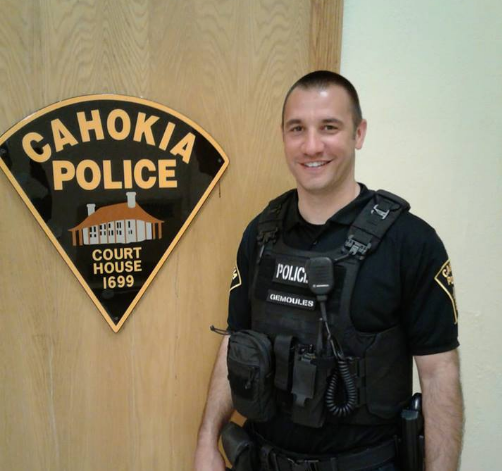 A cop from Illinois, United States gave a man a ride to a job interview instead of ticketing him for driving with an expired plate and driver’s license.

Cahokia police officer Roger Gemoules pulled over the man, 22-year-old Ka’Shawn Baldwin, after he saw his vehicle had an expired license plate, as per local Fox News reports. He also discovered that Baldwin’s driver’s license was expired.

The story was shared by a certain Francella Jackson, who spoke on behalf of Cahokia mayor Curtis McCall Jr. via Facebook on April 18.

Baldwin explained to Gemoules that he had a job interview to get to and had no other way of getting there. Instead of issuing him a ticket, the kind officer decided to drive him to his interview instead.

“He told Officer Gemoules that he had a job interview and didn’t have any way of getting there and that’s why he was driving illegally,” Jackson said.  “Instead of issuing him a ticket, Officer Gemoules took him to his interview AND HE GOT THE JOB!”

Cahokia police officer Roger Gemoules pulled a vehicle over yesterday that had expired plates. The occupant of the car…

Jackson’s post has since garnered 41,000 reactions on the site and around 12,000 shares since the time of posting.

Baldwin’s interview was for the job of package handler at a Fedex, as per KSDK on April 18. It would be his second job apart from his other one at a McDonald’s.

Baldwin said in the report that it takes him around 90 minutes by bus to get to his job at the fast food restaurant. He hopes his second job would be able to get him his driver’s license back, as well as buy a car and a home.

Meanwhile, Gemoules has since been lauded by many, including mayor McCall. Jackson stated, “On behalf of Mayor Curtis McCall Jr., I would like to thank Officer Gemoules for showing compassion and being a great example of how community oriented policing actually works.”  Cody Cepeda/JB