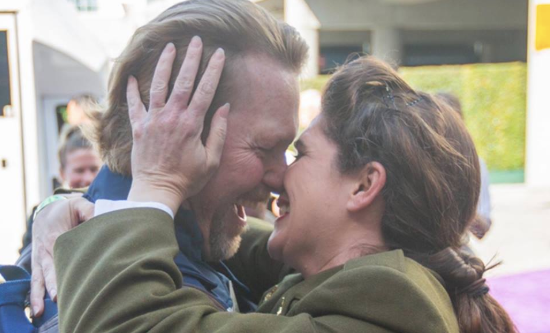 Dressed as Captain America, Shawn Richter got down on one knee to propose to the Peggy Carter of his life, Lisa Lower. This happened in front of a crowd in the Los Angeles premiere of “Avengers: Endgame” last Monday, April 22, as per Inside Edition.

“It’s a little bit smaller than an Infinity Gauntlet, but I think [you are going to] like it,” Richter told Lower.

The Captain America fan, who is also a writer for fan site The Marvel Report, then pulled out a ring and popped the question. The crowd and the media hosts cheered as Lower said yes and pulled Richter in for a hug.

“It happened really fast,” Richter was quoted as saying. “I thought maybe she would suspect something, but it all happened last minute.”

Lower flew from Portland to go to the premiere. Richter, on the other hand, brought his son, who also witnessed the proposal.

The couple first met during Comic Convention (Comic-Con) in San Diego, California in 2017. Being big Marvel fans, they immediately bonded and eventually dated for a year and a half. According to the report, the two often wore matching Captain America and Peggy Carter costumes, as they found their love story “sweet.”

“We also have tattoos that say how we are with each other till the end of the line, which is what Captain America says to his best friend Bucky Barnes,” Lower said.

The newly engaged pair were also able to meet the stars of the movie, including Captain America actor Chris Evans.

The “Avengers: Endgame” premiered this week and is expected to topple box office records. Casey Eridio/JB