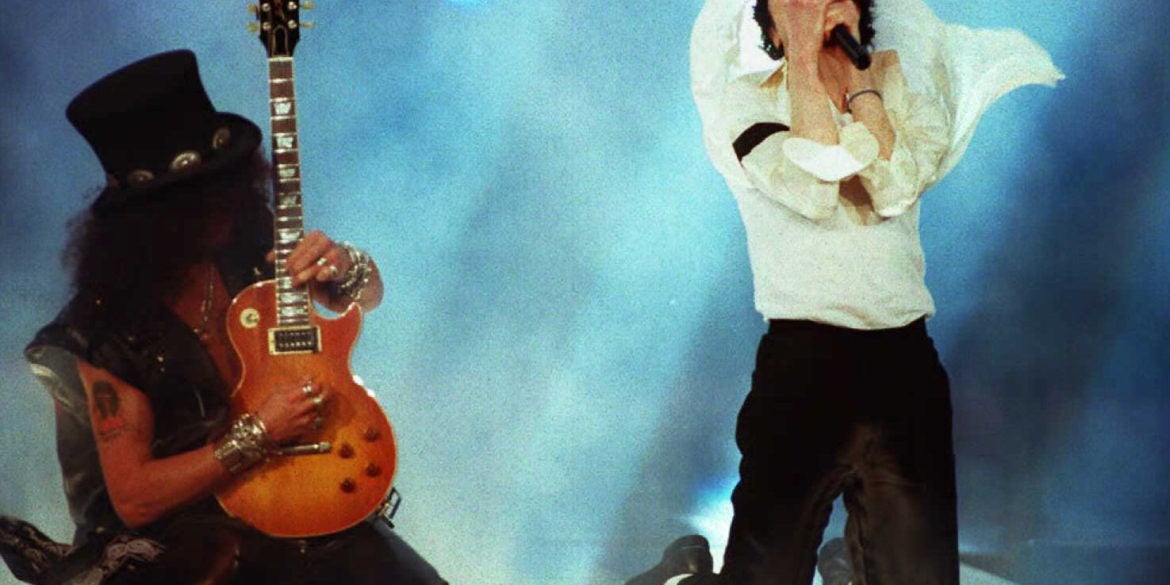 Singer Michael Jackson (R) and guitarist Slash of "Guns and Roses" perform the opening number at the 1995 MTV Video Music Awards 07 September held at the Radio City Music Hall in New York. Jackson and sister Janet Jackson have been nominted for 11 awards for their video "Scream." AFP PHOTO (Photo by DON EMMERT / AFP)

Michael Jackson’s elementary school in Hollywood, California will keep his name on its auditorium despite the damaging allegations of pedophilia made against the late pop superstar in a widely viewed documentary.

Parents and staff members of Gardner Street Elementary School, which Jackson attended in 1969, have voted to leave his name in place after an impassioned debate, school officials announced Saturday.

“A majority of those who participated voted to maintain the current name as the Michael Jackson Auditorium,” said a statement from the school district.

The future “king of pop” attended the school for several months at the age of 11; his family moved away, and he was home-schooled, following the breakout success of the Jackson Five’s first single, “I Want You Back,” and other songs.

But after cable network HBO recently aired the shock documentary “Leaving Neverland,” the presence of Jackson’s name in large letters on an outer wall of the Hollywood school became a lightning rod for several angry parents.

In the movie — which Jackson’s heirs have sharply contested — two men now in their 30s, Wade Robson and James Safechuck, say the singer sexually abused them while they were still children.

Jackson, who died on June 25, 2009 of an overdose of prescription drugs, had faced several allegations of pedophilia during his life, but was never convicted.