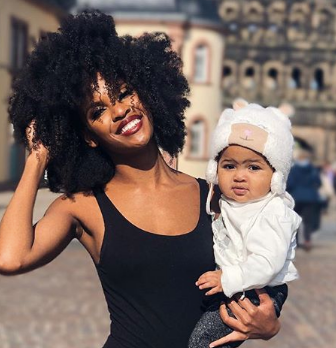 Flight crew, passengers save life of baby having seizure

A mother from Texas, United States credited the passengers and flight crew of American Airlines for saving her baby daughter who had a seizure during their recent flight.

Janay Flowers took to social media where she shared the story of her baby Nevaeh, who had a febrile seizure while they were aboard Flight 607 from Tampa, Florida to Dallas, Texas last April 25.

“My precious baby girl had a febrile seizure when we were about 10 minutes out from landing in Dallas,” Flowers said via Instagram on April 29. “I was traveling alone with Nevaeh and did not have a clue what to do but cry out for help.”

Flowers said two people immediately came to their aid and discovered Nevaeh was burning up.

“They took her onesie off and she was running a serious fever, her toes were blue, and she could barely breath,” she said. “They called out for any doctors on the plane and about 3-4 additional people came running to help also.”

The strangers who came to their aid worked diligently to save her baby. One man ensured emergency medical services was at the gate as soon as the plane landed, while others administered oxygen to Nevaeh and took her pulse.

“As soon as our plane landed, we all rushed to the front of the plane while they grabbed all of my belongings. One man carried my baby, one man kept thumping her foot to make her cry, I sang you are my sunshine and prayed like I never prayed before. It seemed to last forever.”

Baby Nevaeh was rushed to the emergency room of Baylor University Medical Center where she was given treatment. She is now in stable condition.

Meanwhile, two of the people who came to baby Nevaeh’s aid has since reached out to Flowers after her story made the rounds in the media. Flowers took to Instagram again yesterday, April 30, where she shared a photo of Tiffany and Alvin, the two passengers who first responded to her calls for help.

“It was amazing to speak to the woman that saved my baby’s life,” Flowers said. “Turns out, Tiffany is a nurse! She told me things that I didn’t know about this situation that happened with Nevaeh on the plane.”

Nevaeh was apparently not breathing in the plane and Tiffany was about to start doing CPR, except she did not tell Flowers so as not to freak her out more.

“She told me that Nevaeh was not in good shape at all and it didn’t look like she would make it but she did everything she could to keep her!” she said. “Words cannot describe how thankful we are. They saved our baby’s life.”

Flowers is grateful she was able to connect with Tiffany and Alvin and added the two are already making plans to attend Nevaeh’s first birthday party this May. JB