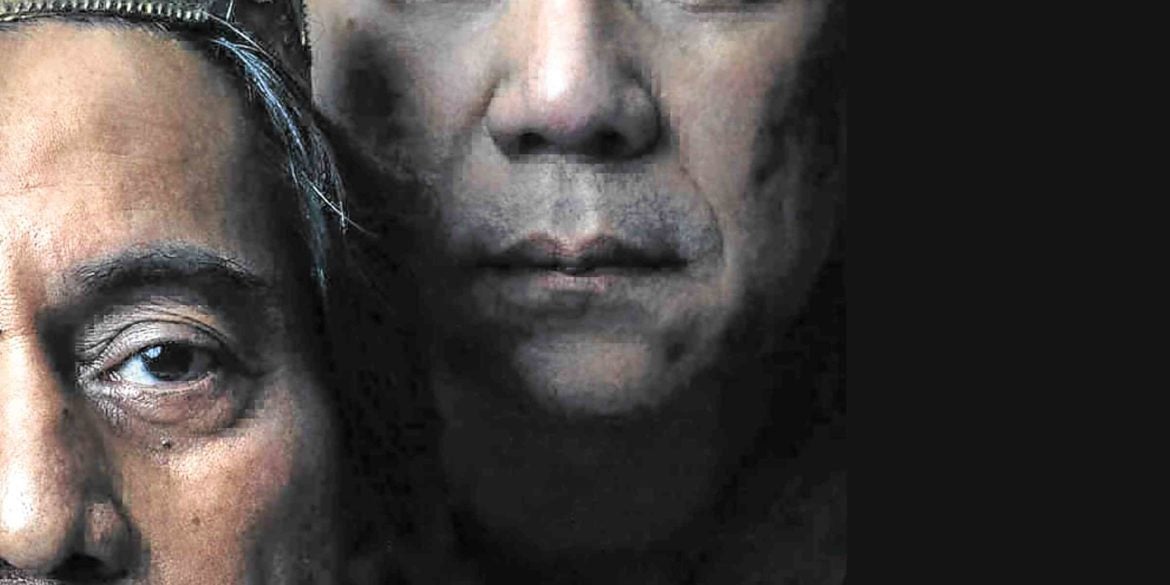 ‘The Dresser’ brings three theater stalwarts together for the first time

Guzman now finds himself taking another stab at Lear. This time, however, he’s playing an actor playing Lear—in Loy Arcenas’ production of Ronald Harwood’s “The Dresser,” which opened last night as Repertory Philippines’ (Rep) third production for the year.

Set in the backstage of an English theater in World War II, “The Dresser” chiefly revolves around the relationship between an aging actor, referred to only as Sir, and his personal assistant, Norman. The story takes place in the course of an evening, where Sir, plagued by senility, if not dementia, struggles to get through a performance of “Lear.”

In this Rep production, Norman is played by Audie Gemora, who returns to the 52-year-old company after his Gawad Buhay-winning turn as the flamboyant director Roger de Bris in 2013’s “The Producers.” And with both Guzman and Arcenas making their acting and directorial debuts, respectively, for Rep, “The Dresser” marks the first time the three stalwarts of Filipino theater are working together.

Gemora was actually the one who recommended the play to Arcenas, when the latter directed the former in Tanghalang Pilipino’s (TP) “Eurydice” in early 2017. By then, Arcenas had been back in the country for a good six years, having spent most of his working life as a New York-based director and designer, and was only about to release his biggest film to date—the Metro Manila Film Festival Best Picture “Ang Larawan,” his cinematic take on the musical adaptation of Nick Joaquin’s “A Portrait of the Artist as Filipino.”

“Loy put a lot of value in studying the book [for ‘The Dresser’],” Gemora says. “A lot of time was spent dissecting the script and characters. It’s a tedious process which led to intimidating photo-finish run-throughs, but by opening night, the cast was good and ready.”

“At first it was a bit confusing,” Guzman says of Arcenas’ process, “but when I slowly deciphered things, I began to figure out where he was coming from. He took the time to sit down and discuss the character with me throughout the rehearsal process.”

It was only a year before “Eurydice” when Gemora and Guzman appeared in the same production for the first time, playing Oberon and Theseus, respectively, in TP’s “Pangarap sa Isang Gabi ng Gitnang Tag-araw,” a Filipino adaptation of “A Midsummer Night’s Dream” using the late National Artist for Theater and Literature Rolando Tinio’s translation.

“I first saw Teroy in Red Turnip Theater’s ‘33 Variations,’” says Gemora, referring to the 2015 production that won Guzman his first Gawad Buhay Award for Featured Actor in a Play for his turn as a fictionalized version of the composer Beethoven—“Lear minus the bitterness and cosmic rage,” wrote former reviewer Exie Abola of that performance.

Gemora continues: “I was so intrigued by him. I remember commenting, ‘Who is that guy and where did he come from?’ He’s been in the theater for about as long as I’ve been, yet our paths never crossed because he acted mostly in UP [Diliman] while everything I did was down south.

“Tita Joy [Virata, Rep’s associate artistic director] called me last year and asked if I would play the title role [in ‘The Dresser’]. When Tita Baby [Barredo, Rep’s artistic director] asked who could possibly play Sir, I threw in [Guzman’s] name.”

Guzman, of course, is no stranger to titanic roles. Apart from Lear, he has also essayed Othello (for Tanghalang Ateneo in 2008); Richard III—the first time under Dulaang UP back in 2000, where he met his wife, Shakespearean scholar Dr. Judy Ick, and again last year, in a Duterte-era adaptation titled “RD3RD”; and Macbeth, for World Theatre Project’s “Screen: Macbeth,” opposite Ick as Lady Macbeth.

“Sometime ago, I was offered to do [‘The Dresser’] with a university company,” Guzman says. “But that didn’t push through, so I’m very lucky to get another chance to do this.”

“‘The Dresser’ is all about the relationship between the two main characters,” Gemora says, “so it is so crucial for Teroy and I to establish rapport between Sir and Norman. It’s like a ping-pong match. I am yin to his yang.” —CONTRIBUTED

“The Dresser” runs until May 26 at Onstage Theater, Greenbelt 1, Makati City, with performances on Friday-Saturday at 8 p.m. and Saturday-Sunday at 3:30 p.m. Ticketworld tel. 8919999
or ticketworld.com.ph.