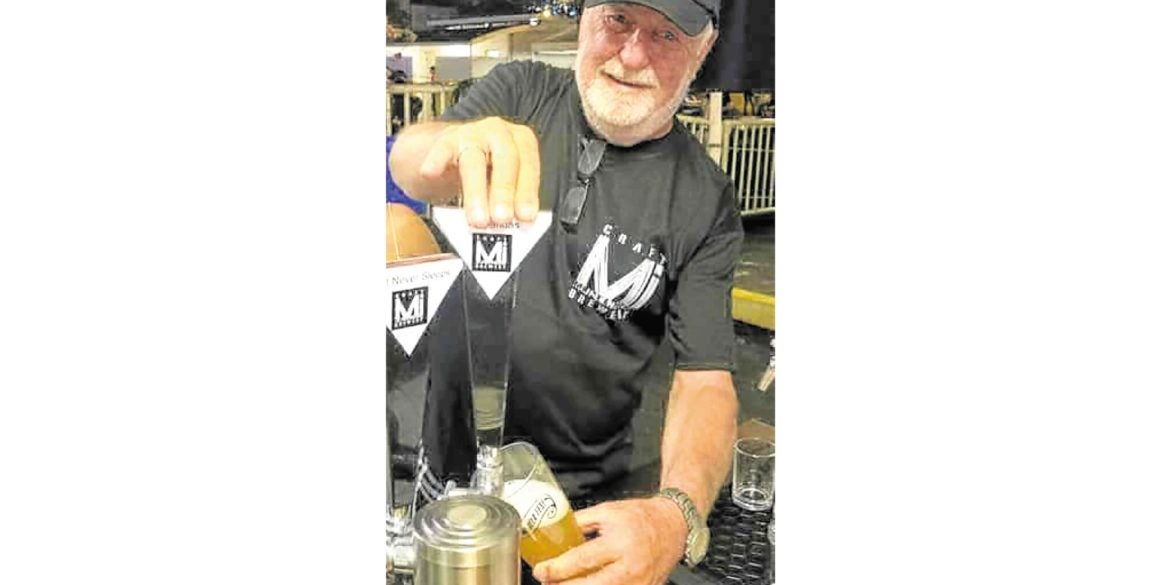 “Go over to that side, where the small independent brewers are,” says Jun Flores, pointing to the other end of the open-air lot, on the second night of the 1st MNL Beer Fest, held April 26-28 at Greenfield District in Mandaluyong.

Flores, Craft Beer Association of the Philippines president, helped mount the beer fest, an offshoot of the MNL Craft Beer Festival which began in 2017 and is now an annual event also in Greenfield.

The difference is, the MNL Beer Fest showcases local and international brands.

Following Flores’ tip, I found the stall of Munting Ilog, whose beer tap was manned by a Caucasian, Ray Mills. Recalling how he got into the gig, Mills said he was a champion beer brewer back home in Australia, met a Filipina, married her and moved to Munting Ilog, a barangay in Silang, Cavite. He ended up practicing his craft and named it in honor of his adopted place.

When I asked which of Munting Ilog’s 11 variants he would recommend, Mills said: “Talipandas.” Described as a New England IPA (India pale ale) with 7.1% alcohol content, Mills boasted Talipandas is loaded with fresh Cavite-grown mangoes.

I hesitated, taken aback by the alcohol content, which is stronger than Red Horse, and the nasty kick that Talipandas, by its very name, could unleash.

Choosing instead Gladfield Kolsch, a German ale whose 5.5% alcohol content is similar to that of San Miguel Pale Pilsen, I felt what people like about craft beer—a distinctive, flavorful, refreshing taste. Flavorful, in this case, does not mean the “fruit-flavored” synthetic types the major brands offer, but rather something that awakens the taste buds from craft beer’s ingredients: malt, hops and yeast.

Most craft beers are pretty expensive, averaging over P100 per 330 ml glass. That’s because they come in limited quantities, compared to the big volume that the major brands sell. The advantage is that you get buzzed with just two glasses.

Another stall, Crows, was manned by John Joe Joseph of the band Mr. Bones and the Boneyard Circus. Owned by Jose Mari Cuervo (ex-frontman of Razorback), Crows has been drawing attention for its craft beer De Puta Madre, which I also opted to pass due to its 8% alcohol content.

What caught my eye was a bottle of Crows Craft Gin—said to be infused with 23 foraged botanicals from Bulgaria, Chile, China, Croatia, Egypt, France, India, Morocco and selected citrus fruits and flora from the Philippines. A small sip enhanced the beer buzz that somehow made me oblivious of the hot weather.

The MNL Beer Fest should be an annual thing. Cheers!