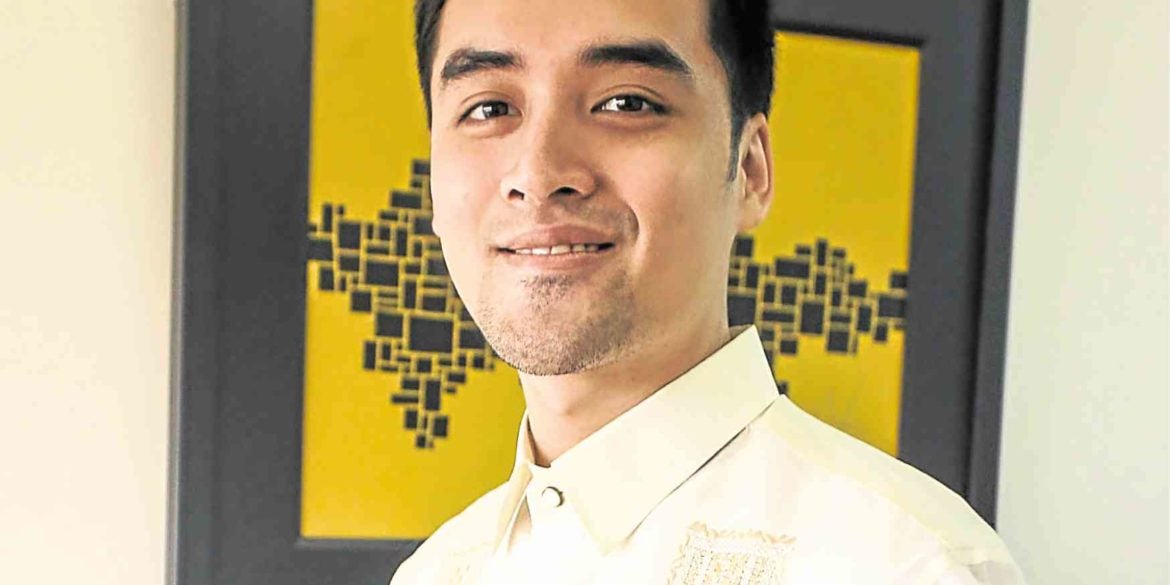 Vico Sotto, through his mother’s eyes

Newly elected Pasig Mayor Vico Sotto was just a little over a year old when his mother, TV host and actress Coney Reyes, decided to end her relationship with his father, comedian Vic Sotto.

“I surrendered my life to God on Oct. 29, 1990, and soon after that, I knew I needed to end things with Vic,” she tells me in an interview last Friday.

It wasn’t an easy decision, but Coney knew it was the right thing to do, if she was to do right by her children. “How can I make my children obey me if not everything was right in my life?” At the time, Coney’s marriage to her first husband had already been annulled, but Vic’s own marriage (to actress Dina Bonnevie) had not.

From that point on, she chose to walk the path of a single mother and devoted herself to God, her three children and her craft.

She recalled: “The first few years were hard. I was scared and would cry out to the Lord. How am I going to do this by myself? But in one of those moments of despair, the Lord gave me Isaiah 54:13—‘All your children will be taught by the Lord, and great will be their peace’—and from then on, I felt His peace and confidence that all shall be well, no matter how difficult things may get.”

Who Vico is today, is in large part due to his mother’s devotion in his formative years. The mayor-elect is only 29.

“I quit the daily show grind primarily so I could focus on him, and also to keep away from his dad. I did only my weekly drama show on TV while he was still young,” says Coney.

Mother and son were often together, and every night, she would read him stories because he loved books: “He wouldn’t be content with just one book. It had to be four or five at a time!”

In church, at four or five years old, he refused to go to children’s Sunday school because he wanted to stay with his mom. To keep him quiet, Coney would give him paper to scribble on.

She recounts: “I thought he wasn’t paying attention in church, but later on, he would say things that would surprise me. And when I’d ask where he learned it, he would simply say, ‘church.’ Nakikinig pala!”

When his school moved to Mamplasan in Laguna, Coney relocated the family there on weekdays so that Vico could be nearer school.

“He would just walk from the house to school. It’s a good thing I was also at a point in my career where I was able to do this,” she says.

“When LA was in college, he would share some of his readings with Vico. Even at eight or nine, Vico was already reading up on politics and history, which he loves to do to this day.”

Coney says that Vico was the sort of child who never asked for anything. “He has very simple needs. That’s why, on the very rare times that he asks me for something, nagmamadali talaga ako to get it for him kasi it’s very rare.”

In the grueling 45-day campaign, he never complained about the heat or the crowds or the lack of sleep. At the close of each day, he would simply sit in one corner or excuse himself to rest for a bit. And he kept a daily journal, which he shared on Facebook, of the things he learned, the things that moved and inspired him.

“Vico is very focused and has always had a heart for service, I guess,” Coney says. “When he was younger, he wanted to do an outreach for his birthday. It wasn’t the regular party for an orphanage. He would go and find out what they needed, then we would go and buy it and bring it to them on his birthday—quietly, and without fanfare.”

In parent-teacher conferences in his elementary years, his teachers would often tell Coney that Vico was a different kind of leader. When asked to elaborate, his teachers said, “His classmates like to go to him and seek his help, but he never calls attention to himself.”

It’s not surprising that he is simple and direct in his ways. His parents have been known to be low-key and quiet in helping others. It’s apparent in interviews that Vico is closer to his mother. But he now has a steady, loving and respectful relationship with his father, as well.

Coney has lived quietly, but now that Vico has been proclaimed mayor, upending a 27-year dynasty in Pasig, things are about to change. “Maybe things will become busier now and, as his mother, I’m just here to support him and pray for him,” she says.

It is apparent how proud Coney is of all that Vico (who’s a bachelor) has achieved at such a young age. And he remains protective of his mother.

“The other day, we were discussing something and I told him, ‘Naku people might misunderstand. They’ll say his mom is like this, our mayor is like this…’ He said, calmly, ‘Mom, cool it. Remember, I’m not your mayor, I’m your son.’ When he said that, I almost cried.”