"I'm done being the subject of bandwagon stories for likes": James Charles releases a 40-minute video to clear his name | Inquirer Lifestyle 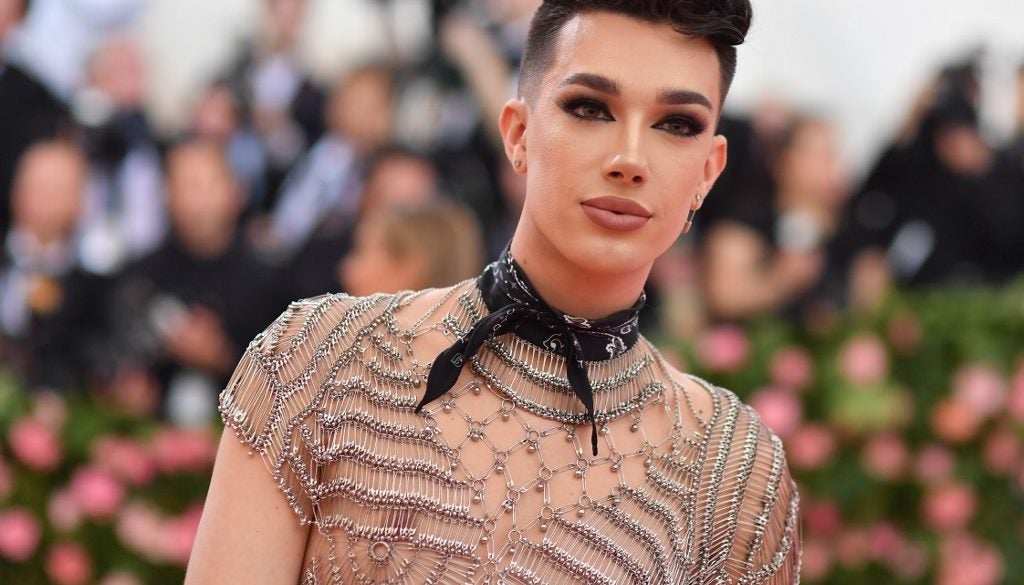 “I’m done being the subject of bandwagon stories for likes”: James Charles releases a 40-minute video to clear his name

Clocking in at 41 minutes and 35 seconds, James talks about every other issue that’s been thrown at him, from the Coachella/SugarBear Hair confusion to the sexual misconduct allegations. He’s got a full beat on and the longest lashes in history: it’s his game face.

James comes in with everything that he’s got. He pulls out his set of screenshots of texts, missed calls, and Instagram DMs to clear his name. Though he stands by the initial apology he gave to Westbrook, he offers up his side of the story and the other details left out to prove his innocence. He also attacks all the points Westbrook brought up systematically through a clear timeline with dates of when things happened and when they didn’t.

On the Coachella/SugarBear Hair controversy, he walks us through how feeling unsafe while in the music festival due the number of fans approaching him sent him into a panic to reach out to the vitamin brand. In exchange for private passes and security, he agreed to do a social media post for SugarBear Hair. Charles then shows how he immediately tried to reach out to Westbrook to explain what happened and why he promoted a brand that’s a competitor to Westbrook’s Halo Beauty.

On the multiple accusations of using his fame to manipulate straight men to do his liking, he acknowledges the murky waters of sexuality. He’s a gay man who likes straight men. Sometimes, that like is reciprocated and sometimes, it’s not. But according to Charles, he has never used his money, fame, or power to make someone do something they are not comfortable with.

He does admit to sliding into the DMs of a guy’s he finds cute but stops the conversation once the other party says they are straight and not interested.

Despite saying that these are messages are just a simple “Hello” or a compliment and nothing inappropriate, Charles says that he will no longer be sending out these messages seeing how some people find it too straightforward. He says that he’s also reached out to these boys and apologized to them.

What Charles goes in on is the serious matter of lies being perpetrated online that could hurt the LGBT community. He points out an incident with popstar Zara Larsson who accused Charles on Twitter of messaging her boyfriend several times. “And this tweet got half a million likes before it was deleted. In her defense, she did, later on, say that it was only one message but it was way too late because the media already ran with it, saying that I was harassing straight men and wouldn’t leave him alone,” Charles says. He also clarifies that had he known that Brian H. Whittaker, Larsson’s boyfriend, was in a relationship, he would have never sent him a message.

Charles also points out that in this situation, he finds it hypocritical how some double standards are in play to vilify him.

“Why is it okay for Zara Larsson, a woman with a public platform to tweet these photos of a shirtless man and say ‘Who are you?’ ‘Where do you live?’ ‘How old are you?’ ‘Why are you so fine?’ ‘How do you like your eggs cooked in the morning? but for me as a gay man to DM the person in private the same person with a simple compliment is predatory?”

Charles is referring to how Larsson found her current paramour online, via posting thirsty tweets of him.

Charles goes in on the multiple fake stories that have come up on social media that accuse him of sexual assault. These include fabricated stories that were deleted and acknowledged as lies by their authors, along with Photoshopped images. “I’m done being the subject of bandwagon stories for likes.”

His long conclusion to his video starts with him saying that making a video is his only way to reach out to his fellow YouTube vloggers like Jeffree Star.

Star has been a vocal supporter of Westbrook. Charles presents the texts between him and Star where the latter says he will be talking to the boys the former has allegedly harassed. He also pulls up texts Star sent to Charles’ brother and his best friend where he continues to accuse Charles of sexual misconduct.

“Jeffree’s messaging about me both in private and in public was hurtful, defamatory, extremely excessive but most importantly, literally all based on lies. I wish I knew why he was doing all this but at the same time his track record with public feuds makes none of this a surprise,” says Charles. “Tati made a video telling stories about me and publicly humiliating me and now I have serious allegations about me that could be detrimental to my career.”

Charles says that Westbrook and the other parties involved have tried to reach out to him several times in private but that it was only fair that since all the damage was done publicly, then it was only fair he talks about his side publicly before any private meetings are set.

“Joining in the bandwagon hate and cancel culture is incredibly, incredibly toxic. And it’s very concerning to me that as a society we’re becoming okay with guilty until proven innocent instead of the other way around,” says Charles of the social media circus the past week has been.

He then ends the video with an apology to his fans, which he fondly calls “sisters” and thanks those who still supported him despite everything. This includes the social media personalities who’ve reached out to him.

He then finally concludes: “In the spirit of turning something negative into a positive: Bye, sister.”