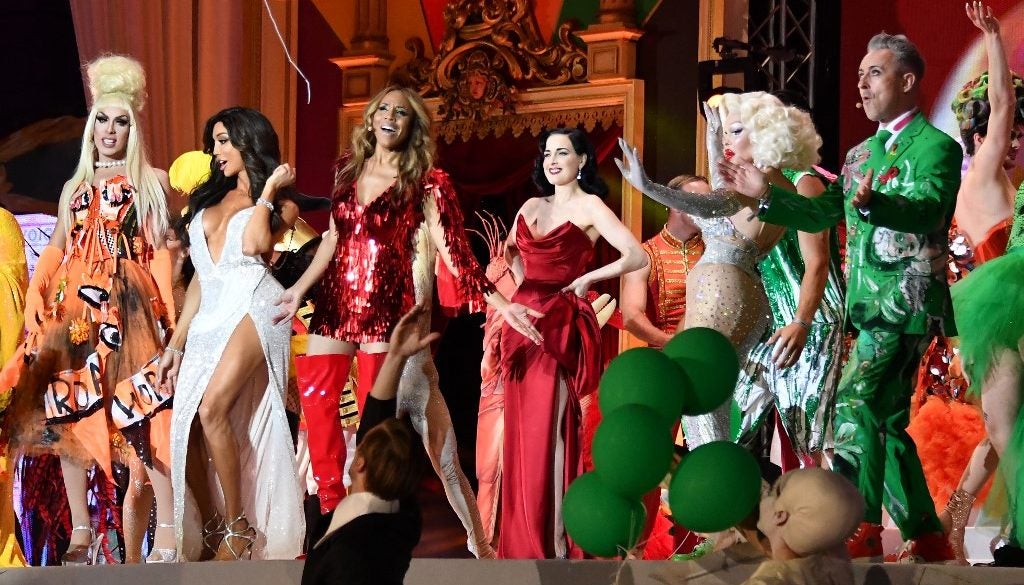 The Austrian capital of Vienna bade farewell to the iconic Life Ball AIDS charity fundraiser Saturday as its extravagant costumes and celebrity guests took over the city’s town hall for the last time.

Launched by former make-up artist Gery Keszler, among others, the ball has raised around 30 million euros ($34 million) for anti-AIDS causes within Austria and abroad since its first edition in 1993, organisers say.

Keszler announced last month that this year’s edition of the ball would be the last due to a lack of funding.

This year’s ball began with a spectacular opening ceremony inspired by the worlds of magic and the circus, as well as the classic film The Wizard Of Oz.

Austrian Eurovision winner and drag star Conchita Wurst was one of the “ringmasters” of the evening’s festivities and kicked off the opening ceremony with a procession of acrobats, circus freaks, stilt-walkers and — in a nod to Viennese ball tradition — 200 “debutantes” of all ages.

The ceremony paid homage to the history of LGBT activism, including the 50th anniversary later this month of the Stonewall riot in New York which is considered the precursor of the modern gay pride movement.

Rooted firmly in the activism of Vienna’s own LGBT community, the Life Ball has become one of the world’s biggest AIDS charity events over the past three decades, attracting up to 45,000 guests and on-lookers a year.

Regular tickets cost 180 euros, but tickets with red carpet and VIP access can go as high as 550 euros and 990 euros.

The Life Ball also became something of a jet-set fixture, with Elton John, Naomi Campbell and Vivienne Westwood just a few of the famous names to have attended over the years.

In an emotional speech at the end of the opening ceremony, Keszler insisted he and his colleagues had had no choice but to make this year’s edition the very last.

Organisers say the ball is no longer viable as, paradoxically, advances in treatment and prognosis for people with HIV and AIDS have meant fewer donors are willing to contribute to such causes.

Some of those who have benefitted from the funds raised by the ball in the past expressed their concerns over the impact of it ending.

However, many guests on the red carpet on Saturday said they hoped that the Ball could continue in some form and Vienna city authorities haven’t ruled out a possible revival of the event at some point in the future.

Vienna’s Mayor Michael Ludwig also took to the stage on Saturday and said he was “proud to be mayor of a city which has played host to the Life Ball for a quarter of a century”.

“I am sure the idea of the Life Ball will carry on into the future — we will need the ball in future too,” Ludwig said.

Keszler said he would discuss in the coming months if “something positive can be grown out of the heritage of the Life Ball”.

He said he was “full of gratitude and love” as he reflected on the history of the event.

This year the ball coincides with the 17-day EuroPride festival being held this year in Vienna, culminating in a huge Rainbow Parade in the city centre on June 15.

The World Health Organization estimated around 36.9 million people were living with HIV at the end of 2017, with 1.8 million people newly infected that year and 940,000 HIV-related deaths.