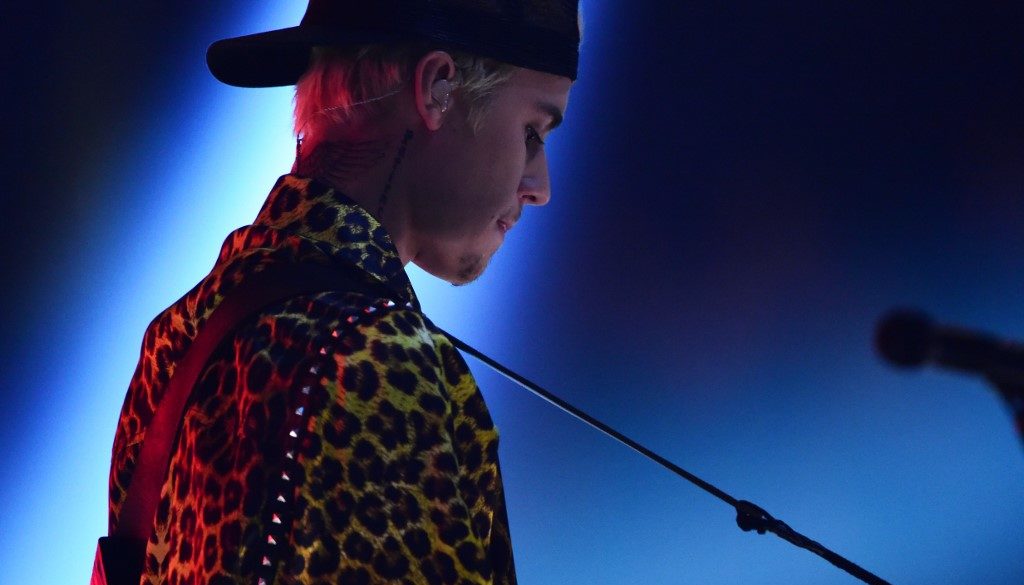 (FILES) In this file photo taken on February 15, 2016 Justin Bieber performs on stage during the 58th Annual Grammy Awards in Los Angeles, California. - Justin Bieber accused Taylor Swift of "crossing a line" June 30, 2019 after she re-ignited their longstanding feud in a post attacking his manager for buying the rights to much of her multi-platinum back catalog. Swift said she suffered years of "manipulative bullying" at the hands of Scooter Braun, an industry powerhouse whose Ithaca Holdings recently bought Big Machine Label Group, which produced Swift's first seven albums. (Photo by Robyn BECK / AFP)

Justin Bieber accused Taylor Swift of “crossing a line” Sunday after she re-ignited their longstanding feud in a post attacking his manager for buying the rights to much of her multi-platinum back catalog.

“Essentially, my musical legacy is about to lie in the hands of someone who tried to dismantle it,” Swift wrote, claiming she had never been offered the chance to buy the rights to her back catalog, which includes “Fearless” and “1989”.

“Never in my worst nightmares did I imagine the buyer would be Scooter,” she wrote Sunday, signing off “Sad and grossed out.”

Canadian superstar Bieber took to Instagram to defend Braun, a music industry powerhouse who also manages Ariana Grande and has worked with Kanye West — another artist who has feuded with Swift in the past.

“For you to take it to social media and get people to hate on scooter isn’t fair,” Bieber wrote, posting alongside an old photo of him and Swift together in the early days of their joint rise to pop superstardom.

“Seems to me like it was to get sympathy u also knew that in posting that your fans would go and bully scooter.”

Swift’s huge social media presence is backed up by legions of fiercely loyal fans — known as “Swifties” — who frequently round on those perceived as slighting her.

“I feel like the only way to resolve conflict is through communication,” Bieber wrote.

“So banter back and fourth online i dont believe solves anything.”