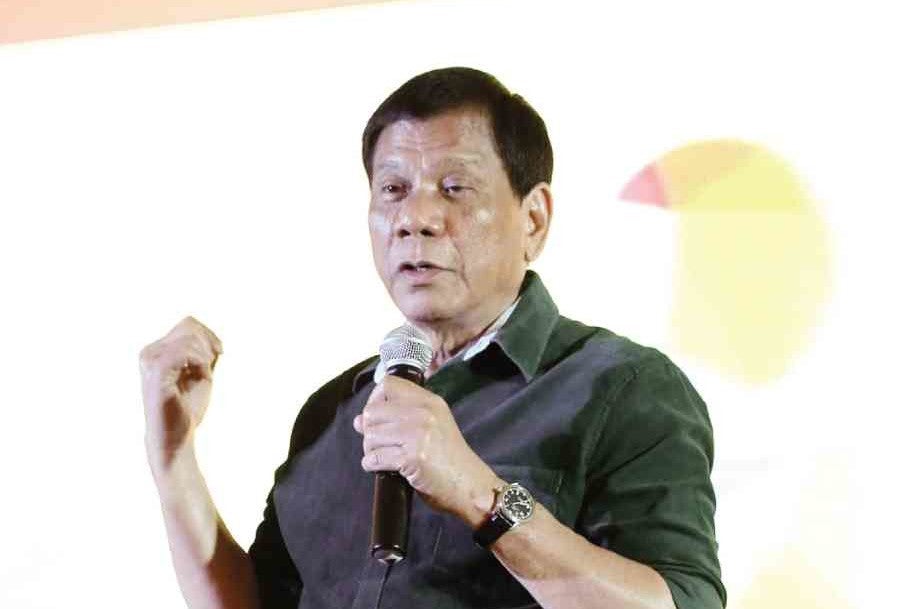 RODRIGO Duterte does not dress to impress.

No mere matter of language

Some say it’s all political trick, something planned, part of some strategy, and they point to his poll numbers to make the point that the coarseness of his language is part of his mass appeal. But, given the depth of his disorder, it’s difficult to imagine him able to say or do anything thoughtfully.

His language is very much in his nature, yet made worse by his psychological disorder. A certified narcissist, he is not to be seen as inadequate in any way. But, with nothing sensible, let alone profound, to say, he is promoted as an eccentric, not easily understood by normal mortals.

Anyway, two types of people like his own type:

In one belong those whose own latent pathology is activated by his case; people who, having languished in dire poverty for generations, are predisposed to be taken with his promises and other fantastic spiels. And, since they themselves speak or, in any case, are familiar with his gutter language, they identify with him.

In the other type are people who can use him, and therefore indulge him, humor him, play him, to their own ends.

His appeal may be explained further in the context of the national operating culture. Filipinos are caught in a web of patronage—one needs a patron to land a job, or get out of trouble. That web ultimately connects to the ultimate patron—the President naturally, and Duterte abnormally.

Language, in that larger sense, becomes a minor factor, no matter how particularly obscene it sounds in Filipino, and no matter that Duterte makes it a point to operate in its basest levels—such levels as gutters go.

If, by the example of his language, he has altered the quality of political discourse, he has done so in the worst sense: people who have nothing to say are inspired all the same to open their mouths.