Boors in expensive, branded clothes, or what is civility? | Inquirer Lifestyle ❮ ❯ 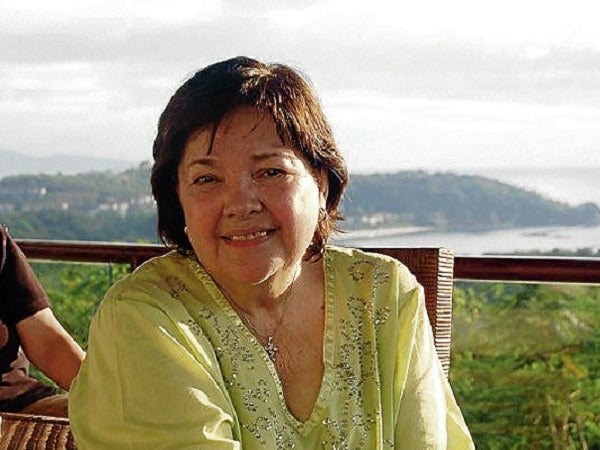 Boors in expensive, branded clothes, or what is civility?

I lunched with an old friend last week. I expected to have a fun time catching up with “the latest” about other friends and family. I did not expect a protracted gripe session about rudeness. What triggered it?

Seated at a table next to us were two young women, obviously well-to-do, spoiled and feeling entitled. They were upset with their server. He was not efficient enough. And they told him so. They were loud and unkind.

She told me of a similar scene she had recently witnessed when she dined with her unica hija. My friend wanted to confront the culprits and tell them off. But the daughter stopped her, mortified just thinking that her mother would end up in a verbal scuffle or worse.

“Why should I refrain from putting someone in his place? Why can’t I call it like I see it?” she asked me. “My daughter says it would be like adding insult to injury, and would make me no better than the coarse people I criticize.”

She went on. “There is no civility left in the world. Gross and arrogant people are all around us. These are the self-proclaimed pillars of leadership, all the time pretending to be paragons of intelligence. They are nothing but boors in expensive, branded clothes. I see no hope of ever restoring our old values. What has happened to us? How did we let our standards go so low? If no one speaks up, how will anything change?”

Her diatribes continued through dessert and coffee.

In the dictionary, civility is defined as “reasonable and respectable behavior.” It is courtesy, politeness and a show of good manners. It is speech or behavior that is a sign of good breeding. It displays consideration, decency, decorum and grace. It means deference, choosing someone else’s comfort or benefit ahead of your own.

Someone describes civility as the art and the act of caring for others. And it costs nothing.

One of the best statements on civility ever was made several years ago by one of my favorite broadcast journalists, Ted Koppel, in a commencement speech at Stanford University.

“Practice civility toward one another. Admire and emulate ethical behavior wherever you find it. Apply a rigid standard of morality to your lives, and if periodically you fail, as you surely will, adjust your lives, not the standards.”

Webster also gives us a list of antonyms. Rudeness is almost a catchall. It includes surliness, conceit, arrogance and vulgarity.

It is not respectful to push your way around just to get ahead, or to raise your voice to drown someone else’s right to speak. It takes character to consider the welfare of others before your own.

Today we live in a world that has no clue about civility.

British writer and playwright Samuel Johnson says: “When once the forms of civility are violated, there remains little hope of return to kindness or decency.”

I will not accept that.

I believe we can still turn the tide. If we really care, we must refuse to go with the flow. If we push back and resist, things will change. They simply have to.

Let us begin by taking a stand against vulgarity. Humor does not have to be nasty or offensive to get a laugh.

We must start looking up again. Our sights have been down in the dirt too long. Many good people have succumbed to the squalor because it was too hard to fight. They say one can get used to the stench of garbage. I look around and sadly see that there could be some truth in that statement.

We must rise up! Now.

It was a “Binondo” weekend for my family. The Tsinoy musical was outstanding. Congratulations to the brilliant cast and production crew. I feel sorry for those who missed it.

While all the performances were excellent, almost flawless, something went awry on the last matinee. What happened is an actor’s worst nightmare.

In a highly emotional scene, the climax of the play, one actor flubbed his momentous dramatic lines.

Everyone froze. The actor turned his face away from the audience. How does one save the moment? One can’t.

The audience reacted, proof that everyone had been hanging on his every word. It sounded like a collective gasp.

It was deathly quiet in The Theatre at Solaire for a few seconds—an eternity for the actors.

There was nervous laughter. Then the crowd erupted in rounds of reassuring applause.

When the play resumed, it was as if nothing had happened. The story and the actors had moved on.

And when it was over, the audience paid loving homage to the amazing talent on and off the stage.

On the way home, I realized that life is very much like a stage play. No matter what you know, or how hard you try, you can still bungle it up or take a fall. What matters is that you get back up and move on.

“Don’t carry your mistakes around with you. Instead, place them under your feet and use them as stepping stones.”