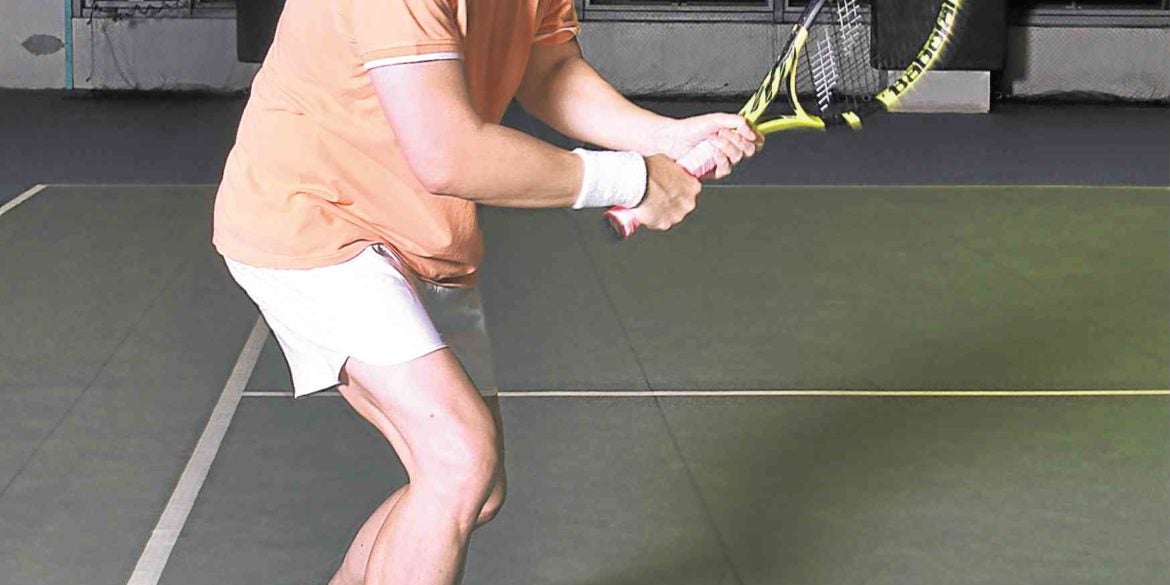 Andrew Masigan: Back to the game after 30 years

‘In business, the goals are far away, but in tennis, you readily achieve something every day, whether it’s beating an opponent or hitting a perfect stroke’

On weekends, a group of business leaders plays doubles at the City Club tennis court. Although they are recent acquaintances, they’ve become tennis buddies as they have many things in common.

They played tennis intensely in their youth—on all courts except grass—but stopped for decades due to job demands. Most of them prefer the same tennis shoe brand because it provides support and cushioning. Tennis helps them get away from their structured lives, and to de-stress.

Andrew Masigan, president of Advent Manila Hospitality Group, comes from a family of tennis players, and was a member of the De La Salle University varsity tennis team.

He picked up the racquet again only after three decades, upon the prodding of his banker, Ericson James Pacaba.

Since he returned to the court late last year, Masigan has been playing three or four times a week and has collected 13 racquets from his travels.

“When I picked it up again after 30 years, it didn’t take long to adjust. There is muscle memory,” says Masigan.

He enjoys tennis because it flexes both his physical and mental muscles.

“When I’m playing badly, that’s when the will comes in. It’s a nice feeling when you buck the trend—you’re losing points, but are able to rally back,” says Masigan.

“This racquet is not forgiving. The face size is smaller. If you hit in the wrong manner, it’s bad. But if you hit the sweet spot, it’s powerful,” says Masigan.

He returned to the sport when he realized that his lifestyle was too sedentary.

“I wanted to do something active again. I missed the feeling of hitting the perfect stroke. You’re in the correct position and there’s this Zen-like state of mind—there’s no effort, and your body moves on autopilot,” says the 37-year-old investment banker.

“In business, the goals are far away, but when you have a hobby like tennis, you readily achieve something every day, whether it’s beating an opponent or hitting a perfect stroke. You are rewarded with small victories.”

Since he was a kid, Pacaba has been using the Wilson RF97 Autograph, the same racquet brand used by his idol, Roger Federer, whom many consider as the world’s greatest tennis player.

Pacaba customizes his racquet by adding lead tape on the frames. In the past, he tended to jar his arm, resulting in tennis elbow. “I added mass to the racquet so that there would be less recoil when I hit the ball.”

He can play on hard court, where the game is faster, and on clay and shell courts where the bounce is lighter and the pace slower.

Michael Kempf, Dusit Thani’s resident manager, started playing at age 6 in his hometown in Hallertau, the world’s largest hops-growing region in Bavaria, Germany. Competing until he was 18, he loved playing in different cities and meeting new people.

The games stopped when he pursued formal training and apprenticeship in hospitality.

Three months ago, Kempf returned to tennis when he found people to play with. “I have a passion for tennis, but the sport needs a partner,” he says.

Although he stopped playing for more than 20 years, Kempf easily got back into form. When he visits Germany, he will buy a Volkl tennis racquet, a brand he has used since childhood. “I had a good swing with it,” says Kempf.

He is always in full tennis gear, from the Lycra to the court shoes.

Aside from developing endurance and strength, the 41-year-old hotelier is enjoying the mental benefits of the game. “You need to be fully concentrated. Don’t change your mind on where to place the ball at the last minute.”

Harmen Haringsma, general manager of S&K Fine Foods Inc., began playing tennis at age 8 in the Netherlands. Summers were spent in tennis camps until he was 16.

A few months ago, Masigan invited him to return to the sport. Haringsma feels recharged after intense physical exertion.

“I’m a workaholic, so I need time to clear my mind. The game of tennis is perfect for that,” he says.

Haringsma is slowly getting back into shape. “One of my strengths is not giving up. If there is the slightest chance to make it to the ball, I’d go for it. I’ve always had a good backhand,” he says.

The 38-year-old entrepreneur prefers playing on gravel (in the Netherlands) because of greater traction, and it allows for greater shock absorption. “When you run and hit the ball, your feet will stop, but not immediately. You slide for about a meter. That is better for the muscles. If you run and stop abruptly, there’s a bigger chance of injury.”

Asked what they relish about playing doubles, Masigan likes the variety in their different skill levels. He marvels at Pacaba’s daily discipline, which shows in the latter’s strength and precision.

Kempf finds the different playing styles more interesting. “I’m good at slice, backhand and forehand. Other people are adept in the backhand or both hands or one hand. You need to calculate how the other is playing.”

Haringsma admires Kempf’s technique. “You can see he had good training from the way he moves, his form and control. They’ve been built into his system.”

The Dutchman says his training was more of trial and error and imitation. He also regards Masigan as a good hitter.

Pacaba notes that his tennis buddies are baseliners. “Michael and I used to play serve and volley. Michael still does that. I do it a lot less. Everybody plays roughly the same with a little bit of power from the back of the court, and we chase the balls. There’s not a lot in offense.”

Nonetheless, Pacaba appreciates this group because everyone gives his best, both at play and work. “I get to exercise, enjoy the company of friends and explore business opportunities. It’s like doing three things at the same time in an hour.” —CONTRIBUTED