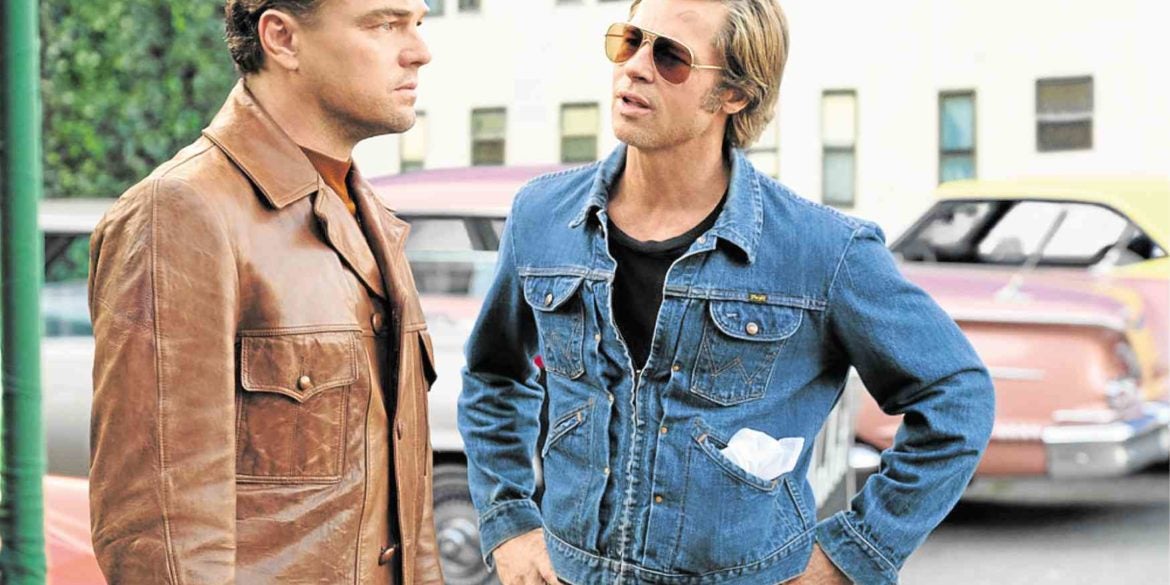 In their first pairing, Leonardo DiCaprio is Hollywood actor Rick Dalton and Brad Pitt is his trusty stuntman Cliff Booth.

The ninth film from a singular director, potentially his second-to-last as he continues to occasionally opine about retiring, the 165-minute long “Once Upon a Time in Hollywood” feels exactly like the film the celebrated Quentin Tarantino would be making at this point in his life. It’s his most mature work, his most personal and also his most indulgent, and not just because of the running time. Indulgent here need not be a bad thing. Because if you’re into what Tarantino’s into, then you’ll find no shortage of delights.

It’s the late ’60s, and Leonardo DiCaprio plays Rick Dalton, a Hollywood TV actor who fears his star’s on its downard trajectory. Formerly the lead of a successful show, he’s now doing guest spots on other people’s shows, usually as the villain. Not a good sign. His regular stunt double is Cliff Booth, played with relaxed elan by Brad Pitt, who’s since become his friend, confidante, and erstwhile driver/gofer since the big roles haven’t been coming in. Booth’s also got a reptuation going against him, one he doesn’t seem to particularly care about. Margot Robbie is Sharon Tate, up-and-coming ingenue, married to the hottest director in town. On the outskirts, a group of youngsters squatting on a ranch, soon to make themselves infamous.

While initial impressions included “fanfiction,” “meticulous in detail” and “indulgent;” upon later consideration it dawned that these could be applied to all of Tarantino’s previous efforts. It’s just that here, everything feels amplified due to the personal nature: there is likely nothing Tarantino reveres more than this era of Hollywood, and you can feel that in the aforementioned indulgence and attention to detail, a love letter to the era and medium that’s given him so much. A hermetically sealed bauble that went to great lengths to recreate the Sunset Strip of his dreams as well as the Western TV shows that fueled his imagination.

It’s also his most emotional film, thanks largely to DiCaprio, adding another feather in his cap of standout performances as he allows the vulnerability of his insecure Rick Dalton to shine through. Faced with the struggle of waning into oblivion, his breakdowns and inner turmoil make for both moving and humorous moments, sometimes in the same scene. Robbie gets her turn in one of the standout scenes, as Tate enters a matinee to surreptitiously watch a movie she stars in, basking in the anonymous enjoyment and laughs of the audience at her onscreen persona. The lure of Hollywood and stardom is the bedrock of the film: Dalton’s fear of losing it, Tate’s casual ascendancy; even the Manson family are starstruck despite themselves.

That doesn’t mean all is well in “Hollywood.” Though it’s impossible to talk about some subjects without venturing into spoilery territory, this may be the first predictable Tarantino film, especially if you’re already familiar with his recent works. You’d think he’d tamp down his foot fetishism, especially after being embroiled in a #MeToo-adjacent scandal, but no, those little piggies are still on full display. And a scene implying the murder (or manslaughter) of a woman as a punchline might leave some with sour tastes in their mouths.

It does feel like Tarantino is settling into elder statesman status as he (possibly) winds down to the end of his filmmaking career. “Hollywood” is his least flashy film, least frequently funny; it goes perhaps with the uptick in the maturity and emotional weight. There’s a lot to process and unpack, questions that will have you pondering them for days after, and that’s usually the sign of a filmmaker operating at a higher level.