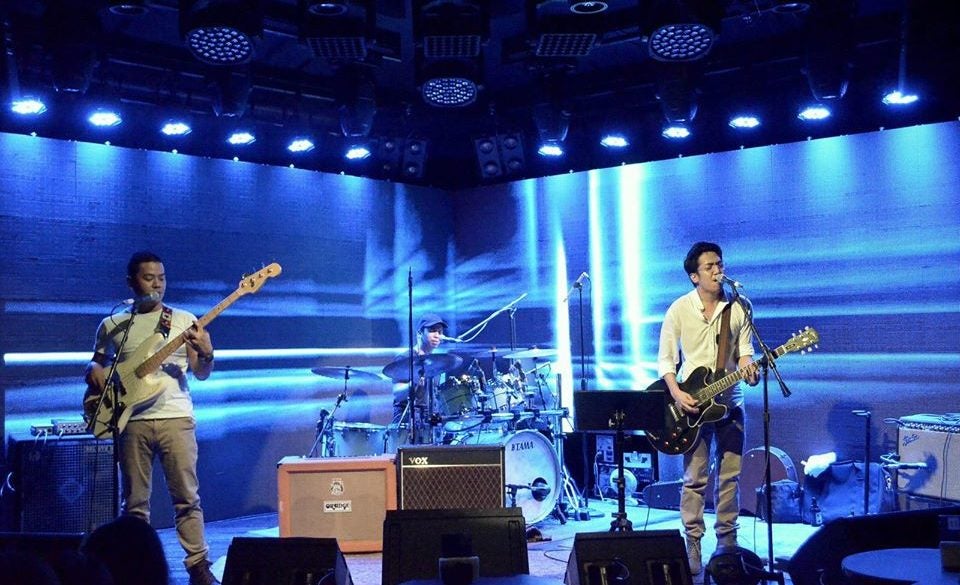 It’s been ages since I last saw Tirso Ripoll and Miguel Ortigas play in a band after Razorback. Same with Johnny Besa, who was the bassist of Pepe Smith’s band that first played at Club Dredd in 1994 after Smith’s release from jail.

I actually caught Besa jam with Overdrive in a recent gig at The Smoking Joint, and he was good as ever.

Ripoll, Ortigas and Besa have formed a band with Kowboy Santos and Beatrice Gomez and it’s called Pigdog. It’s not known yet if the band is writing its own songs, but at present, it plays hard rock covers including Led Zeppelin’s “Immigrant Song.”

I’ll get to see Pigdog play live for the first time, back-to-back with Bleu Rascals, on Sept. 14 at Green Sun in Makati.

Hope my eardrums can still take full-volume rock, although I managed to survive one gig at La Collina that featured Santos blasting electric energy on lead guitar.

But of course, Bleu Rascals’ Paul Marney Leobrera will add fire and thunder to the night, since the band plays hard-edged blues—where hard rock or heavy metal came from.

Nonetheless, it’s going to be a great night for rock ’n’ roll as performed by highly competent Filipino musicians.

The Smoking Joint, which is promoting the gig with Green Sun, will handle food and drinks.

At the recent opening of Homare Japanese Restaurant at The Bellevue Manila in Alabang, I washed down the tuna and salmon sashimi, along with tempura and Angus beef tenderloin, with Roku Japanese Gin Tonic. Two glasses gave me a nice head.

The drinks served at the opening included Sapporo beer and sake, although for sure the bar also has Japanese whisky.

Homare is a good stopover if you travel to Las Piñas or Cavite via Alabang-Zapote Road. It’s a nice place to hang on a weekend night out.