‘Plant-based parenting,’ or how a Grade 3 kid plans to save the planet | Inquirer Lifestyle 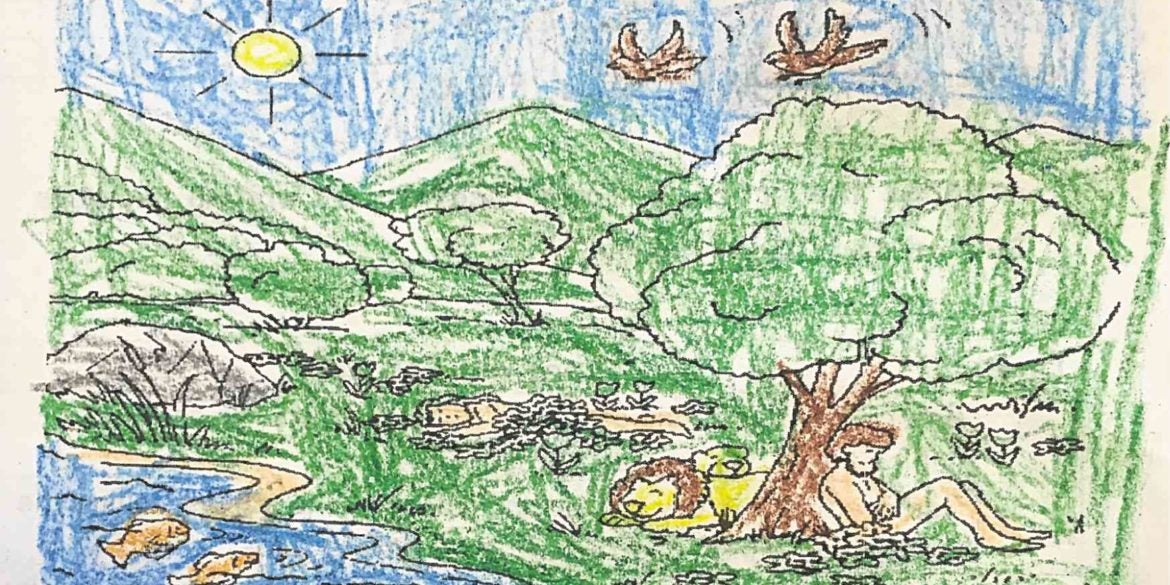 ‘Plant-based parenting,’ or how a Grade 3 kid plans to save the planet

My 8-year-old son Jack’s Christian Living teacher deducted a point from his test for his reply to this question: “How can you take care of God’s creation? Give at least three specific examples that you can really do as a Grade 3 student.”

I wrote to her, asking why his answer was not accepted. I explained that I had raised him vegetarian for the first two years of his life, but that we were transitioning to even more plant-based nutrition at present. I also enclosed a copy of a piece I wrote that appeared in this paper in 2013, “Why do we continue to eat animals?” to give her a better understanding of Jack’s thought process and background.

Teacher considered his answer and gave him the point without a reply. I hope it was because she was enlightened with new information, and not just to silence a persnickety parent.

I posted this whole quandary on my social media, and got some polarizing responses:

Alba: “There shouldn’t be points deducted here because this question is purely based on opinion. Had the teacher said, ‘Based on God’s teachings or what we discussed through God’s words,’ then I could understand getting points deducted because it connects to something explicitly taught. In this case, it asks a third grade student to reflect and express a personal, unbiased approach. You’re right, time to educate the teacher!”

To the last comment I replied, “1. We do. But we are allowed to clarify to further understand, and it goes both ways. 2. Agree, eating animals is not forbidden. But what is asked is how a Grade 3 student can take care of God’s creation, and one way he replied is not to eat His creations. 3. We are currently not on survival mode; we are humans with free will and we have options, especially if we are educated. The onus is on us to act on what we know. My children and I cannot plead ignorance because we chose to know and understand where our food comes from. No judgment on omnivores, as we are all on our own journeys. Issue is his answer should be considered, out of principle.”

At the Plant Fit Summit 2017 webinar series, Dr. Neal Barnard advised, “If you have a child, be a parent. Don’t be uncomfortable about your vegan diet. Don’t let a child 8, 10 years old decide what they want to eat. You wouldn’t let them decide to smoke pot or take heroin at that age, would you? If there’s an oncoming train, you take them off the tracks. You know what meat and dairy can do to your children, so protect them. It’s going to lead into uncomfortable discussions with school teachers, relatives, partners, but be their parent.”

A meme comes to mind of an eye-rolling lady saying, “So basically what you’re saying is that you’ll give up straws to save the fish, but you won’t actually stop eating fish to save the fish?”

In the same summit in 2019, social entrepreneurs Margaux Khoury and Joshua Bruce David spoke about creating a toxic-free life and raising plant-based children.

They have been raising their three children (2, 5 and 7 years old) vegan since Khoury was pregnant with their first child. “We like to say we’re raising compassionate children, not plant-based children,” she said.

When confronted with doctors or people out of their sphere about how they get balanced nutrition, they counter, “Well, where do the animals get their nutrition? Cows, pigs, chickens—we’re just going to the source of nutrition.”

They say they are direct with their children when it comes to food. “I ask, ‘Do you want to eat the cow?’ and my son looks at me with a funny look and says, ‘No.’ We don’t use euphemisms such as ‘beef,’ ‘pork’ or ‘bacon’ and call them what they are.”

How do they handle family gatherings? “We brought our own food once to a family member’s house and they didn’t like that. So we advise to spread the message lightly and with kindness.”

What do they do for birthday parties? “We are part of a unique community with families that parent the same way we do, which is peaceful, ‘simplicity parenting.’ We often bring enough food for every child in the party. We’re very protective of who they associate with because they’re still very impressionable at their age,” they said.

Have their children rebelled against them? Khoury replied, “Of course, they want autonomy over their choices; no one likes to be controlled. But if you give them choices and information, they’ll usually want to make you proud and make good decisions.”

They recommend watching documentaries “What the Health?” and “Cowspiracy” with children, and introducing vegan-friendly books like “Charlotte’s Web.”

They encourage healthy snacks like fruit. David admitted, “They have the occasional lollipop so long as it has no artificial dyes and flavors. Vegan junk food can be just as addictive as regular food, so we need to be careful.”

For families where a spouse is flexitarian or an omnivore, David recounted, “Dairy was my struggle. It’s hidden, so I can eat cookies with dairy in them or lasagna with some meat in it with my family.”

Khoury said, “He was respectful. He was able to make his own decision eventually. But Mom and Dad need to appear on the same page in front of their children. There can’t be a divide, or things will be very confusing.”

The couple advised, “Parents can create a foundation right now. Always include your children in meal preparation. It’s also important to communicate that whatever they choose, we love them.”—CONTRIBUTED