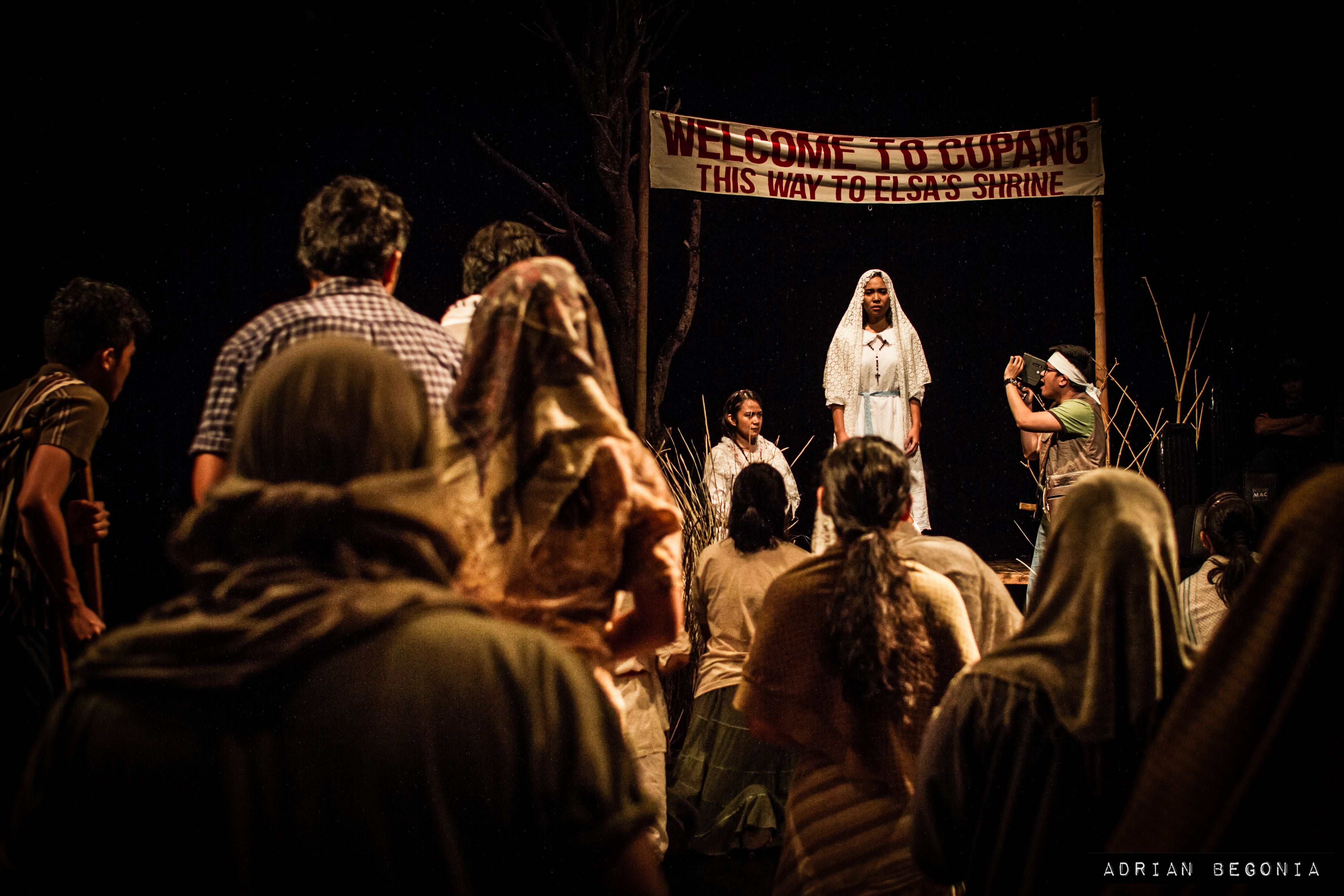 A scene from the brand-new 15th-anniversary staging of “Himala, Isang Musikal,” directed by Ed Lacson Jr. —PHOTOS BY ADRIAN BEGONIA

‘It is not an attack on religion, rather, about people being gullible,’ says director Ed Lacson Jr.

“Walang himala! Ang himala ay nasa puso nating lahat (There is no miracle, the miracle is in our hearts).”

Thus cries out Elsa, who claims to see visions of the Virgin Mary in a depressed community. Her followers are shocked, and one enraged man shoots her dead.

Thus ends “Himala,” the classic film that starred Nora Aunor as Elsa, written by Ricky Lee and directed by Ishmael Bernal. It was made into a play years ago by Tanghalang Pilipino, with May Bayot-de Castro as Elsa and Isay Alvarez as the prostitute. Recently, 9 Works Theatrical staged it as a musical.

“Himala: Ang Musikal” is set for another run by Sandbox Collective and 9 Works Theatrical at Power Mac Center Spotlight in Circuit Makati. The play opens Sept. 20 and will have a limited run until Oct. 20.

Aicelle Santos returns in the role of Elsa (with Celine Fabie covering during certain performances). Bayot-de Castro, this time, is Nanay Saling, alternating with Sheila Francisco.

Theater and indie film heartthrobs Sandino Martin and Vic Robinson alternate as Pilo, with David Ezra, another heartthrob, as Orly.

Asked about the meaning of “Himala” in light of the miracles of the Blessed Mother (some unproven or false, others authenticated by the Vatican), director Lacson said: “It is not an attack on religion, rather, about people being gullible.” Or, pursuing this line of thought, one can say that the play is about people longing for a hero (heroine), religious fanaticism, leading to a violent reaction upon disillusionment.

De Jesus opined that “the play was just waiting to be made into a musical.”

Francisco said, “The message is so clear to me I couldn’t stop sobbing. We were so desperate for answers to questions, to what is happening now. We all have our miracles.”

Santos said the role of Elsa was “really heavy.”

Lacson added: “Elsa’s experience affected so many people, so now is the right time to reshow it. To do it again is difficult. People still want to see it. The cultural environment has changed so we tried to find it again. We had to use more cast members.” —CONTRIBUTED