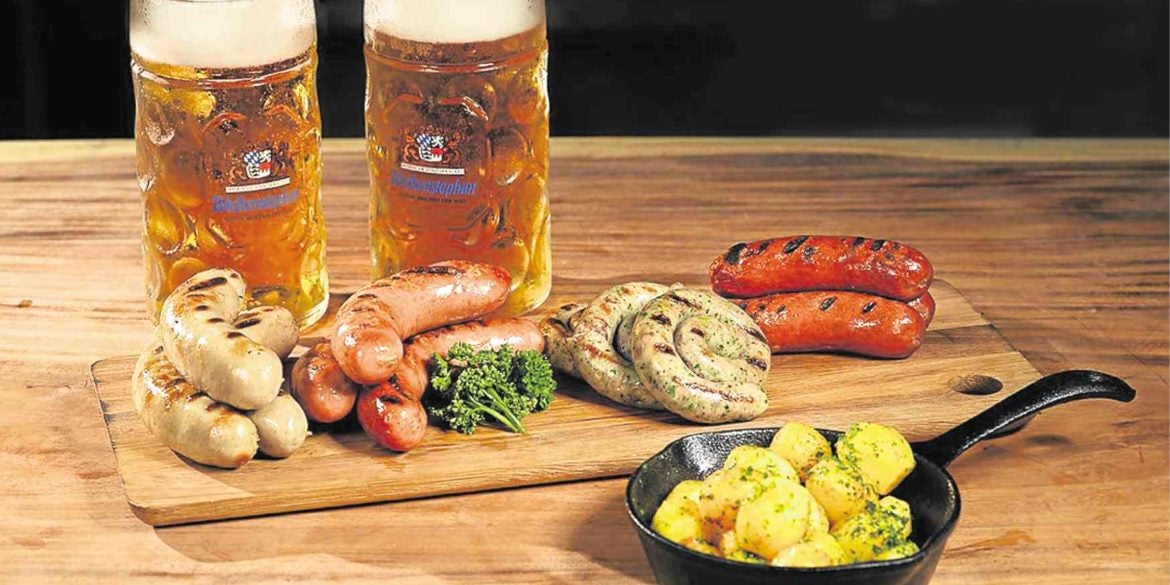 AWESOME OKTOBERFEST FOR EVERYONE

Oktoberfest is Christmas for beer lovers, but did you know that the German festival started in September? It was a two-week wedding party in Munich that culminated on Oct. 12, 1810, held in celebration of the marriage of Bavaria crown prince (later King Louis I) to Princess Therese von Sachsen-Hildburghausen. Super lists Oktoberfest events where we can cheer for beer. Prost!

The Tent at Solaire

In Pampanga, Clark Marriott Hotel will be holding the Oktoberfest party on Oct. 11-12. Revelers can have German wheat beer and bar chow while listening to Munich-based band Anton Show. Get a beer mug and a raffle entry for an overnight stay with the entrance ticket.

Slow-roasted Cuban-style lechon belly with Katipunan Ale are not just for October. Gringo is serving the succulent lechon over the holidays in three sizes: Chikito, Pepito and Bendito. It can be ordered as a set meal or Fiesta Pack for eight. Get the Holiday Boards with Roast Chicken, BBQ Ribs, tacos, nachos and Ube de Queso for groups.

Franks sports bar is known for its Pinoy hotdogs: Chicken Inasal, Bistek Tagalog and Chicken Pork Adobo. Have these with bottles of Heineken, Stella Artois and Hoegaarden.

Can’t have beer? SelvaRey White Rum will be having a one-plus-one promo on drinks—shot, cocktail, bottle—at Backdoor Bar and Resto, and Versus Bar at The Palace in Taguig; and Kermit Manila in Poblacion, Makati.