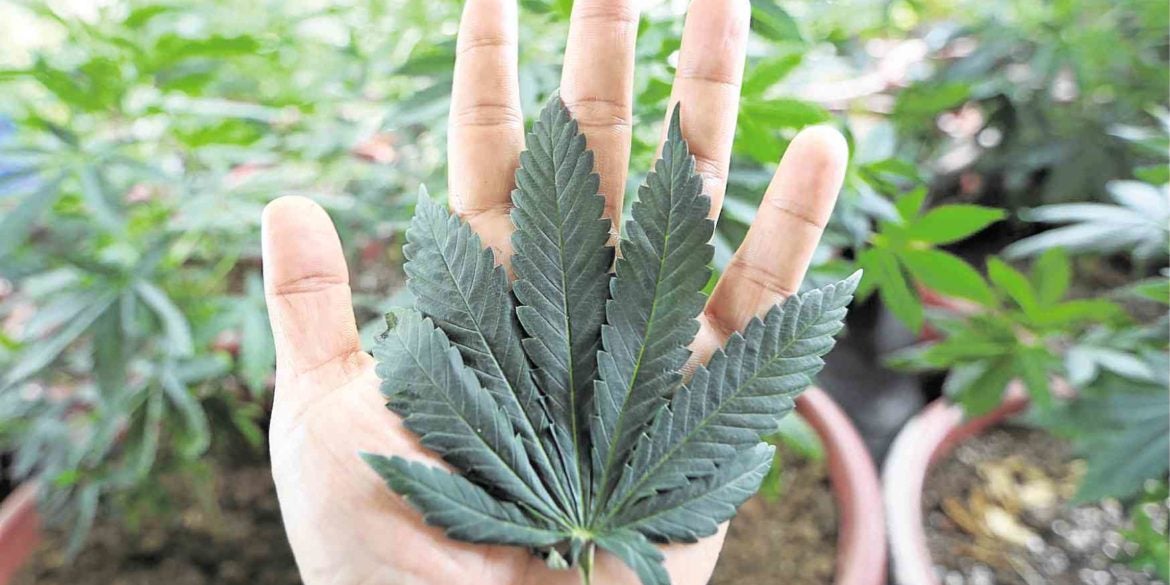 Cannabis “has been cultivated in Asia for over 6,000 years, and used medically for over 3,000 years.” —NiñO JESUS ORBETA

Medical marijuana: A health movement whose time has finally come?

At the recent Invest Cannabis Asia 2019, the first such international event in the country, advocates say it’s time to educate hesitant lawmakers

“I’m not exactly sure what I’m doing here,” says the guy with the glasses.

He looks around the room with an expression that is equal parts puzzled and bemused.

“I mean, basically, we’re all here for something that’s still illegal!” he quips.

“Here” is Invest Cannabis Asia 2019, billed as “the first international cannabis event in the Philippines.”

It coincides with the International Sustainability Summit Manila 2019 at Marriott Manila hotel. Its aim is to “discuss the opportunities and challenges in the medical cannabis and hemp industries in the Philippines.”

Glasses guy’s cognitive dissonance is understandable.
While cannabis is now legal in 46 of the United States, Canada, the Netherlands, Spain, Australia, Cambodia, North Korea and other countries, it is still not legal in the Philippines.

In mainstream media, prominent medical experts such as CNN’s Dr. Sanjay Gupta have gone on the record extolling the benefits of medical marijuana for ailments ranging from cancer to multiple sclerosis to epilepsy.

Meanwhile, in the Philippines, antidrug hysteria has been fanned by the current administration’s war on drugs, which lumps cannabis with other, harder drugs such as methamphetamine, cocaine and heroin.

Progress in making that critical distinction has been exceedingly slow. A bill calling for the legalization of medical cannabis has passed the House of Representatives, but has been stymied in the Senate.

Just recently, a man was jailed for receiving a medical product containing cannabis—legally purchased abroad—intended for his cancer-stricken mother.

Despite these setbacks, a grassroots (pardon the pun) pro cannabis movement is slowly gaining momentum.

Invest Cannabis Asia could be seen as a coming-out party, of sorts, for a new procannabis advocacy movement. It goes beyond “compassionate use” arguments toward a fuller embrace of cannabis’ medical, agricultural, industrial and sustainability potential.

It was attended by small businessmen, health professionals, lawyers, couples with young children, a healthy smattering of Americans, Canadians, Australians and overseas Filipinos, attesting to the growing mainstream interest in medical marijuana.

“Right now there are over 60 countries that are legalizing medical cannabis,” says Henry Wang, one of the speakers at Invest Cannabis Asia.

The US-born-and-bred Wang is currently chief strategy officer for the Philippines of Greenfield MC Global, an Australian importer and distributor of medical cannabis. He is also president of the student body at Oaksterdam University in Oakland, California, the first cannabis college in the US where he is studying cannabis horticulture and business.

A local industry based on medical cannabis and commercial hemp could revitalize local agriculture, spawn new businesses, boost employment and livelihood, and potentially generate billions of dollars for the local economy, he says.

The Philippine climate is ideal for cultivation, he adds, compared to the US and Europe where cannabis is mostly grown in indoor facilities with artificial light, making the final product much more expensive and less sustainable.

The data is out there

Compared with cannabis plants grown in some countries, Philippine cannabis is said to have a high cannabidiol content—the main ingredient in most medicinal products.

“I think the main thing is to educate the lawmakers here, and get the universities involved, because the data is out there now,” Wang enthuses.

“Cannabis is attracting the best researchers in the States. The scientific studies are there. All you have to do is look. Doctors are realizing that this God-given plant—Genesis 1:29—is healing so many people, and I know God doesn’t make mistakes.”

Unfortunately, God didn’t write the laws either, and current Philippine legislation makes little distinction between cannabis and other, harder drugs such as methamphetamine, cocaine and heroin.

“The Philippines has some of the strictest and harshest drug laws in the world,” says Henrie Famorcan Enaje, a drug policy reform advocate and legal and political affairs consultant at the House of Representatives.

Enaje organized CannaLegal PH, “a legal advocacy and resource center that aims to reform Philippine marijuana laws, shift public opinion toward decriminalization and legalization of cannabis and lobby for a people-centered and rights-based drug policy.”

Cannabis has a long history in the Philippines, he says, citing Jose Rizal’s letter to an acquaintance: “I myself, though in 1879, used hashish; I did it for experimental purposes and I obtained the substance from a drugstore.”

At the time, marijuana as well as cocaine and morphine were legal and could be bought at any drugstore.

Enaje cites other historians who say that Doña Teodora Alonzo might have put a little cannabis in the young Rizal’s food to stimulate his appetite.

“It’s unfortunate that the plant is prohibited under the same law pertaining to other chemical drugs,” says Enaje. “Our forefathers knew the benefits of the plant. We in CannaLegal PH believe that more than engaging stakeholders and policymakers, the Philippine grassroots movement, small and medium businesses and other interest groups should educate the public on the benefits of the plant.”

It’s a further irony, he says, that the very Western countries that pressed the Philippines to pass its harsh antinarcotic legislation in the 1960s are the same ones now reaping the benefits of legal cannabis.

House of Representatives Deputy Speaker Luis Raymund “LRay” Villafuerte Jr. got the strongest applause from the audience at Invest Cannabis Asia. The congressman from Camarines Sur was the author of House Bill No. 3961, which proposes the creation of the Philippine Cannabis Development Authority.

Just last January, the House approved on third and final reading House Bill No. 6517 or the Act Providing Compassionate and Right of Access to Medical Cannabis and Expanding Research into its Medicinal Properties and for Other Purposes.

But the bill is languishing in the Senate.

Villafuerte’s bill seeks to regulate all aspects of the industry envisioned, as well as the use of medical cannabis.

The legislator became an advocate after trying medical cannabis himself (in the US, where it’s legal, he hastened to add) to treat muscle and joint pains he suffered after wakeboarding, severe migraine headaches and chronic insomnia.

“Everyone should push for this because it’s really beneficial for the country and our people,” he says. “I really feel the Philippines can be a global production and supply hub for industrial hemp and medical cannabis.”

China, he says, has already invested in cannabis in a big way, despite its own strict drug laws, because it has seen the economic potential of the crop.

The Chinese hold more than 300 patents for cannabis products, and have started large-scale cultivation in two provinces. It is aiming to grow 50 percent of the world’s hemp production.

“Aside from health benefits, the commercial potential of cannabis is huge,” says Villafuerte. “Asia is the biggest market for this: We have 4.5 billion inhabitants. This plant has been cultivated in Asia for over 6,000 years, and used medically for over 3,000 years.”

Cannabis has been prescribed by traditional Chinese, Indian and Thai medicine, long before the West discovered its healing properties. Unfortunately, the West got the headstart in developing its commercial potential.

With the bottom dropping out of market prices for rice and coconuts—two of the country’s major agricultural crops—now is also a good time to explore hemp as an alternative crop. Apart from medicinal uses, the plant can be used for rope (as in Manila hemp), textiles, paper, food and nutrition, a biodegradable substitute for plastics and myriad other products.

“The hurdle is in the Senate,” says Villafuerte. “I suggest we start a movement and collect signatures, because the senators are sensitive to public opinion. They keep asking for proof, they should just open their eyes. There are already more than 400 clinical trials. The proof is there—they just have to open their eyes and mind.”

Such a movement is already underway.

“The Philippine cannabis movement is happening as we speak,” says Kimmi del Prado, a procannabis advocate organizing Sensible Philippines, a coalition of various groups, to lobby for legal reforms that she hopes will pave the way for eventual decriminalization and legalization.

“The challenge is for all the participants to position themselves as to how best to make it happen. There’s a lot that needs to be done in terms of amending laws, writing new laws, but everything will remain ideas unless we do something about it.”