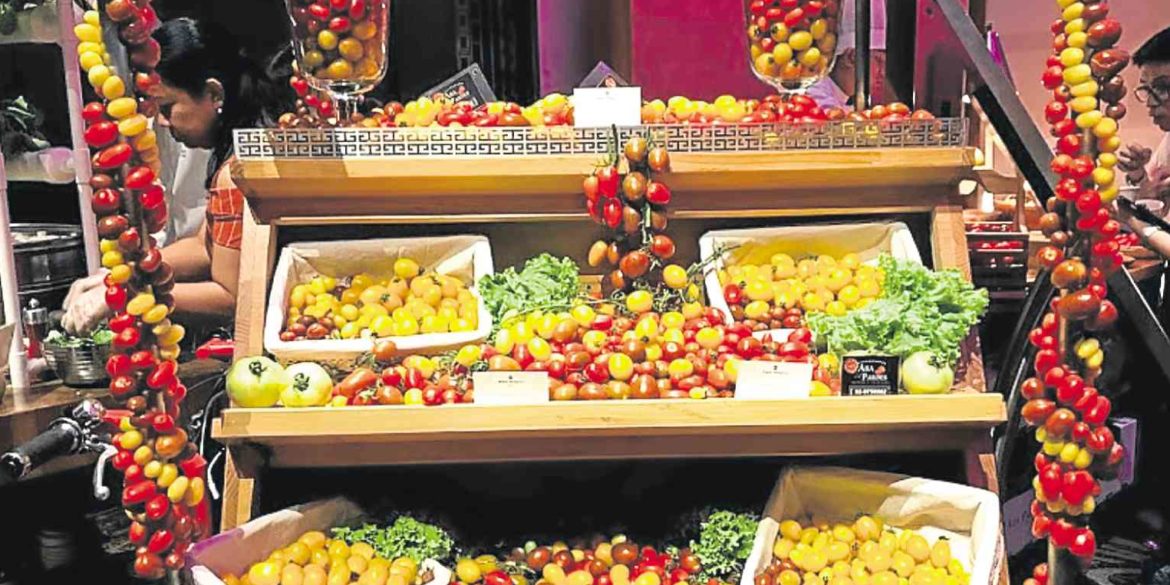 They could not have stated the seriousness of their intention more emphatically. As loud, dramatic music boomed in the background, hundreds of bundled-up, old plastic bottles were lowered from the ceiling, followed by a cluster of clean glass bottles. The message: Manila Marriott Hotel will stop using single-use plastic water bottles in its guest rooms. Instead, it will utilize recycled, refillable glass bottles.

It’s part of Marriott’s sustainability program, which aims to reduce harm to the environment. Its commitment to the program, said Marriott cluster general manager Bruce Winton, “is a matter of paying it forward.”

As part of its commitment, Marriott spearheaded the 2019 Philippine Sustainability Month by hosting a program in which other hotels presented their own sustainability projects.

Hilton, for instance, reduces carbon footprint by growing its own herbs in its rooftop garden. The hotel even grows its own limes instead of importing them.

The Makati Shangri-La, on the other hand, proudly showed off its supply of fresh tomatoes—grown hydroponically by Aba Pardes Agritech Corp. in a farm no farther than Alabang. With colors ranging from bright red to glowing orange, the tomatoes looked extraordinarily fresh and juicy. The tomato granita served was absolutely refreshing.

Since the event was also about sustainable seafood, there were freshly shucked oysters served by New World Hotel; tanigue with avocado, caper berries and pickled onions courtesy of Hilton; and gambas with assorted sauces by Marriott.

One of the most popular booths was Discovery Group’s, which served Beyond Burger Sliders on truffle buns, with vegan wasabi mayonnaise, mushrooms and caramelized onions.

If you’re lucky enough to get hold of some hydroponically grown tomatoes such as those on display at the event, here’s a quick recipe on how to use them.

Slice the tomatoes in halves, then squeeze each half to remove the seeds. Discard the seeds.

Dice the tomatoes, then combine them with the mangoes, onions and cucumbers in a bowl.

In a separate bowl, blend the sugar, vinegar and soy sauce. Pour into the tomato mixture and toss to mix.