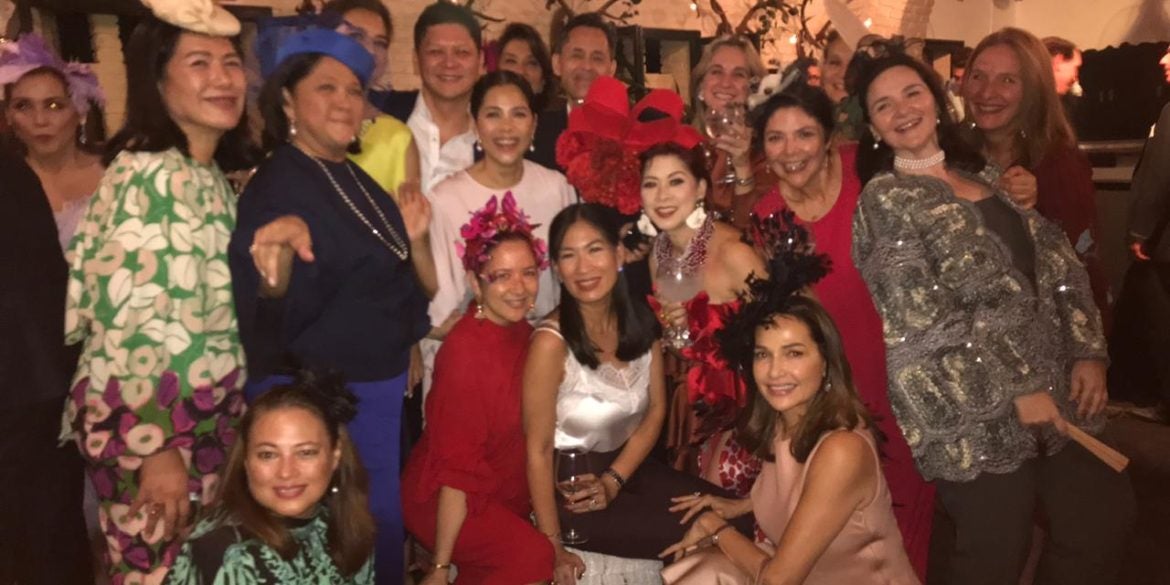 For the first time in my life, I had hat envy while attending a grand wedding in Spain in which magnificent hats were required.

Parents of the bride, Leo and Michelline Suarez, invited Dennis and me to their daughter’s destination wedding in Madrid.

The three-day festivities started with a flamenco night at Palacio de Santoña, a spectacular 13th-century palace in Madrid with beautiful marble floors, hand-painted walls and a grand staircase.

Top flamenco dancers performed in several rooms while a solo guitarist played for the guests.

For this flamenco night, I wore a red brocade dress by Debbie Co. I matched the gorgeous, Spanish-style dress with a hat and accessories from Ken Samudio.

The second day was called “Asado and Dancing.” The party was held at Finca El Feligres in Arganda del Rey, a torero’s villa.

There was a performance of dancing stallions as guests feasted on endless grilled meats and other barbecue dishes. I made friends with the stylish Cosima Ramirez, daughter of designer Agatha Ruiz de la Prada.

King Simeon of Bulgaria and his wife Margarita were among the royalty in attendance.

Officiated by Fr. Valentino Pinlac from Bohol and Spanish priest Fr. Jesus de Juan, the solemn, traditional and so romantic wedding ceremony was held at a huge outdoor tent that was rustically decorated with summer blooms and vines.

Their vows were so touching and made me cry again. After celebrating our 25th wedding anniversary a few months ago, it was heartwarming to witness another beautiful wedding.

Stunning mother of the bride, Michelline Suarez, was radiant in a green brocade dress with matching fascinator, both by Mich Dulce.

After the ceremony, guests partook of a sumptuous, three-course menu that included wild venison and yummy dulce de leche pavlova and tarta Arabe with cream and almonds.

Touching speeches from the best man and maid of honor were delivered in between the cake-cutting and other festivities. Jaime’s grandmother, Doña Piru Urquijo, gave the best speech that ended with, “Please, love my grandson endlessly because he deserves it!”

We partied the night away at the dance hall while others enjoyed paella at the poolside.

My outfit by Debbie Co and Ronald Enrico was a winner. I was glad that the hat made for me by Ken Samudio was a perfect fit. I did represent the Philippine fashion flag with high ratings. 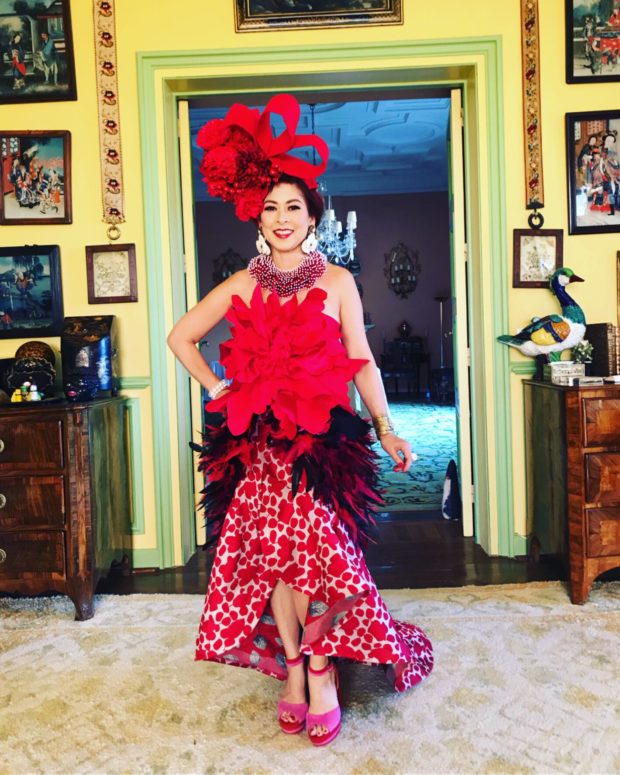