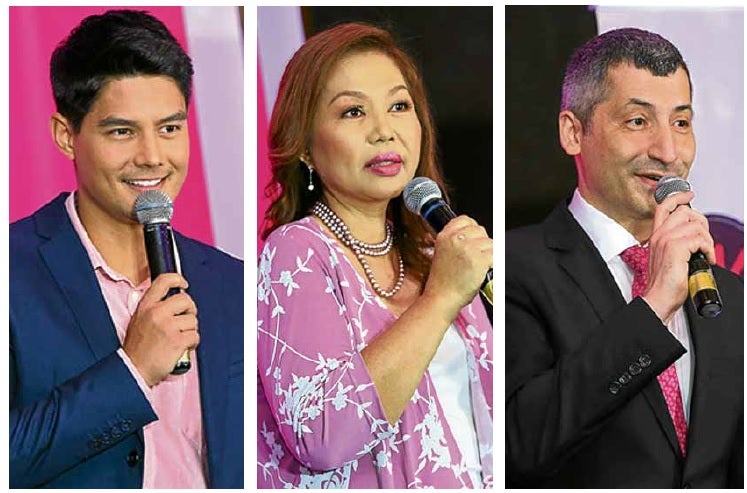 On the evening of Oct. 19, a steady stream of pink light will make its way along the streets of Filinvest City Event Grounds, as people of all ages come together for Avon’s Pink Light Night Run and Walk for Breast Cancer 2019.

Participants who sign up for the 3K, 5K and 10K distances will each receive a special Pink Light head lamp that they can use to guide them along the night course.

The annual event is the latest awareness initiative organized by the beauty brand and staunch advocate of breast cancer awareness for almost 30 years.

One in every 13 women

“It’s not about what distance you join or the time you finish,” says Avon Philippines general manager Razvan Diratian, who plans to cover 10K.

“It’s about participating, having fun, and raising awareness on breast cancer and regular breast self-examination. If you are diagnosed at an early stage, the chances of getting cured are higher.”

Awareness is the first step to battling the No. 1 type of cancer in the Philippines, a disease that affects one in every 13 Filipino women.

“As the population increases so does the incidence of breast cancer,” explains Dr. Rachael Rosario, executive director of the Philippine Cancer Society. “By empowering women to focus of breast health, we can catch the disease early or see lower stages of breast cancer. This will mean more survivors and less deaths.”

While the mammogram remains the gold standard in screening for breast cancer, doctors still advise regular breast self-examination. It doesn’t cost a thing and it encourages a woman to be familiar with her body and its subtle changes.

Early detection is crucial in a country where, according to a study, the average age of women diagnosed with breast cancer is 40.

“Women of this age probably still have young children or kids who haven’t graduated yet,” says Dr. Rosario. “There’s still so much to achieve, so much life ahead of them. Hopefully, early diagnosis will have an impact on the survival rate from the disease.”

Early detection explains why a close friend of actor and Avon brand ambassador (for men’s apparel) Daniel Matsunaga was able to overcome the disease.

“She detected it at an early stage, went through treatment and thank God, she’s okay,” he says. “This is a woman in her 30s who, for the longest time, was active in sports and eating super healthy. This is an example that this disease can happen to anyone. So it’s important to do the breast self-examination. And I just found out from Dr. Rachael that you need to do it only once a month.”

Though limping from a broken toe he incurred from playing football (he formed the D Matsunaga Football Academy and will soon organize football clinics in Manila and other cities around the country), the all-around athlete promises to run at Avon’s event.

“This is my second year and I’m honored to be part of it,” he says. “If we can help spread the word through social media or by joining a fun run, we can save the lives of people we never even met.” —CONTRIBUTED