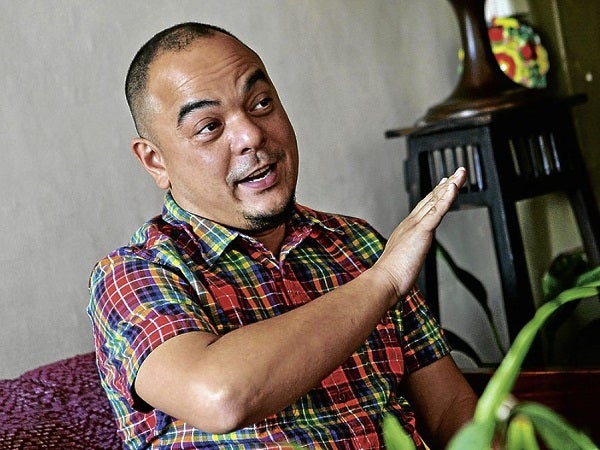 Carlos Celdran is gone—whence comes another?

I listened as my nephew talked about his early retirement.

He was 48 at the time and had experienced incredible success in a business he acquired in the United Kingdom. He sold it, made a handsome profit and looked forward to, at last, sleep in, travel at leisure and play golf.

The day after he let it go, he found himself with nothing to do. “It felt strange,” he remembers. As was his custom, he checked his phone for messages. There were none. No emails. It was like the internet had gone on holiday, or like him, retired.

He suddenly thought, “Am I going to like this? No one needs feedback from me. Nobody seeks my opinion anymore.” Things were running without him, how about that! Overnight.

“Is this what separation anxiety feels like?” he wondered.

Here it was, the freedom he had so longed for. There was nothing that would tie him down to his desk or send him hopping on a plane for business. No more itineraries, meetings or deadlines. Been there, done all that. What a great feeling. Or was it?

I was amused. It all sounded familiar. Most seniors, retired or “just tired,” can relate.

No, this is not a pity party. Let me assure you that I am perfectly happy with who and where I am and what I am doing, or not doing. This is simply a fact of life.

Most of us are no longer financially independent and can’t contribute much, if anything at all, to raising a family or the operations of a household. We have retired from that role and now we feel rather useless, irrelevant.

I hear this often from people my age and even younger. I feel it myself, every now and again.

One of my dearest friends recently moaned and groaned to me about her meaningless life. “I feel that I have become redundant in the family, just an afterthought, a fixture; like a figure painted on the wall. I am here, but not really.”

I chose not to interrupt my friend’s monotone lament about her present circumstances. I wanted to tell her that although fading into the sunset is not my style, neither is expecting the sun to rise and set on my person.

Yet I must confess that sometimes I resent the lulls in my life. But I don’t despair.

I believe that each day that dawns in these final chapters of my story is beyond precious and priceless, and I treasure every single moment I am given. I am grateful. God is good.

Seniors like myself have to understand that it is perfectly all right to remain in the background; that we should be willing to gracefully make room for those who come after us. And who knows, we may even catch a glimpse of our sparkle in the new panorama that unfolds.

It is time to take stock of our lives, and acknowledge that we have been given more than our fill, much more than we deserve.

It is time to give back.

I came across a piece written by my sister, Dee Little, for their Wedgewood Chase newsletter. Let me share:

“When the light at the end of the tunnel gets brighter and the tunnel gets shorter, what is one to think? Do you plan to live to a hundred? What I personally suggest is to live each day to the fullest. Make the most of your time. Go to bed satisfied that you have done your best. Continue being productive. And most important, enjoy the satisfaction that comes from giving back.”

In her article, my sister includes advice from Eric J. Schneidewind, president of the American Association of Retired Persons, and National Volunteer spokesperson.

His words: “Share your skills and passion with others. Find a need and devote your time to filling it. It has been found that those who volunteer have lower mortality rates and less depression along with a greater sense of control over one’s life and higher rates of self-esteem and happiness. Volunteering can renew the sense of purpose and prevent the social isolation that is a recognized health hazard of our later years.”

She quotes Bernard Meltzer, host of the popular long-running US radio show, “What’s Your Problem?,” who once said: “There is no better exercise for your heart than reaching down and helping to lift someone up.”

A time to grieve

Everybody knew Carlos Celdran. To say he was a colorful figure would be a huge understatement. He received wild acclaim for “Walk this Way,” a guided stroll inside the walled City of Intramuros which included humor, drama, calesa rides and halo-halo.

He was the best ever, because he was invested heart and soul in what he did.

He was outspoken, eloquent and often offended the sanctimonious elite with what they called his “sacrilegious effrontery.” The proverbial “last straw” was his protest at the Manila Cathedral.

I admired this young man. Perhaps in my old-school kind of thinking, I found his ways a tad too radical. But Carlos believed the times called for it.

I was awed by his spunk and deep love of country. He was on fire with a passion for his beloved Manila.

I was shocked and angry when he was convicted. I thought it smacked of unfair bias and reeked of hypocrisy.