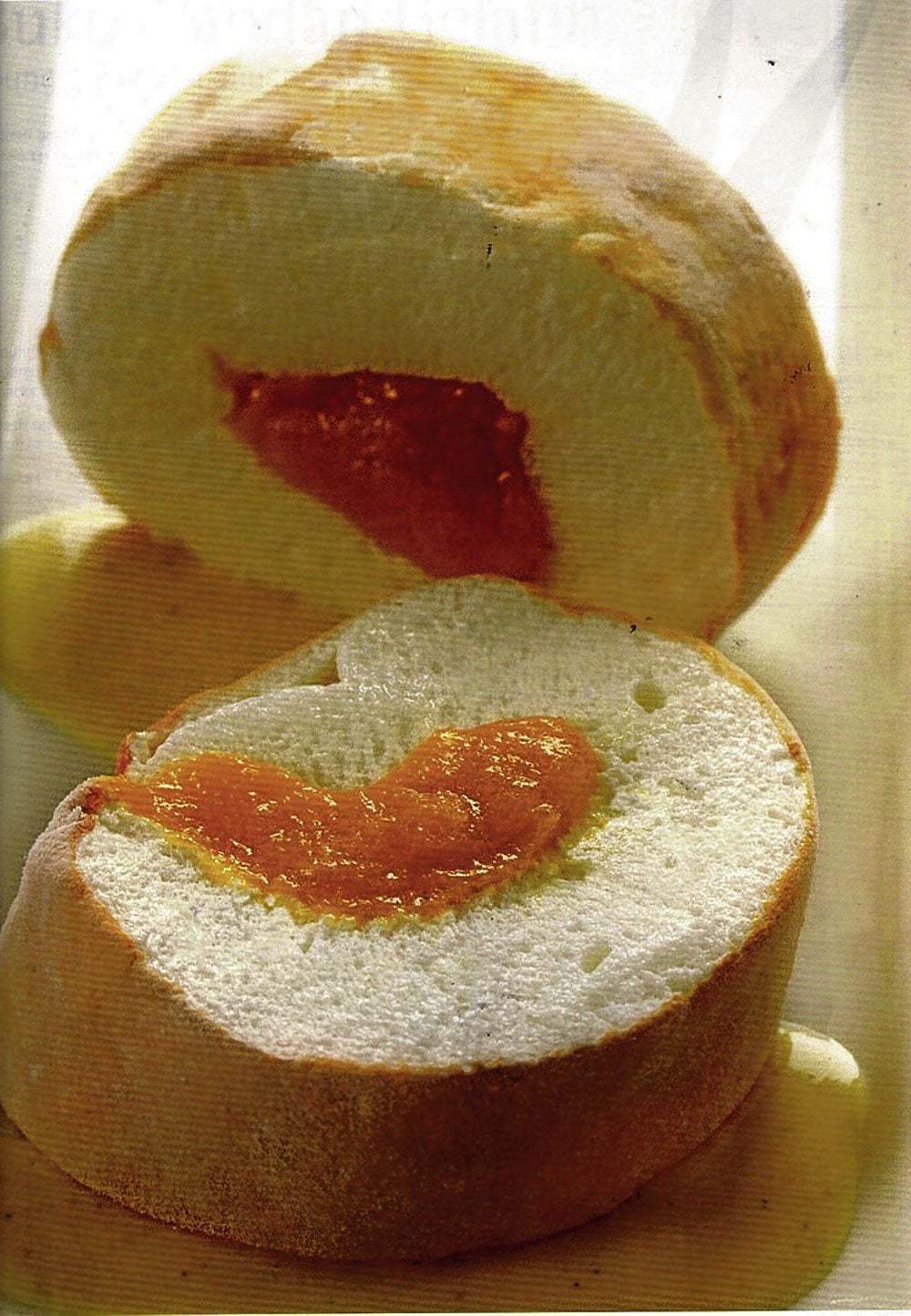 From ‘minatamis’ to ‘sans rival’ to ‘karibal’

The black light was turned on, making the chefs’ white uniforms glisten. Then to operatic songs they did mysterious paintings on a round table dressed in plastic. Toward the end of the performance, three big brown balls were raised then let go to crash on the table. That signaled the chefs to leave and the lights to go on.

Those of us who attended the Caliterra wine dinner hosted by Tita Trillo at the Tivoli of Mandarin Oriental stood up to gather around the table and see what the chefs’ performances were about. One guest was adventurous enough to run a finger on a smudge that turned out to be caramel sauce. Another one scooped out a round object that was cold to the touch to discover chocolate ice cream. Small teaspoons were also made of chocolate. The balls that crashed were chocolate spheres that contained candied fruit.

It was high theater and we had a good taste of the drama, but it wasn’t our dessert because right after, we sat down to partake of Paris brest (a ring of choux pastry with cream in between), vanilla bourbon ice cream and a Caliterra Cava Lucendo & Requena.

We hope that dessert drama will also be in the essay entries for this year’s Doreen Gamboa Fernandez (DGF) Food Writing Award. To emphasize that what should be written about should be Filipino desserts, the subject is listed as himagas or minatamis.

The Filipino dessert paradox is that many of the sweets are Spanish and French in origin. The book “Kulinarya” (Anvil Publishing, 2008), for instance, features recipes of brazo de Mercedes, canonigo, leche flan, maja blanca and sans rival.

In “Tikim” (Anvil Publishing, 1994), Fernandez wrote about a book “Pasteleria at Reposteria” authored by P.R. Macosta and published in 1919. It contains pastry recipes and on the cover is a pyramid of pastry. It was captioned “Croquembaucheng caraniuan,” translated as “ordinary croquembouche” (profiterole or cream puffs). As you can see, we made the French dessert ours, even converting the name to Filipino.

That we made sans rival a favorite Filipino dessert amazed a visiting French pastry chef recently. And then he challenged himself to create a pastry that would rival that. Someone said it should then be named “karibal.”

To add to the confusion, rice cakes, or kakanin, is now regarded as dessert especially in restaurants that serve Filipino food. So you have biko, cassava, even bibingka in the menu or on the buffet table. But while many rice cakes are indeed sweet, they’re too heavy to be eaten at the end of a meal. Even airy light desserts sometimes have to be shared because meal courses, especially in sit-down dinners, tend to make you full.

So write about himagas or minatamis for this 10th year of the DGF Award. The competition deadline is earlier, on April 10, so that this year’s winning essays can be included together with past winners in a DGF Award book to be launched in September. Entries need to have a pen name and the essay limited to 800 words (4,500 to 5,000 characters). E-mail entries (limited to two essays per person) to [email protected] Submit as well a file containing the author’s info containing pen name, real name, address, telephone numbers (cell and/or landline) and other e-mail.

And since we’re on the subject of desserts, one should read “The Taste of Sweet” (Crowne Publishers, 2008) by Joanne Chen. For someone who devours peach crumble, dreams of Red Velvet cake, and finishes big bars of chocolate, you’d expect Chen to be a size triple x or more. But no, she’s slim and sexy. Is there no justice in the universe?

Chen examines our love-hate relationship with sugar, sweets, all kinds of sweeteners, natural and artificial. She isn’t sure where the cultivation of sugar began but she writes that “historians suspect” it goes as far back as 8000 BC in Nigeria and “perhaps arriving in the Philippines and India around 6000 BC.”

Another time she mentions the Philippines is when she compares our sweet taste level to those of other countries. She uses a measurement called Brix. For instance, the US market prefers 11 Brix sweetness. That means 11 grams of sugar in 100 grams solution. Japan is 9 Brix; Mexico is 12. And for the Philippines, if products like tea drinks are exported here from the US, the sweetness will have to be 14 Brix.

I couldn’t believe that we have such a high Brix rating. Whenever I eat cakes, pastries or ice cream during visits to the States, I always cringe at how too sweet they often are. I tend to agree with a Frenchman who once told me that the Filipino eating paradox is that our viands are sweet and our desserts shouldn’t be too sweet.

But there’s no denying that Filipinos love dessert. Consider how many pastry and cake shops we have. And during the Christmas season, home bakers make a killing with orders for gifts.