Is your man in midlife crisis? | Inquirer Lifestyle 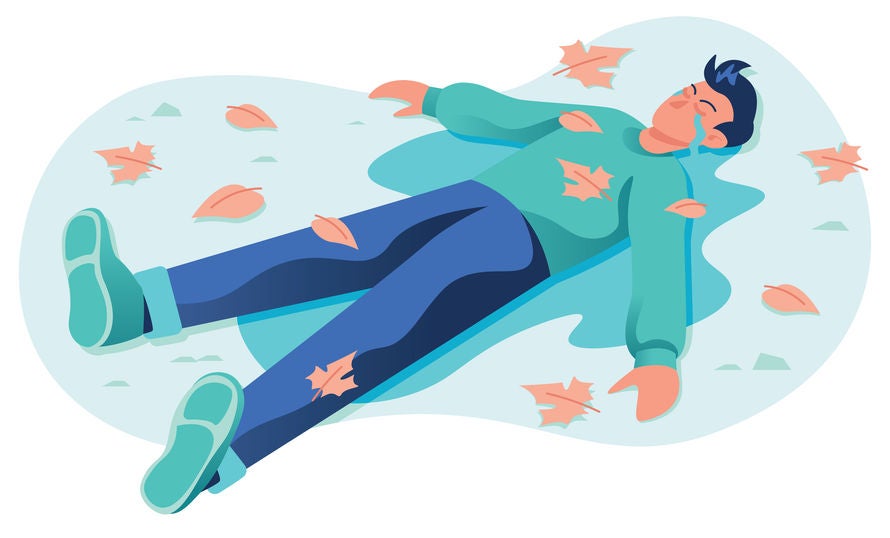 Is your man in midlife crisis?

My last October email was an urgent appeal from an old friend. The subject said “bad news” and I was alarmed. I didn’t want to read the rest of it. But I had to. And now I feel guilty to have felt this immense sense of relief that it was not about some incurable disease or worse, a death in the family.

To my friend, it seemed a fate worse than death. She is worried. She thinks her daughter’s marriage is on the rocks, that there is someone else. I can understand her concern. But I was in a quandary about what to reply.

Marriage is not my strong suit. Experience does not always help.

My friend wonders what advice she can give her 52-year-old daughter whose husband has left their home. “He is probably just going through a midlife crisis,” she offers her own diagnosis. “He does not realize that he has placed their 30-year marriage in peril. Of course, my daughter is convinced he’s having an affair,” she continues. “What can I tell her?”

My goodness. When did I suddenly become a marriage counselor or life coach?

But I can’t say this to a worried mother. She is desperate. And she is counting on my “expertise” on the subject. Her words, not mine.

Although all signs pointed to a “typical walkout,” I thought I should first look at what experts say about a husband in a midlife crisis.

The cliché that immediately comes up says to “look for sports cars and hair pieces.” Funny. But it’s not as simple as that. There’s more. They show a long list of typical red flags.

Such as, signs of boredom or listlessness. Maybe the man once enjoyed his job and was happy at home, but he has become apathetic, indifferent. He may be headed for a crisis.

Some psychologists attribute much of this “blah” feeling to the fact that at midlife, male adults start evaluating their achievements. They want to know if they have reached their goals. Has all that focus on all work and no play paid off? How many of their aspirations are fulfilled? How much of their bucket list have they ticked off?

I know many sound-thinking individuals who reach this phase of their lives happily aware that they are now among the privileged class of people who have started to live out their “second or third lives” and finally have the opportunity to work their way from success to significance.

This is obviously not the situation at hand. And we are still stuck trying to analyze a midlife crisis.

These men have decided it is time to try new things and meet new people. In the process, they may make irresponsible decisions and get into impulsive investments. They start buying expensive new toys. And all these rash actions may lead to permanent economic ruin for him and his family.

The studies warn about changes. Is he getting himself a new and radically different wardrobe, maybe a new haircut, even a rakish toupee? Is he frequenting salons and spas? Does he display a sudden obsession with his appearance?

I remember my compadre was into his 50s when he suddenly “grew” a full head of jet-black hair with sideburns and started wearing ripped faded jeans. He used to be such an elegant dresser.

More questions. Does he stand unusually long in front of a mirror? Have you noticed a heady perfume on him? Is he counting wrinkles and thinking Botox?

Some call this stage of life a midlife transition. The man in crisis feels tied down and seeks a change. He balks at spending too much time at home. He feels that his life has been on hold because of children or work and now wants a change of pace, maybe find a less stressful job. He wants his “space.”

A man in a midlife crisis may show signs of depression, sleep more, and spend long hours away from home. He lays blame on everyone but himself for anything that goes wrong.

These men pay less attention to their jobs and more to spending nights out with the boys. He disconnects from old friends, starts hanging out with younger ones and stays out till the wee hours with no explanations.

That man, husband, and father could be stepping out of his home and into the arms of another woman.

My friend is in tears. Now she wants to know, “Is a midlife crisis a marriage breaker?” It can be.

She asks, “How does a woman know that her marriage is in trouble? And what can she do about it?” She says her daughter is trying every possible way to make her marriage work and is hanging in there. But last week, he packed a bag and left.

I have a distant flashback. How can anyone hang on to something that has already slipped away? How did I feel? I try to bring back the feeling of failure, the sense of loss.

I can’t. I have clearly forgotten!

How is that even possible?

There’s hope. I assure my friend it is not the end of the world.

Her reply is sad. “It is the darkest time for my daughter. She is hurting. Where and how can she hope to stop the pain?”

“On her knees.” That’s all I can think of to say. “And then the sun will come up. Promise!”