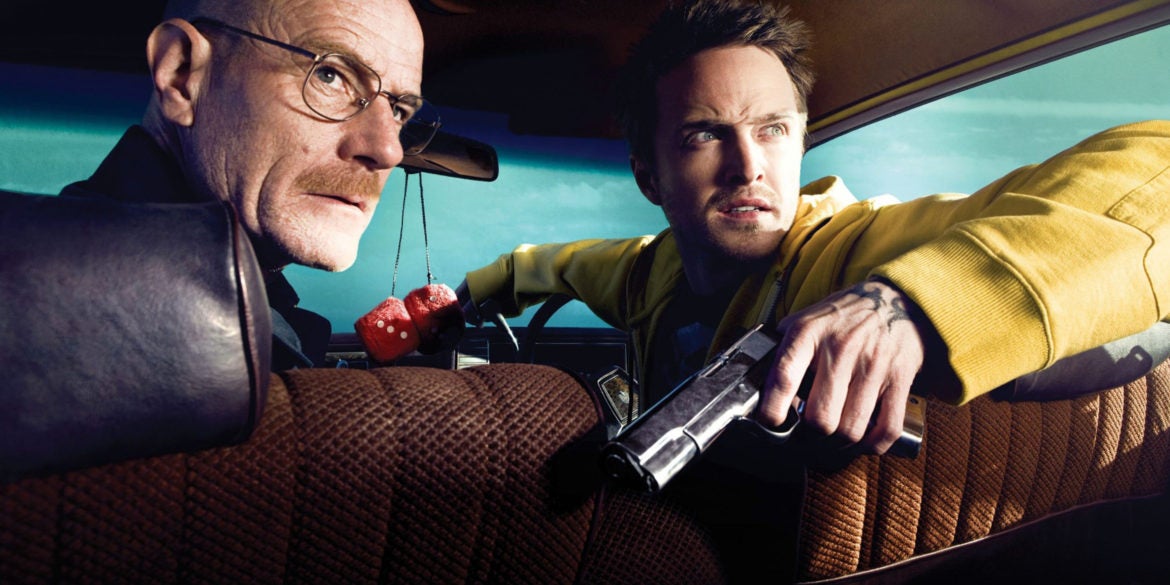 Best TV of the decade (part 2)

In this concluding half of our roundup of the best TV the decade had to offer, we present the final five (seven), the crème de la crème, that offered consistently amazing quality, frequently groundbreaking storytelling, became touchstones for a generation and proceeded to influence the entire industry.

Bojack Horseman (Netflix) – Surprisingly the best of Netflix’s first batch of original programming, the unassuming “Bojack Horseman” from showrunner/playwright Raphael Bob-Waksberg (also check out his great short story anthology “Someone Who Will Love You In All Your Damaged Glory,” which came out this year) started off seeming like a caustic, surreal, joke-a-minute, animated takedown of Hollywood (or Hollywoo) and celebrity culture, but by the middle of its debut season hints at a longer game were creeping in, and here, with only its last half-season to go, “Bojack Horseman” stands as a remarkable example of great writing, the potential for adult-aimed animation and amazing voice talents. Not to mention a ton of great jokes, visual or otherwise. From an all-silent episode, to one that is entirely a eulogy, to one featuring only supporting characters and how they’ve been damaged by the main ones, “Bojack Horseman” became a showcase for broken people and the cycles they try to break free of, and the trauma that keeps them from doing so entirely.‍

High Maintenance (HBO) – Likely the entry most people have never heard of, “High Maintenance,” along with Issa Rae’s “Insecure” (also from HBO), is the best example of successfully migrating a webseries to a platform with a wider audience. Starting as humorous shorts on Vimeo, “High Maintenance” began evolving to longer, more varied and surprisingly emotional stories, showcasing diversity and the amazing diaspora of New York City (its gorgeous sights and vibe, as well; no show makes me miss NY more). Ostensibly an anthology series, the common thread of “The Guy” who delivers everyone’s weed holds it together (and the last two seasons have started exploring him more!), every episode capable of juggling different genres, casts and tones. Sometimes an episode has one story, sometimes several. But always filled with compassion, and empathy and humor. It also has a killer soundtrack.

Atlanta (FX) / Fleabag (BBC/Amazon Prime) – Two shows so clearly marked and driven by their creators, who also happen to be the stars. “Fleabag” already had a great first season, adapting the one-woman stage show that made a name for Phoebe Waller-Bridge, but the immaculate Season 2 is winning all the awards for a reason. Sharp writing, sudden turns from comedy to drama and back, with a coterie of terrific performers (Andrew Scott! Olivia Colman! Sian Clifford!). As for “Atlanta,” even Donald Glover’s own description, “‘Twin Peaks’ for black people,” isn’t enough to properly describe this funny, sobering, surreal, experimental series on a group of friends trying to make it in the world. From a black Justin Bieber to invisible cars to one of the decade’s best horror films disguised as an overlong episode, “Atlanta” struck like a hammer and just never stopped.

Mad Men (AMC) – The show that made the AMC network was rejected everywhere else, including creator/showrunner Matthew Weiner’s previous bosses at HBO, who surely regret it now. Depicting the lives of men and women at an advertising agency in the swinging ’60s as it slips into the ’70s, “Mad Men” excelled at bringing a character-driven approach to prestige drama TV, where you could see the soul of a country changing by how its characters did. The attention to detail, the changing social mores, the mirror to modern times… If you’re still waiting for The Great American Novel, maybe you should watch this instead.

Breaking Bad / Better Call Saul (AMC) – Vince Gilligan’s two shows, one a prequel of the other, are thematically about the same thing: the slippery slope anyone can find themselves in under extreme circumstances, and how one navigates it (or even resists it). But “Breaking Bad” put its characters (and audience) through the wringer: never predictable, frequently tense, with occasional outbursts of black humor and many an unforgettable moment. Somehow it managed to do this without a single good episode. Each has been great to amazing. It was a tall order for sister show “Better Call Saul,” but they’ve taken a slightly different route; slower, more soulful, less violent, but with stakes just as felt, like watching a slick noir or a slow-motion car crash. How it’ll wrap up will probably break our hearts, but it’ll also surely be a thing of beauty.