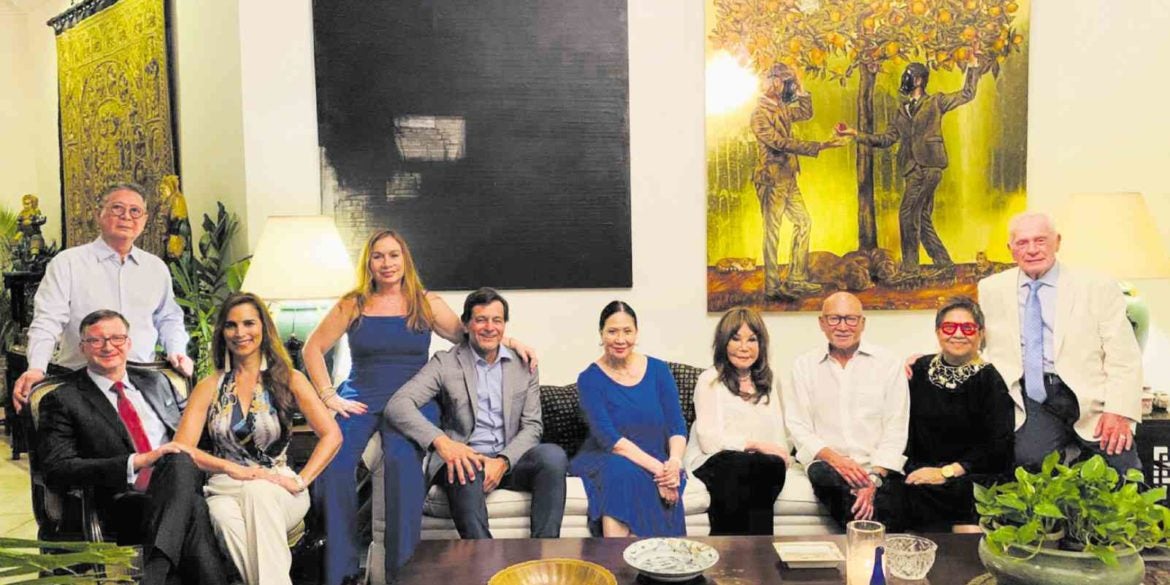 The Filipino, it seems, lives for moments of crisis such as now.

Not only is the Filipino resilient; the Filipino also has a huge caring heart—one that operates outside of his government and conventional structures. It is no wonder that we are the caregivers to the world.

The crisis caused by Taal volcano’s eruptive activities is bringing out the best of the Filipino, rich or poor, young or old. The commitment to help the Batangas communities goes beyond partisanship.

For instance, here in the office, the Inquirer Foundation lost no time in launching a relief drive that brought volunteers to Calaca, Batangas. They set up soup kitchens in remote elementary schools and distributed relief goods to the evacuees. (The Inquirer Foundation accepts donations in cash and kind, tel. no. +63288978808 loc 238, 352.)

The doctors of St. Luke’s Medical Center, led by Dr. Art de la Peña, are doing medical missions among thousands of evacuees and are themselves giving donations.

It is heartwarming how they drive all the way to Batangas towns, taking time from their busy clinic schedules, to attend to the medical needs of evacuees, many of whom are suffering from respiratory ailments after having been exposed to the heavy ashfall.

In his Instagram, Ernie Lopez of ABS-CBN Foundation wrote of how, in their relief operations in Cuenca, Batangas, he met a group of GrabFood deli-very riders who distributed goods to those affected by the eruption.

“Despite the suspension of their operations, which is their only source of income,” Lopez wrote, “each rider took time to gather goods for evacuees and even shelled out around P300 for their fuel from Laguna to Batangas.”

Odd as it may sound, the hard times make one proud to be a Filipino.

It is the Filipino’s warm character—indeed his human-ness—that makes the balikbayan long for home. Among them is the famous Minda Feliciano, who’s in town on a visit that unfortunately coincides with the Taal Volcano eruption.

While the heavy ashfall prevented her from bringing her visitors to Batangas beaches, it didn’t stop Minda and her friends from enjoying Metro Manila, particularly the historic Intramuros.

Minda has lived most of her life abroad, particularly Europe and the United States, and in recent years, in London. She is of that breed of Filipino jetsetters —a small group—that media loved to write about in the ’60s to the ’80s because of the glitzy lifestyles they led and the company they kept.

Minda is best known here and abroad as the former Filipino partner of actor Michael Caine, and much later, of singer Tony Bennett.

Her longtime friend, businessman Ernest Escaler (Gourmet Farm, among other ventures), hosted an intimate dinner for her last Thursday in his home.

We had known of Minda, and it was our first time to meet her. She’s very affable and charming, and readily puts you at ease. Now you know how she captivates the hearts of those famous men.

She’s been living in London with her husband, who passed away years ago. Her last visit to Manila was three years ago. She misses her home country, and though its traffic could be insufferable, she loves every bit of the Filipino life.

She brought her guests, who came from London, Mexico, around the city. They checked out the popular Dampa in Pasay, where they chose the freshest seafood and had them cooked in the restaurants around the market.

She said she doesn’t miss Filipino food because her cook in London can do good kare-kare, adobo and other Philippine staples. As Ernest said, Minda’s home in London serves the best Filipino food.

But what she misses most about her country are the people, and her hometown, Pampanga, which she’ll visit on this trip. She and Babette Aquino-Benoit, another longtime friend of Minda, spoke Kapampangan at dinner.

Over dinner she candidly recalled her life with Tony Bennett. She spoke about him with affection and admiration.

“He’s truly a kind man who loves to do philanthropic work,” she recalled to a dinner table of keen listeners.

Unlike Frank Sinatra, she said, Bennett is no raconteur onstage. He’s a softspoken guy.

And, she said, he loves to paint and is actually good at painting.

“He actually doesn’t have to sing now, if he wants to, and just paints,” she said.

She recalled how she was with him in the slump of his career, and toured the cities with him as he performed, even in small clubs.

We were surprised to learn that Minda is a tennis buff—she and her late husband are members of the Wimbledon club. She can stay up all night watching matches on TV.

Once, in Wimbledon, she was watching a match in one court and held a small monitor to see Agassi play in another court. When Agassi hit a winner, she screamed—which disturbed the silence in her actual court. She chuckled as she recalled that.

Among her friends on this visit is former tennis pro and coach Gustav Giussani. Gustav, an old friend of Minda and her late husband, is an Argentine coach working for Nike in Wimbledon, meeting with players who are ambassadors of the iconic brand.

And that was how the talk at Ernest’s dinner accidentally focused on Federer, Nadal, Djokovic, Conchita Martinez (Gustav’s good friend), Juan Martin del Potro (my favorite). Tennis paradise right there.

When Gustav mentioned the player’s lounge at Wimbledon, Ernest noted

, amused, how I sat bolt upright, like I was struck by lightning into full attention.

That’s how we Filipinos cope with crisis—just think of a happy place, and a joke to go with it.