Arthur Espirtu: The toast of Europe that his own country hardly knows of | Inquirer Lifestyle 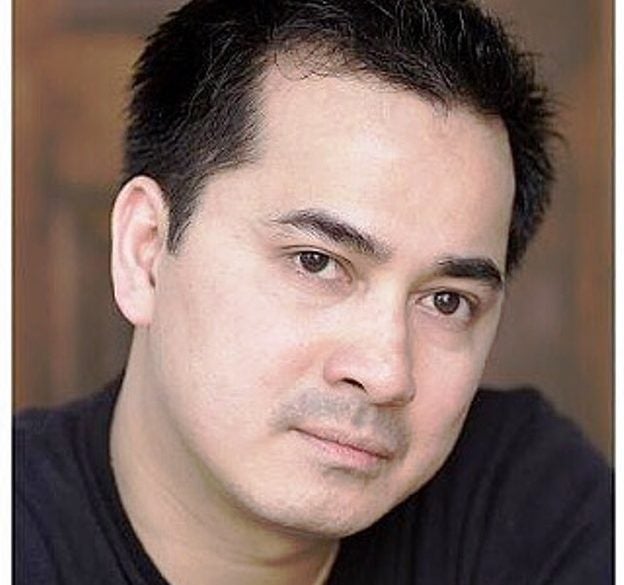 Arthur Espiritu: Opera is a lot cooler than you think.

Arthur Espirtu: The toast of Europe that his own country hardly knows of

The opera star and tenor, whose voice has been compared to those of Pavarotti and Domingo, talks about his hard-won career and the missing opera culture in the Philippines

Asked what his greatest strength as artist was, opera star and tenor Arthur Espiritu had nothing to say of his miraculous voice. “I’m a good colleague,” was all he said, without a hint of false modesty.

Little recognized by the masses in the Philippines, but much sought after by esteemed opera houses in the world, Espiritu reserved only the most meager praise for himself.

The humble and talented Espiritu, whose voice has been compared to those of Luciano Pavarotti and Placido Domingo, is singing the titular character of Gounod’s “Faust” at the Theater St. Gallen in Switzerland. As if like Faust, who made a deal with Mephistopheles for youth and good fortune, when Espiritu talks of his career, he gives the impression of a man who has gotten far more than he bargained for. I learned this when I got to talk to him over dinner about his life, career and the almost accidental way he became a star tenor.

Before that dinner, I had seen him rehearse for a performance in a nearby theater in Makati. His voice, heart-piercing, powerful, yet elegant and subtle, was the first thing to strike me as I walked through the door. He was singing amorously in duet with soprano Myramae Meneses as they rehearsed the duet in Act IV of Gounod’s “Romeo et Juliette.” It was one of the pieces they would perform at “Les Nuit d’ete: An Evening of Opera Love Duets,” which also featured soprano Jasmin Salvo.(Espiritu performed in “Lucia di Lammermoor” yesterday and on Feb. 2, at 3 p.m. matinee, Cultural Center of the Philippines.)

True enough, he did seem easy to work with. He gave the rock-solid impression of a man in his element—a man so totally confident of his abilities that he could allow himself to be goofy. At one moment during a piece he would be dancing with or embracing his duet partner, only to break down with her in laughter at some hidden joke. Or he could be absorbed in a heartbreaking passage of song, and at the drop of the hat be illustrating stage directions in silly, exaggerated motions. He looked to be having the time of his life, but his lightheartedness only belied the seriousness with which he took his work, and the long, difficult journey he took to get to where he is today.

At dinner with him and his wife, Christine, slowly I pieced together his story. His parents met in the Philippine Consulate in New Orleans, Louisiana. Arthur, the youngest of seven children, was not given an early education in music, but grew up in a house filled with song.

He recalled how his brothers, all guitar players, would sing and play when hosting drinking sessions. “I used to emulate Rico Puno as a kid,” he reminisced. “May plantsa si Nanay, so I’d grab it when she wasn’t using it and use it as mic to sing with Rico Puno on TV. I was like 6 or 7 years old.”

A musical child from the start, he surprisingly made it well into high school before encountering classical music. He and his friends at Andrew Jackson High School were more concerned with covering Bon Jovi songs.

“Opera wasn’t very cool. We didn’t like opera. People made fun of opera,” he explained.

Proving this sentiment wrong would ironically prove to be the great battle of his later career. But at that point, Espiritu was about to stumble into his own relationship with opera. After Espiritu and his friends, on a whim, joined the choir, his talent was soon discovered. He was placed in an accelerated program for gifted students, and began to win singing competitions. It was after winning one of these that he met a person who would be a driving force in his career: Dr. Raquel Cortina—or as Espiritu fondly describes her, his “musical mom.” It was she who would get him a full scholarship to the University of New Orleans, and she who would mold him into a professional singer.Even with his talent and the best tutelage, it took years before Espiritu truly felt that music was his calling. “I’m the kind of person who takes a lot of push,” he confessed. He showed an almost abject humility, as if afraid to take responsibility for his own success.

He had always felt like his career was an uphill battle. In a field dominated by tall European men, where looks are as important as talent, Espiritu struggled to find a foothold, and he was often disheartened.

He told me how things like his height (tall for a Filipino, but not by European standards) and his Asian looks worked against him. “I have to work so hard to catch up with [European singers], and surpass them. I’ve always had doubts. It’s really an insurmountable situation. I find myself doing it, and I don’t know why. I’ve wanted to quit so many times.”

His looks weren’t his only obstacle. His competition was made up largely of singers from wealthy backgrounds, and unlike him their lives didn’t depend on singing. And they had connections that would speed their way to the top. All Arthur had was his superb talent, and the hope that he would be taken on its merit.

It wasn’t until 2007 when Arthur was in his late 20s that he finally got his big break. That was the year he won the Teatro alla Scala award at the Belvedere Competition in Vienna.

From there he was given the chance to study under famous opera singers in the Teatro alla Scala Academia program for young artists. Since then his rise has been stratospheric. He has debuted all over the world in such renowned houses as the Teatro alla Scala, the Sydney Opera House, the Teatro Piccolo Milano, the Oper Frankfurt, the Staatstheater Hannover, and the Theater Basel, just to name a few. His leading roles have included Rodolfo in “La Boheme,” Conte Almaviva in “Barbiere di Siviglia,” Roberto in “Maria Stuarda,” Elvino in “La Sonnambula,” The Shepherd in “King Roger,” and many more.

His name is known by opera lovers in Europe, and opera houses fight to get a piece of him.

Now this opera star was sitting across from me in a Makati restaurant, wearing a simple graphic T-shirt and jeans. In the hour and a half that we had been talking, people had come and gone. Nobody recognized him. Here in his home country, where he lives with his wife and two children, he is still a relative unknown.

I ask him why he thinks this is so. “It’s not part of the culture,” he said. “We don’t have that culture of people lining up to see operas in the Philippines. We had that with the Spanish and the Japanese, but the Americans came and that went away. Now it’s pop and whatever’s trending. The audience nowadays is more interested in being entertained than being transformed. Pop music is about self-expression. It’s like poetry.

“Opera, on the other hand, is like a novel or a movie. If people want to listen to pop music and that inspires them, then, by all means. But you want to listen to classical music because it challenges your mind and makes you think, and you enjoy being exposed to the sounds of acoustics. Both have their strengths, the old art and the new.”

Feeling his frustration about the lack of an opera culture in the Philippines, I ask him if there’s any misconception about his art that he would like to challenge. He answers me simply, and in a moment I feel as if he is speaking to an entire nation through me: “Opera is a lot cooler than you think.” —CONTRIBUTED