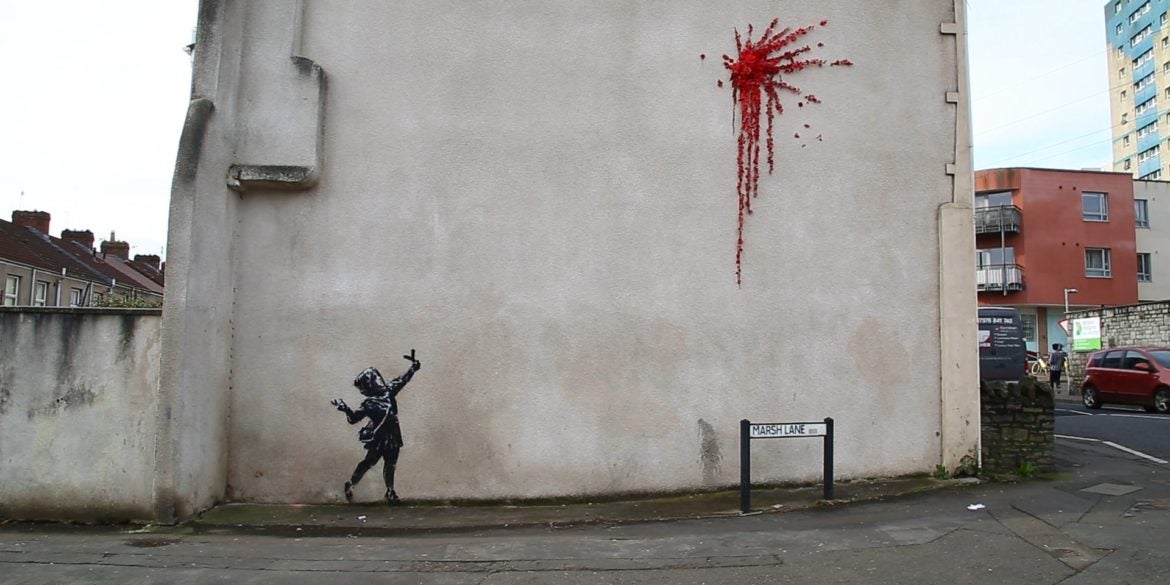 A new Valentine’s Day work by UK street artist Banksy, showing a young girl firing a slingshot of flowers, has been defaced after appearing on a building in western England.

A photograph circulating on social media showed abusive graffiti likely directed at local authorities in the city of Britol scrawled across the artwork in the south west England city.

Banksy confirmed he was the artist by posting two images of it on his Instagram account in the early hours of Valentine’s Day.

“It’s a real shame, but it was always going to happen, unfortunately,” a local resident told the domestic Press Association news agency.