‘Dekada ’70’: The revolution is alive in this musical | Inquirer Lifestyle ❮ ❯ 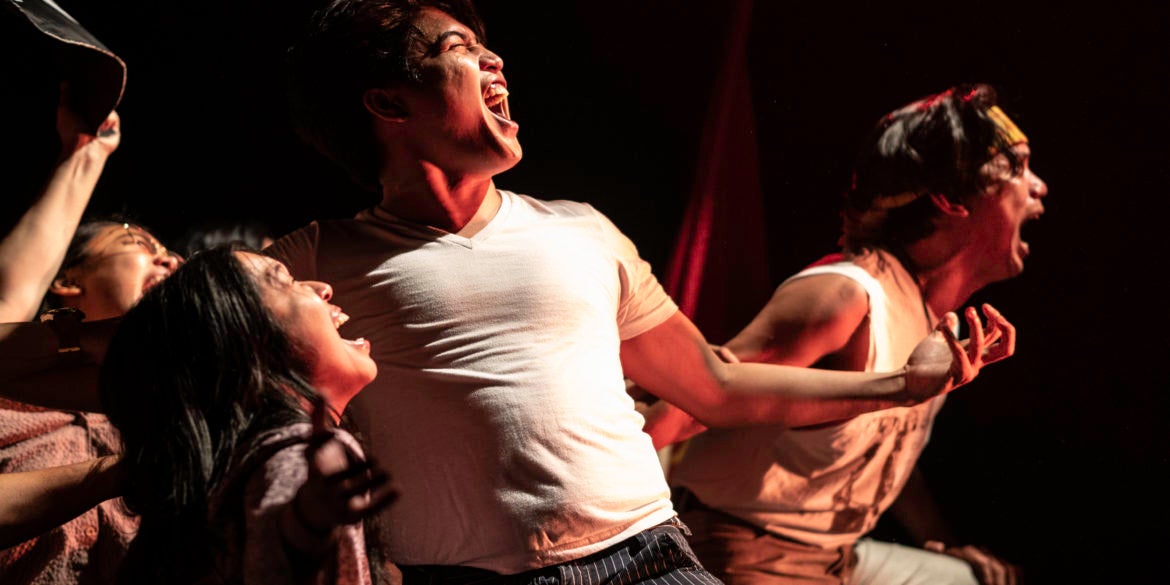 ‘Dekada ’70’: The revolution is alive in this musical

Plays set in or centered on the Marcos dictatorship (these days, interchangeable in certain ways with the Duterte administration) all come to us with that singular, oft-intoned message: Never forget. Pat Valera’s musical adaptation of the Lualhati Bautista novel “Dekada ’70” tells its audience exactly that, but in all capital letters.

There is no denying the revolution, in its myriad forms, is alive in this musical, which has been enjoying a sold-out rerun at Ateneo de Manila University. That can only be for the best.

One can argue that the resistance taking the form of song and dance is, in effect, preaching to an echo chamber—the sort of people willing to shell out money for an obviously anti-Marcos (and by extension, anti-Duterte) piece of theater are in all likelihood long on the same page as the play itself—but lest we forget, today’s high school kids weren’t even born during the second Edsa Revolution, and their K-12 curriculum has made a joke out of Philippine History as a subject.

In that sense, “Dekada ’70” should stick around this notoriously amnesiac nation for as long as it can, hopefully packing every performance not just with theatergoers who are there on their own dime, but more importantly with scores of students, their parents and teachers.

Far from perfect, but…

Never mind that both the play and its current iteration under Black Box Productions are far from perfect.

“Dekada ’70” examines literally a decade of life under martial law through the eyes of the comfortably middle-class Bartolome family. The stage version actually feels like watching a decade unfold.

There are two—not just one, but two!—plays-within-the-play, on top of drawn-out song numbers that bleed into each other and scenes that either repeat previous points or gratingly spell the point out for the audience.

Throughout this production, the volume, both auditory and emotional, is set to maximum; the action is always an approximation of fear and confusion; the moments of silence become literal breaths of fresh air, you would think this show might one day outlaw the mere act of breathing. And, by the way, the exhausting pace that this production insists on actually shows, most visibly taking its toll on the performers toward the end of both acts.

It’s still an excellent cast, though, and, taken on its own, the score by Valera and Matthew Chang gives us some genuinely heart-stopping anthems.

Stella Cañete-Mendoza’s performance alone is still worth the price of admission; the narrative journey she brings the audience along, her transformation from subdued matriarch to empowered woman, remains a most accomplished creation of the stage.

Note, as well, that her real-life husband Juliene is playing her onstage husband—and that we can probably make notebooks of notes out of studying their masterful pairing.

When Cañete-Mendoza’s Amanda finally asserts her personhood—“My God, Julian, it’s a woman’s world, too!” she tells her husband—it’s as perfect a moment as any for applause. Fast-forward to a few minutes later, and husband and wife reconcile, earning a tender moment between themselves. Then, the play launches into song—in itself, a terrific piece of music, but in the context of the production, like rubbing the script on the viewer’s nose.

That’s “Dekada ’70” in a nutshell. —CONTRIBUTED