This ain’t no party: Things to do on a lockdown | Lifestyle.INQ ❮ ❯ 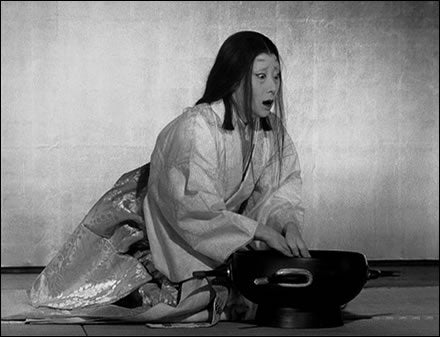 This ain’t no party: Things to do on a lockdown

You’ve gargled with saltwater and eaten your bananas. Now what?

By now the internet is awash with listicles with titles like “10 things to do while in quarantine” (last I Googled, 179,000 entries). The items range from the obvious (read a good book, binge-watch TV series you missed), to the altruistic (cook food for front-line health workers), to the Zen-like (nothing).

Adding yet another list to the pile may not be that helpful in the larger scheme of things, but it looks like we’re going to be in lockdown mode for a while, so better get used to it.

At the very least, it’ll keep me from climbing the walls.

First things first: You’ll need some music to set the tone and get you in the right mindset to survive an extended period of hunkering down. Song No. 1 on mine is “Life During Wartime” by Talking Heads, off their 1979 album “Fear of Music.” David Byrne, singing from some dystopian urban bunker: “I’ve got some groceries / some peanut butter / to last a couple of days.”

It was my soundtrack to that dark period between ’83 to ’85. It seems to fit today’s apocalyptic mood.

Also on the list is “It’s A Jungle Out There” by Randy Newman, best remembered as the theme song of “Monk,” TV’s agoraphobic detective. “It’s a jungle out there / disorder and confusion everywhere / No one seems to care / Well I do / Hey, who’s in charge here?” Prescient, no?

“People think I’m crazy, ’cause I worry all the time / If you paid attention, you’d be worried, too / You better pay attention / Or this world we love so much might just kill you / I could be wrong now, but I don’t think so … ’Cause it’s a jungle out there.”

The germophobic Monk’s compulsive hand-washing used to be a stock gag on the show. I doubt anyone’s laughing now.

Others on the list include “I’m On an Island” by the Kinks, “Don’t Let Us Get Sick” by Warren Zevon, “Don’t Stand So Close To Me” by the Police.

(For more, just Google “coronavirus playlist”—over one million results and counting, many of them on Spotify and other streaming services!)

A dog-eared copy of German author Hermann Hesse’s “Siddhartha,” his retelling of the story of Prince Sakyamuni and his search for enlightenment, was in every college student’s backpack and on every hippie bookshelf in the early ’70s (my copy still reeks of patchouli).

It’s a fable about the age-old quest for the ultimate meaning of existence.

That’s enough to recommend it, but under the present circumstances, Siddhartha’s tale is also resonant for one incident. Disillusioned with his life of luxury as a prince, Siddhartha leaves the palace and joins a band of ascetics practicing extreme self-deprivation. Eventually, he rejoins the world, applying for employment with a wealthy merchant. The merchant asks him what he has to offer in return, and Siddhartha replies: “I can think. I can wait. I can fast.”

For no other reason except these skills may come in handy if this COVID-19 thing drags on, “Siddhartha” is worth another look. It’s also relevant to the next two items.

I was a college student during martial law, so it wasn’t that far-fetched for me to think about what I would do if I was ever locked up (like some of my friends were). I was exploring yoga and studying Zen at the time, so my answer always came back to meditation. As George Clinton of Parliament-Funkadelic says: “Free your mind and your ass will follow.”

Being confined in a limited space made embracing the infinite freedom of the mind seem all the more attractive.

These days it’s fashionable to talk about practicing “mindfulness,” a somewhat more neutral term that doesn’t have the associations with “New Age” beliefs and super-gurus like the Maharishi Mahesh Yogi and Bhagwan Shree Rajneesh.

In any case, now that you’ve got nowhere to be, this might be an opportune time to establish a meditation practice. It’ll help you manage the stress that’s coming.

(Check out “How to Meditate” on www.mindful.org, to start with, and explore the literally hundreds of other “how-to” options online).

Intermittent fasting has become a dietary fad of late, and doubtless it has its benefits.

Now that you’re locked down and presumably the demands on your energy are low, this might be the time to take it to the next level and go on a real fast, that is to say, go for one day or more without eating.

Jesus went for 40 days and 40 nights without food, but then he’s the Son of God. I’m just a regular dude, but I’ve gone for a week with just water.

Anyone in reasonably good health can probably manage a day or two with no food, just liquids. (There are those who swear by a juice fast, that is, taking no solids but drinking fruit or vegetable juices. Others prefer water, nothing else.) Numerous studies have shown that fasting for even one to three days can bring health benefits, including boosting the immune system. Again, there’s a wealth of online information on how to do it safely.

Go down a rabbit hole.

The hardest part about being on lockdown is feeling the time stretch out in front of you. Conversely, the easiest way to lose track of time is to find a subject to obsess about, and to educate yourself on every conceivable aspect of it, until you become something of an expert on the subject.

For a journalist, this is sort of part of the job. But I’ve come to realize that it can also be a valuable life skill.

I’ve spent weeks, months even, going down such “rabbit holes”: I have yet to emerge from my immersion in American finger-style acoustic guitarists of the 1960s, and their influence on the “freak-folk” movement of the early 21st century. Not your cup of tea? Find something that appeals to you and follow it down the hole.