The wait for Hyun Bin: Behind the scenes | Lifestyle.INQ ❮ ❯ 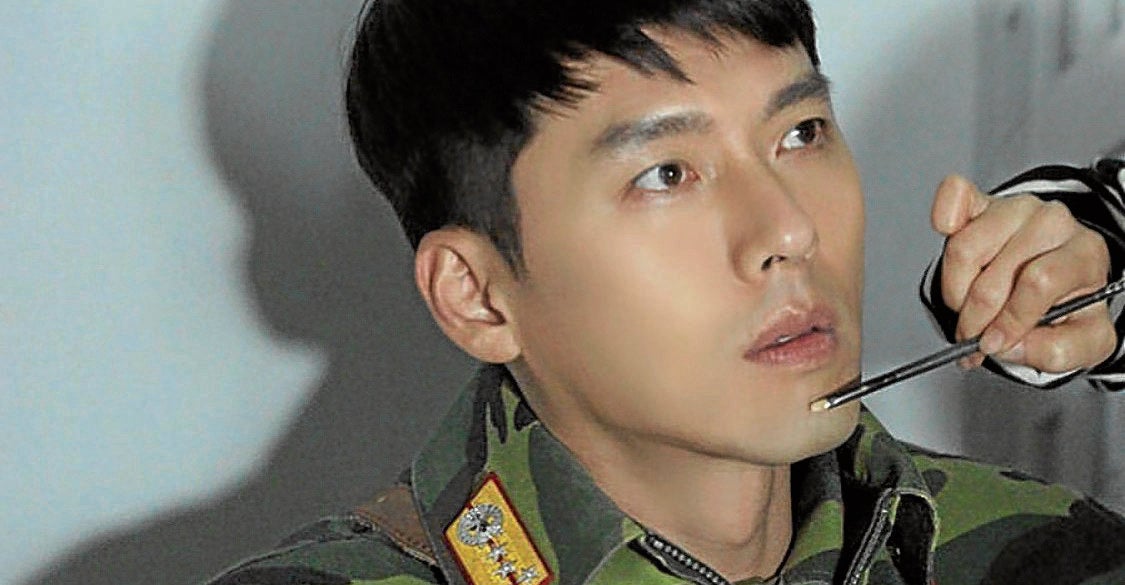 The wait for Hyun Bin: Behind the scenes

Last Wednesday, people took their minds off the pandemic to think Hyun Bin, and watch the race of teasers between Bench and Smart.

Bench head and retail visionary Ben Chan posted on Instagram a most intriguing message against a camo backdrop: “Your Crush, Landing Soon.” Smart ran a teaser of an ad showing a man’s profile that was clearly Hyun’s, with no less than its chairman MVP confirming in a tweet that it was indeed Hyun Bin.

All that in half a day at a time people remained mostly locked up in their homes, afraid of the contagion, confused about the confusion in national affairs, and fidgeting about the future. People are dying to plunge into a normal future, yet are so untrusting of the new normal.

Hyun Bin, or the idea of a Hyun Bin, becomes the stress-buster—and distraction—that couldn’t have come at a better time. He’s the latest Bench endorser, and the guy in the new Smart ad.

Hyun Bin is Captain Ri in the hit K-drama “Crash Landing on You” (CLOY) that became wildly and widely popular here last year and which in Korea, broke records with its final episode last February, peaking at 24 percent to beat “Goblin” (20.5 percent). It became the third highest rated Korean drama in Korean cable television history.

It didn’t hurt that the series quite sardonically and with humor tackled the “neighborhood” and so-called “lifestyle” of North Korea.

Women and some men here got hooked on CLOY, with some experiencing “separation anxiety” long after the series was over.

For many Filipinos, CLOY became their introduction to K-drama which has been gaining global popularity in recent years. (See “What Korea did right: A Gong Yoo or Lee Min-ho didn’t happen overnight” by Kyung Min Bae, Lifestyle, May 6, 2020.)

Now for the reality check—of course, Hyun Bin can’t crash-land in Metro Manila any time soon, not with this pandemic. Our sources say he was due to visit around the third quarter, but that is now unlikely.

So for now, his fans will just have to content themselves with his ad which Smart is rolling out tomorrow, and will have to wait for the Bench billboards and photos. Chan isn’t committing to a timetable.

In a phone interview, Chan told us, “We have delayed the launch of Hyun Bin as the new Bench endorser, not by choice but by circumstance. We want to give it the big launch it deserves but as we all know, fashion retail has been badly hit by the lockdown.

“We have just reopened most of our stores, and some are still closed. We also have skeleton manpower as many are still unable to report for work.”

Chan set things in perspective: “Our focus has been in helping our community and finding safer systems and practices, and stocking our stores with all the new essentials (alcogel, must-have apparel basics, a line of organics etc.) to ensure that we will be ready to reopen under the new normal.” (Bench has been donating supplies to hospitals and for front-liners.)

Even if the answer was obvious, we still asked him why the choice of Hyun. “Eh kayo eh,” he said, pointing at K-drama fans who apparently lobbied for the newest Bench endorser.

Chan pioneered in bringing over Korean drama and K-pop stars as endorsers and for fan meets, and has an unmatched track record in that. Bench has brought in thrice the Korean superstar Lee Min-ho, and the latest, Park Seo-joon (“Itaewon Class”), came last year. Ji Chang-wook (“Healer”), as endorser of Bench Fragrance, would have come last March for a fan meet, if not for the pandemic.

Unlike Ji, however, whom we got to interview in Seoul last year, Hyun was not available for interviews by Philippine media in Seoul.

Smart SVP and head of consumer wireless business Jane J. Basas explained to us in an email interview Hyun’s choice: “Hyun Bin’s star really shone in the series, and like many Filipinos, we turned into instant fans after watching CLOY. Then it hit us that the ‘Hyun Bin Phenomenon’ is pretty much due to digital technology, so having him would be such a powerful statement on Smart’s commitment to bring Filipinos closer to their passions.

“We also believe he will effectively get our message across in our upcoming brand campaign.”

Smart can’t reveal much until after tomorrow’s launch. “We definitely can’t wait to fly him here to delight his Filipino fans. We hope it would happen as soon as it’s safe to travel,” Basas said.

Not much of a surprise

Was Smart aware that Bench also got him?

Basas said, “It wasn’t much of a surprise to us because Hyun Bin is one of today’s biggest Asian celebrities.”

For Bench, Chan said negotiations to sign Hyun on began late last year. The agreement to make him Bench endorser was done way before the lockdown.

“The shoot was a breeze, as expected,” Chan recalled the long-distance shoot with the actor done by a Seoul team.

“You don’t need to do much if your model is Hyun Bin, right? He has a face you can binge-watch. He has the height and build of a mannequin to make clothes look good. Most importantly, he has such charisma captured in photos.”

Bench sent the clothes to Seoul, so that Hyun and the team could select pieces he actually would wear.

“We have worked with some of the photo and production teams, so that helps in making the shoot go smoothly,” he said.

However, the unveiling of the billboards will have to wait for when the times are relatively normal.

Chan said, “It would have been great to see Hyun Bin in our stores when we reopened but it wasn’t yet possible. We have also experienced delays in our apparel production and distribution. This means that the Bench clothes that Hyun Bin has chosen to wear for his shoot have not yet been delivered to the stores.

“In short, until we can fully serve our Bench friends with Hyun Bin’s presence on billboards, in-store and on our racks, we invite you to tune in to our social media channels for this exciting campaign.”

Chan set the chain’s priorities and sounded circumspect about the situation: “We have spent the months under lockdown studying and implementing safer guidelines on medically advisable practices and procedures to get our stores ready for the return of our customers.

“In brief, we have implemented store-wide disinfectation of both the facilities and the merchandise. We have conducted orientations with our staff about regular cleaning, safe social distancing and customer interaction, among others.

“We have also prepared our merchandise to reflect the need for our new essentials. You will see in our stores a wide assortment of basic clothing necessities, from shirts to socks to slippers to personal care products—must-haves in our new normal.

“So when you go to the newly reopened Bench stores, you will be greeted by a masked-protected staff, handed our Bench alcogel to sanitize your hands, and find acrylic-covered counters to minimize contact upon payment, but hopefully with the same fun shopping experience that people have always liked about our stores.”

And Bench has been promoting its e-commerce platforms. Chan said, “You can have your favorite Bench products without leaving the safety and comfort of your own homes through our various channels: benchtm.com.ph; BENCH/Flagship stores in Lazada, Shopee and Zalora.”

Even with the GCQ, people will face this new normal with cautious mind, fearful heart and escapist psyche. Now back to my BTS.