US dictionary Merriam-Webster to change its definition of racism | Lifestyle.INQ ❮ ❯ 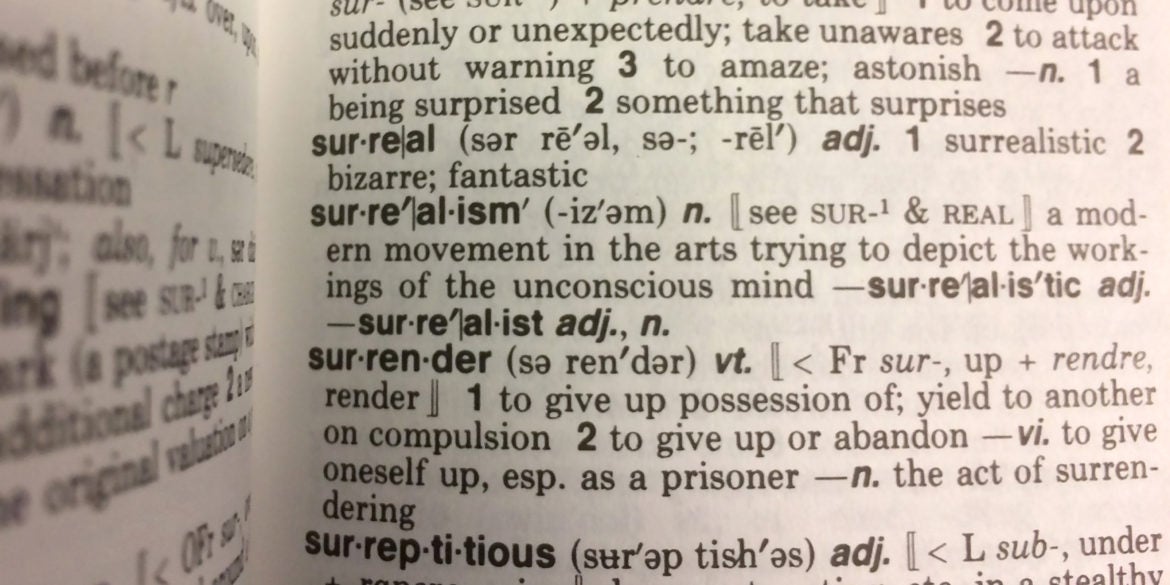 This December 16, 2016 photo illustration taken in Washington, DC. shows the definition for the word "Surreal" in a copy of the Webster's Desktop Dictionary. - Donald Trump's upset win in the US presidential election astonished people so much that they rushed to the dictionary to look up the word everyone was using to describe the event: surreal. Indeed, Merriam-Webster's dictionary on Monday named surreal its Word of the Year 2016, the honor given to the word or term with the sharpest spike in look-ups over the previous year. (Photo by Karen BLEIER / AFP)

US dictionary Merriam-Webster to change its definition of racism

The American reference dictionary Merriam-Webster will change its definition of the word racism at the suggestion of a young black woman, who wanted it to better reflect the oppression of people of color.

Kennedy Mitchum, a recent graduate of Drake University in Iowa, contacted Merriam-Webster, which has published its dictionaries since 1847, to propose updating the term.

“I basically told them that they need to include that there’s a systematic oppression upon a group of people,” she told the local CBS affiliate KMOV. “It’s not just, ‘Oh, I don’t like someone.'”

Merriam-Webster’s editorial manager Peter Sokolowski confirmed to AFP that the definition would be modified after Mitchum’s request.

The dictionary currently offers three definitions of racism, and Sokolowski said that the second definition touches on Mitchum’s point — but that “we will make that even more clear in our next release”.

In the current version of the second definition, racism is “a doctrine or political program based on the assumption of racism and designed to execute its principles,” and “a political or social system founded on racism.”

“This is the kind of continuous revision that is part of the work of keeping the dictionary up to date, based on rigorous criteria and research we employ in order to describe the language as it is actually used,” Sokolowski said.

One of the dictionary’s editors told Mitchum that the definitions of other words “related to racism or have racial connotations” would also be updated, without specifying which ones.

“We apologize for the harm and offense we have caused in failing to address this issue sooner,” the editor wrote, according to a message published by Drake University and retweeted by Mitchum.

The Merriam-Webster site, where the definitions are available for free, had nearly 50 million unique visitors in May, according to the SimilarWeb site.

Cover image: This December 16, 2016 photo illustration taken in Washington, DC. shows the definition for the word “Surreal” in a copy of the Webster’s Desktop Dictionary. (Photo by Karen BLEIER / AFP)