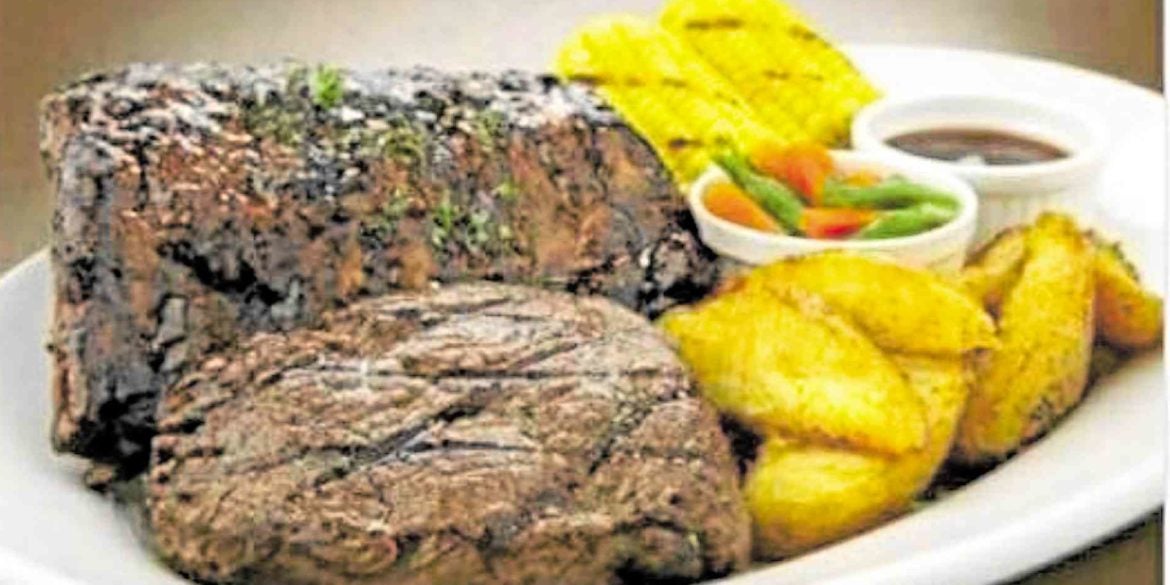 This picture was used to spread the fake news that Alfredo’s Steakhouse had closed.

For many restaurateurs in Metro Manila, it was a relief to reopen for dine-in. But they had to follow guidelines set by the Department of Trade and Industry:

1. There’s a health checklist at the entrance. Customers are told to wear face masks.

2. Floors should be marked for physical distancing.

3. There should be a one-meter distance between each table, and face-to-face dining is allowed if there is a divider between diners.

4. No buffets and self-service areas.

5. No direct contact with staff during ordering and paying.Layout of tables had to be redone, which means a decrease in the total number of diners. And while it may seem that the guidelines are clear, its interpretation is up to those who enforce these guidelines.

Take the example of one restaurant that was closed recently. A few days after reopening, it was inspected by the Department of Labor and Employment (Dole) that found everything fine. Dole even helped them with signage and other concerns.

Four days after, members of the Philippine National Police (PNP) came and said the restaurant had not been following protocol about serving alcohol outside, in the open air area. Alcohol should be served only inside, the police said. It was their final warning, the restaurateur was told. But there was no previous warning. When the restaurant checked with city hall about serving alcohol outside, it was told that it was permitted.

The PNP contingent also said customers were not wearing face masks. How can one eat and drink with a face mask? It is a part of confusing guidelines that must be addressed.

But it wasn’t the PNP that closed the restaurant. Two days after, barangay officials carried a letter that said the closure was because of some ordinance violation. When the restaurateur asked to take a photo of the letter, the official refused and padlocked the establishment.

And so it remains that way as of this writing.

Because he is a friend, I asked if I could write about the situation. The restaurateur asked not to name his restaurant or himself for fear of reprisal.

He laments how the industry is suffering and yet government, instead of helping business get back on its feet, is back to its old ways of intimidation.

In this pandemic, the local government was given a little power, which some interpreted apparently as absolute power. Well, small minds will do that.

The national government agencies (DTI, Dole) responsible for the reopening of restaurants should give the PNP and barangay the guidelines they gave business and the media. The agency should be clear about the enforcing arm—is it the PNP or is it the barangay? But violations must be cited clearly, with a copy given the restaurant, and the steps the restaurant must do to reopen.

More important, the guidelines should state clearly that any arbitrary closure will be dealt with by the Department of Justice, and the punishment should be removal from service.

In another case, a message was sent out that Alfredo’s Steakhouse had closed. Many people who got the message were saddened that this 52-year-old restaurant was no more. Some spread the bad news. Lisa Araneta, second-generation owner, later posted on Facebook that the closure was fake news.

With restaurants having a difficult time coping with this “new normal,” we hope that people check the veracity of announcements they receive before posting it on their groups or communities.