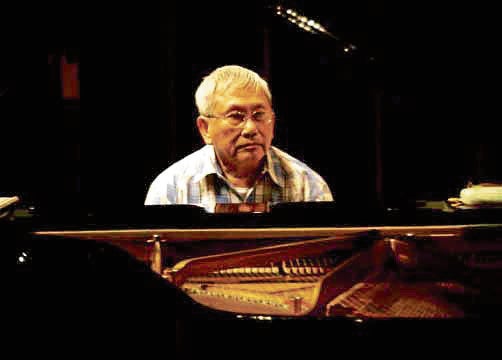 The Benedictine monk, who died July 13 at 84, ‘promoted the correct use of music in vernacular text in the rituals of the Catholic Church’

Through his life’s work, Fr. Manuel P. Maramba, OSB, brought the music of the Catholic Church closer to the hearts of the Filipino faithful.

The Benedictine monk, who died July 13 at 84 after a battle with pancreatic cancer, was a prolific composer who leaves behind a large body of sacred music that includes the Mass, symphonic works, operas, zarzuelas, songs and chants.

“Father Maramba played an important role in the translation of the music text of the Mass and the Liturgy of the Hours to Filipino, after extensive research on Filipino culture, values and traditions,” says associate professor Maria Alexandra Chua, Ph.D, of the University of Santo Tomas (UST) Conservatory of Music, where Maramba also taught composition and theory.

“He was a child prodigy and musical genius,” adds Chua. “He was a concert pianist, organist, theorist and composer, an advocate of atonality who also brought in Philippine musical forms and structures into this compositions.”

Born July 4, 1936 in Pangasinan, Maramba was only 11 when he gave his first recital on the famed bamboo organ at the St. Joseph Parish church in Las Piñas. He became the official accompanist of the Las Piñas Boys’ Choir at age 14.

After earning his music degree in piano at the UST Conservatory of Music in the 1950s, Maramba earned a master’s in composition at the Peabody Conservatory of Johns Hopkins University, and another master’s in musical performance from Yale University’s School of Music.He joined the Benedictine order in 1962, and entered the priesthood in 1967. He served as parish priest in New Mexico for a time, but devoted himself to music upon his return to the Philippines in 1977.

“His major works were usually based on local religious themes,” says Chua.

Among these are the operas “Aba! Santo Nino,” “La Naval” and “Lord Ukon Takayama,” “Ang Sarswela sa San Salvador,” and the symphonies “Pugad Lawin” and “The Virgin of La Naval.”Maramba also composed cantatas and hymns for St. Lorenzo Ruiz, St. Benedict and St. Scholastica, the official hymn of the 1996 National Eucharistic Congress and various songs for Christmas and Holy Week celebrations.

“He also composed the Papal Mass during the World Youth Day celebrated by Pope John Paul II in Manila, which was sung mainly in Filipino,” adds Chua. “As a liturgist, he promoted the correct use of music in vernacular text in the rituals of the Catholic Church.” INQ