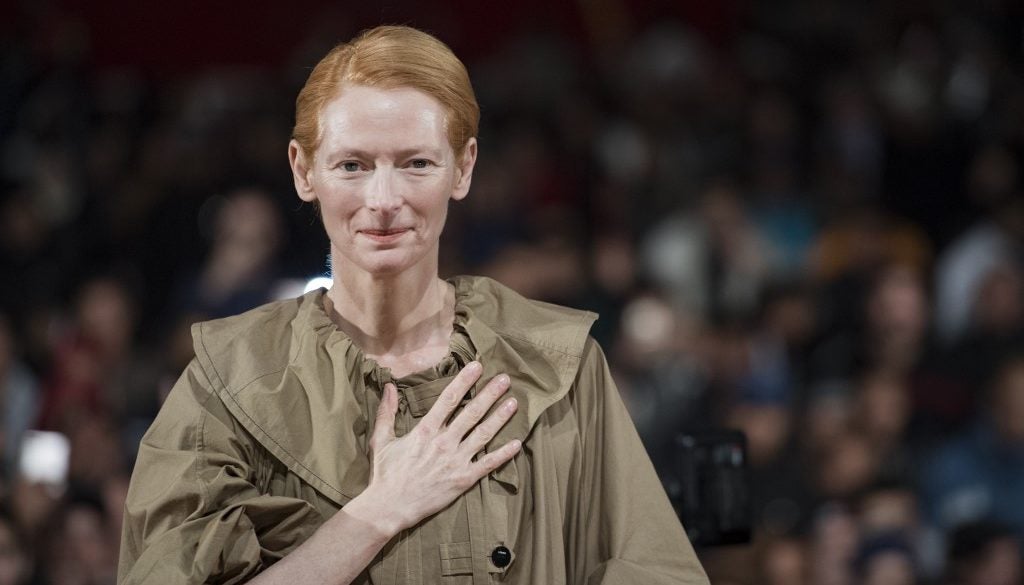 British actress Tilda Swinton attends the Screening of "Snowpiercer" during the 18th edition of the Marrakech International Film Festival on December 3, 2019 in Marrakech. (Photo by FADEL SENNA / AFP)

“Tilda Swinton is unanimously recognised as one of the most original and powerful performers to establish herself at the end of the last century,” said festival director, Alberto Barbera.

Swinton won a BAFTA and an Oscar for best supporting actress for her performance as a hard-nosed corporate attorney in Tony Gilroy’s 2007 film Michael Clayton.

Barbera similarly praised Hui, describing her as “one of Asia’s most respected, prolific, and versatile directors of our times.”

After studying at Hong Kong University and then at the London Film School in the early 1970s, Hui, made her debut feature film, The Secret, in 1979, which established her as a leading light in Hong Kong’s New Wave movement alongside Tsui Hark, John Woo, and Patrick Tam.

Now, at 73, she has made 26 films, two documentaries and a number of shorts.

This year’s Venice festival, its 77th edition, will run from September 2 to 12, and will be greatly reduced in size as a result of the coronavirus pandemic, with strict social distancing rules in force.

It is seen as doubly important this year because other top festivals, including Cannes, have been cancelled.

The line-up will be announced on July 28.