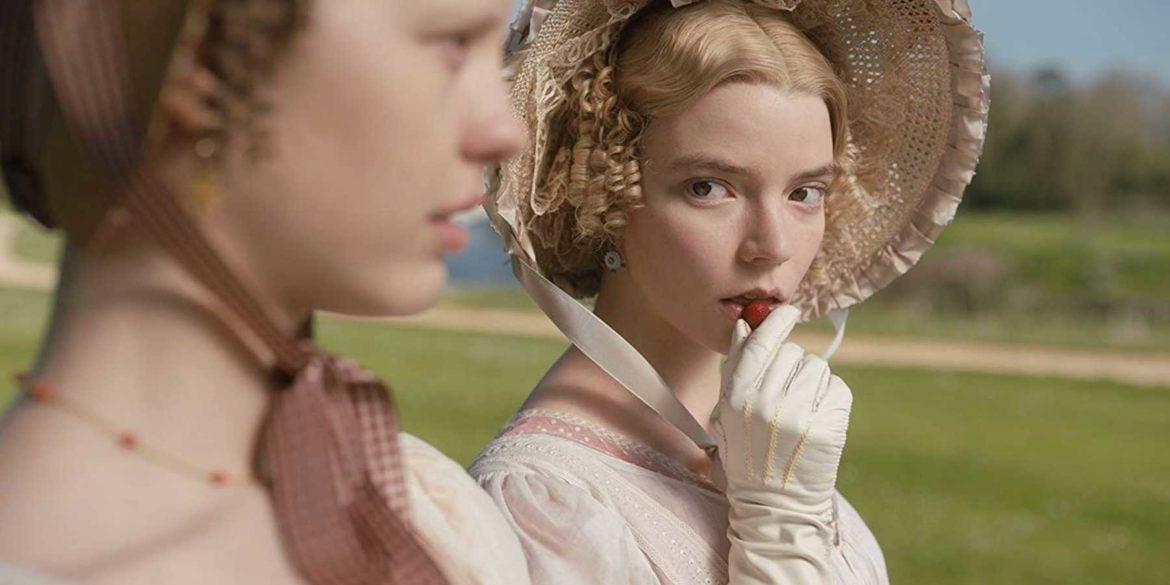 I think it’s impossible to genuinely appreciate (that is, geek out on) contemporary clothing without some idea of its precedents in historical dress. For example, spotting panniers cropping up at Loewe, and having a bit of an idea where that comes from, makes it all the more enjoyable to unpack the codes of the season, how they overlap, and how to interpret the so-called “trends.”

The first video that got me sucked into an unprecedented rabbit hole of historical dress on Youtube is Bernadette Banner’s “Achieving That Classic Edwardian Shape: Reconstructing a 1902 Bust Bodice”. I don’t sew and don’t intend on making an Edwardian bodice (not anytime soon, anyway) but this is just exactly the kind of Internet content that keeps me up at night, justifying to myself, as the minute and hours wear on, why it’s okay that my alarm is set to go off in three hours, and how the benefits of sleep are cumulative anyway, and so on. My favorite part about this construction is the use of goose feathers as boning. Indeed it’s interesting that feathers of all kinds are still widely in use now in contemporary fashion, almost always to evoke a sense of in-the-know eccentricity or some old world glamour.

Video number two is Karolina Żebrowska’s “Are ‘Emma.’ (2020) Costumes Historically Accurate? aka What Makes Good Period Drama Costumes”. I haven’t seen Emma and this review made me want to see it! Karolina Żebrowska breaks down the criteria for successful historical costume into 10 points, from silhouette and colors, to hairstyles and narrative. I think what’s great about this systematically elucidated analysis is that these considerations can apply not only to historical dress but also contemporary fashion, both in the designing and wider styling departments. After all, all art was once contemporary art. I can imagine how insights like this can also be a great perspective for today’s fashion image makers. Good instinct for things like color and texture may come naturally to some, but it surely doesn’t hurt to be able to communicate it with sufficient clarity when working with a creative team.

Another video that seems to have randomly blown up on Youtube is Elin Abrahamsson’s ““Getting Dressed in the Late 14th – Early 15th Century”. What I particularly like about this video is that it gives you a glimpse of the rudimentary yet sophisticated roots of fashion technology, in this case from the point of view of a medieval working class woman. It does make me think about the representative fashions of certain epochs, and how it’s never really one definitive look that can encapsulate the zeitgeist of a period, but that it’s necessarily multiplicitous and wide-ranging. I also happen to be quite a sucker for medieval art, and it helps to know what I’m looking at when consulting the odd illuminated manuscript every now and again.

The fourth is not about historical dress per se, but one featuring an egyptologist who only wears vintage. In Rachel Maksy’s “Watching ‘The Mummy’ With an Actual Egyptologist”, the agenda is precisely that: fact-checking the film, from on-screen hieroglyphs to standard archeological practices. Spoiler alert: flesh-eating scarab beetles aren’t a thing, and cats don’t really work on ancient Egyptian demons. It’s really cool, though, to see this retroactive inspection in action, and all the awesome ways that devoted scholarship can map out a narrative of how everything is connected, from morals to clothes.

Finally, if you’ve got more time on your hands, check out historian Jane Bridgeman’s lecture at the Frick, “From Cardinals to Courtesans: Dress as Image in Italian Renaissance Painting.” If you didn’t already surmise, talking about embroidery and fabrics in paintings really gets me going. The most interesting bit for me from the lecture is about the jewelled marten heads that appear in the portraits of aristocratic Renaissance women, like the portrait of her mother by Sofonisba Anguissola. I mean, those little fuzzy things are lowkey weird but were apparently status symbols of the time. I wonder, what will future anthropologists make of our status symbols today?