Key to better health, slowing down aging is your lifestyle | Lifestyle.INQ ❮ ❯ 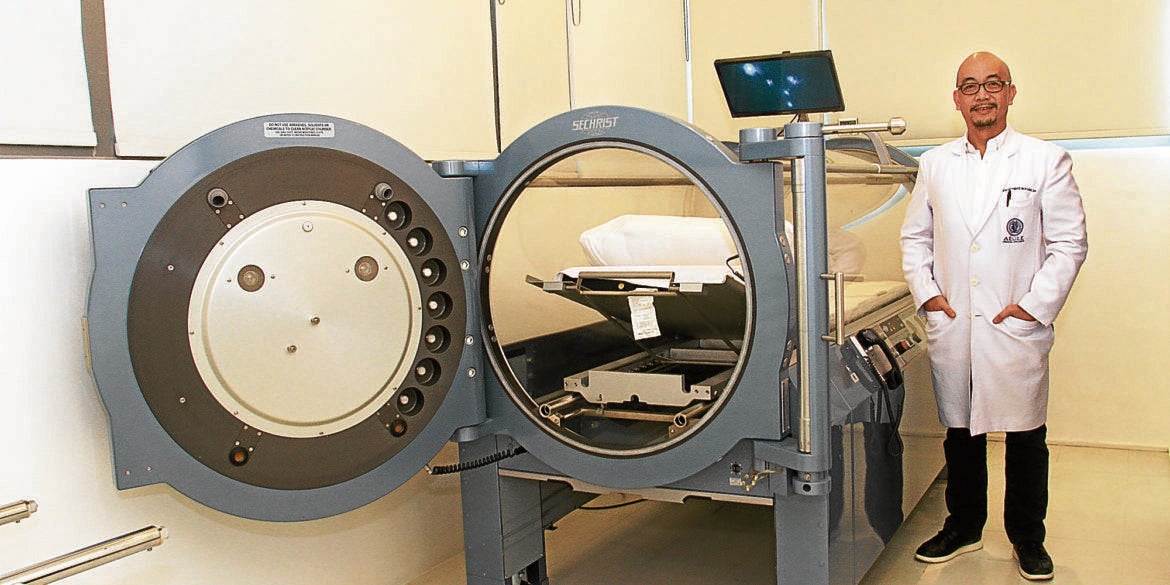 Key to better health, slowing down aging is your lifestyle

Your executive checkup results are normal, but you’ve been chronically lethargic. Most likely, other problems in the body have been left undetected. “We conduct a series of tests that are not routinely done in the hospital or laboratories,” says Dr. Benedict Valdecañas, medical director of Aegle Wellness Center at the City Club in Alphaland Makati Place and Balesin Island Club. “Hormones, neurotransmitters (chemical messengers) and micronutrient deficiencies affect functioning. When you examine people with fatigue, their hormone levels are low and their neurotransmitters and micronutrients are insufficient. These are substances that the body needs to function normally,”

The center is named after Aegle, the Greek goddess of good health and assistant to her father, Asklepios, the medicine god. Valdecañas likens the weary body to a car with a full gas tank, but encumbered with low automatic transmission fluid which could lead to problems.

“The concept of this center is to slow down aging and help the body recover from diseases by hastening regeneration,” he says. “We have the genetic capacity to live up to 150 years old. Because of our lifestyle, the average lifespan has been shortened to 75 years.”

Valdecañas is both an orthopedic surgeon and a functional medicine doctor. He quotes an American biologist as saying that sports medicine is the mother of functional medicine. “When I hear patients complain of knee pains, back pains and sports injuries, we try to get them out of the rut of injuring themselves. We teach them how to train and live their lives better. This is how functional medicine was born—preventing people from getting sick and enhancing their performance. Some people may not have any ailment, but they want to maximize their capacity as a living system. We start by determining the state of their health with a blood-based diagnostic system.”

In mainstream medicine, the doctor focuses on the patient’s symptoms and prescribes protocols based on them. “The thrust of the center is to look into the underlying cause, which is usually lifestyle. That’s why we have lifestyle diseases—hypertension, heart disease, sleep deprivation or psychological problems,” says Valdecañas.Aegle Wellness Center has its own diagnostic facilities and pharmacy, which customizes supplements based on blood test results. The integrated center also offers colon hydrotherapy and herbal soaks to address certain ailments and chronic fatigue. In the cancer support program, Aegle coordinates with the patient’s oncologist and provides nutrition and supplementary programs that complement chemotherapy.

“Our treatments are evidence-based. They adhere to medical procedures,” says Valdecañas.

Throughout the lockdown, Aegle remained operational by providing the staff with board and lodging in Alphaland, where it is located. They guarded against viral infections through staff quarantine, personal protective equipment and vital supplements.

“We provided care to high-risk patients through immune system enhancements such as intravenous supplements and hyperbaric oxygen therapy,” says Valdecañas.

The hyperbaric oxygen therapy (HBOT) is one of Aegle’s modalities used to help the body recover from the ravages of time and lifestyle.

The patient lies inside a chamber that is highly pressurized with pure oxygen. The lungs accumulate more oxygen, which is transported by the blood through parts of the body not reached by oxygen in a normal breathing cycle, stimulating cellular growth and repair.

“Oxygen is the most vital element that the cells need,” explains Valdecañas. “HBOT helps the body regenerate up to a four times faster. Postoperative surgery patients do it for faster healing. In this pandemic, HBOT is an immunity modulator by optimizing immune responses to this viral infection. It effectively suppresses the cytokine storm (an immune response where the body damages its own cells) that has been the cause of complications and multiple organ failures in those who have been infected.”

Aegle’s profile of HBOT patients ranges from children with autistic spectrum disorder to seniors with Alzheimer’s and Parkinson’s disease. Athletes undergo the treatment after an intense game, as do people who want to maintain good health. “Alzheimer’s occurs when neural connections die out because of amyloid deposits. Amyloid is a byproduct of sugar metabolism that crosses the blood-brain barrier and accumulates in the brain. Parkinson’s is a shortage of dopamine production and other neurotransmitters. These are treated by flooding the brain with oxygen. You can’t do that with normal breathing cycles in the atmosphere we have now,” says Valdecañas.

He notes that HBOT does not cure Alzheimer’s or Parkinson’s, but merely delays the progression. Nonetheless, patients keep coming back for HBOT.

Valdecañas says there has been research indicating that the brain repairs itself, but slowly. “Recent studies show increased levels of oxygen in the brain during HBOT sessions help with neuronal repair or brain cell regeneration, and neuroplasticity, the remodeling of the brain to take over lost functions,” he explains.

In dealing with autism, Aegle addresses the child’s nutritional deficits, complemented by HBOT. “There are specific amino acids that are lacking in an autistic child. Amino acids are the building blocks of proteins that make up the human body. We replace these deficiencies and give them specific treatments in the hyperbaric chamber. The feedback is that the kids respond better to their parents. The effects are temporary. HBOT must be done repeatedly and the children must be maintained with amino acid supplements.”Diabetic patients also gain from HBOT. “Diabetics have poor circulation in their extremities because of the crusting of their capillaries. Their muscles have likewise atrophied. We can help the body repair and improve circulation through an exercise program. Muscles develop faster in an oxygen-rich environment,” says Valdecañas.HBOT has been known to treat anemia and its causes. “In physics, Henry’s Law states that oxygen dissolves in the blood under increased barometric pressure so one would not be dependent on the volume of red blood cells in transporting oxygen to the tissues,” he explains.

After the treatment, the chamber is thoroughly sanitized with alcohol-based antiseptics. “The system uses pure oxygen through pipes with multiple filters that get rid of microbial impurities,” he says. —CONTRIBUTED INQ