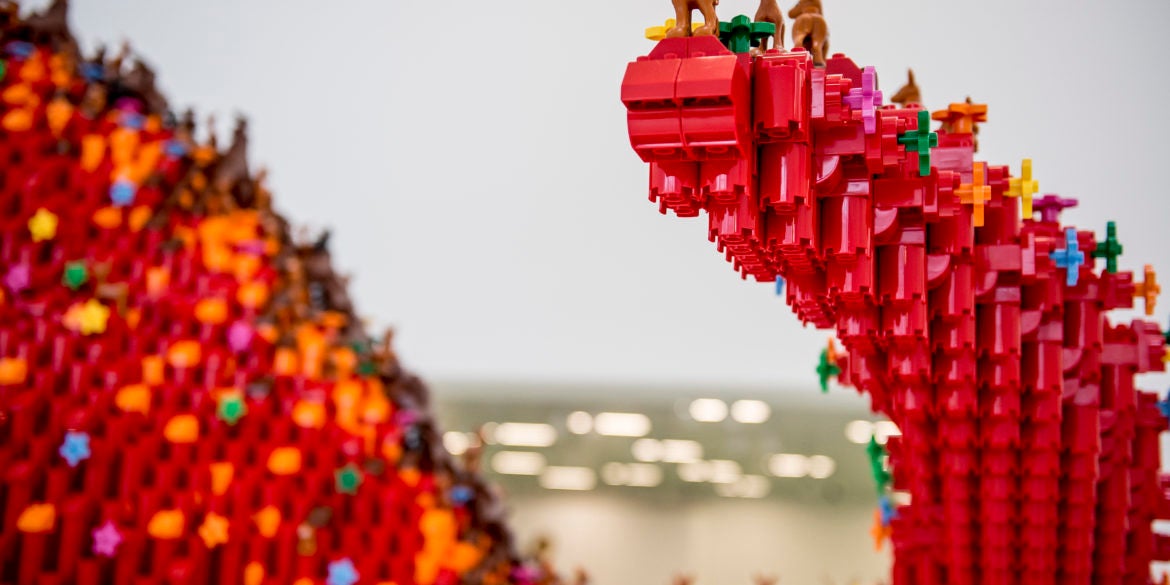 A construction made of Lego bricks is pictured at the Lego headquarters in Billund, Denmark, on March 6, 2018, on the sidelines of the company's financial statement for 2017. (Photo by Mads Claus Rasmussen / various sources / AFP) / Denmark OUT

Danish toymaker Lego said Thursday it was launching a new version of its iconic plastic bricks featuring Braille for the blind or visually impaired in seven countries.

The bricks have the same shape as the regular ones, but the studs on top are rearranged.

“The bricks are moulded so that the studs on top reflect individual letters and numbers in the Braille alphabet while remaining fully compatible with the Lego system,” a statement from the company said.

The bricks also feature a printed version of the symbol or letter.

Lego said it wanted to encourage blind and visually impaired children to explore new ways of learning to read and write.

“With thousands of audio books and computer programs on the market today, fewer young people are learning Braille. Yet, individuals with blindness or impaired vision all over the world rely on Braille to work, study and enjoy their daily lives to the fullest,” Lego said.

The new bricks will first be sold in Brazil, Britain, Denmark, France, Germany, Norway and the United States, before being extended to another 13 countries in early 2021.

In 2019, Lego allocated 25 percent of its earnings to the Lego Foundation, which helps disadvantaged children.

Cover image: A construction made of Lego bricks is pictured at the Lego headquarters in Billund, Denmark, on March 6, 2018, on the sidelines of the company’s financial statement for 2017. (Photo by Mads Claus Rasmussen / various sources / AFP) / Denmark OUT