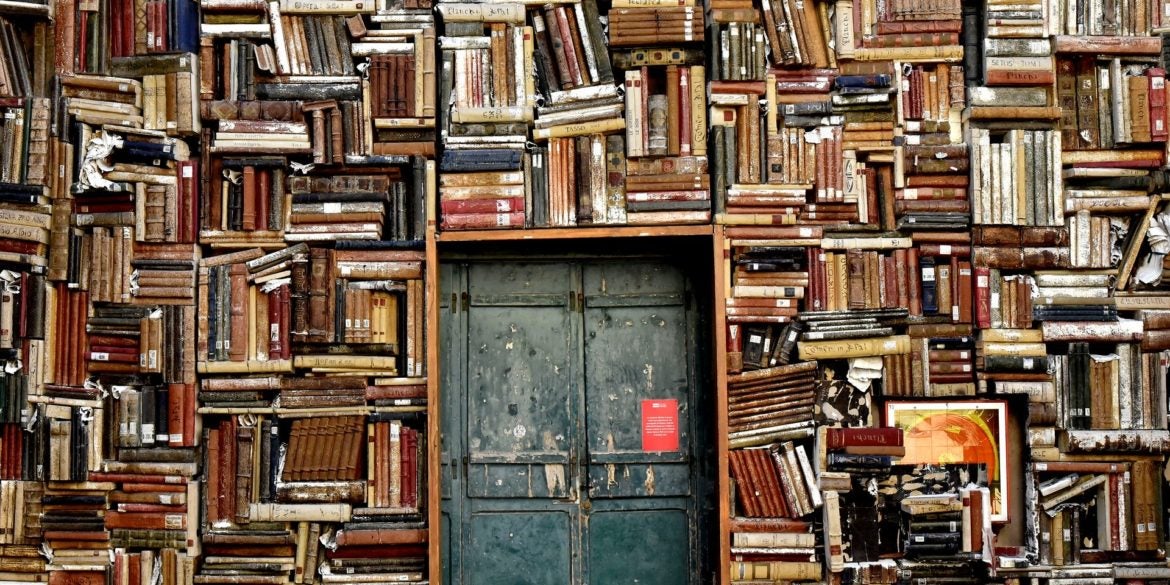 The Frankfurt book fair, the world’s largest, is going ahead this week even after a spike in coronavirus infections turned the German city into a high-risk area.

With authors signing books behind plexiglass, audiences wearing masks, and industry events moved online, this year’s edition is unlike any other.

The rapidly worsening outbreak, in a country that has so far coped relatively well with the pandemic, forced organizers to rewrite their plans several times.

Just 48 hours before Wednesday’s kickoff, fair director Juergen Boos and his team decided to ban audiences from attending readings and interviews in a concert hall that had been due to host 450 people at a time.

“We had to react right away,” Boos told AFP after Frankfurt was colored red on the coronavirus map.

It was a huge blow to a fair that last year drew 300,000 visitors and has already been drastically scaled back.

The on-stage author talks at the now eerily empty Festhalle arena are still taking place however and are being live-streamed.

Also empty is the adjacent conference center, normally a hive of activity where booklovers could rub shoulders with top publishing executives and writers like Dan Brown and Cecelia Ahern.

With many international visitors unable or unwilling to fly in because of the virus this year, organizers have built digital platforms for publishers and agents to discuss trends, sniff out the next bestsellers and haggle over translation rights.

Literary happenings and political talks have also shifted online and can be followed by anyone with an internet connection.

But there are still ways to experience the “Buchmesse” in person.

Hotels, museums, bars, and bookshops across Frankfurt are hosting dozens of readings and discussions until Sunday to bring the fair to life, welcoming audiences of up to 50 people.

Guests have to mask up, follow social distancing guidelines, and share their contact details so they can be notified if someone at the event later tests positive.

“Everything has to be completely safe in terms of health precautions,” said Boos. “But we must be able to have these personal encounters.”

“I’m interested in his work and really wanted to be here,” she told AFP. “I feel protected with my FFP2 mask on.”

Being forced to switch to a mainly digital fair has its upsides, Boos said, allowing for larger audiences and attracting speakers who might never have come to Frankfurt.

More than 4,400 exhibitors from over 100 countries have registered to take part virtually.

For members of the public, this week’s live-stream highlights include interviews with Hong Kong democracy activist Joshua Wong, US whistleblower Edward Snowden and legendary author Margaret Atwood of “The Handmaid’s Tale” fame, whose native Canada postponed its role as guest of honor at this year’s fair to 2021.

But Boos said nothing could replace the physical fair with its “creativity, chance encounters and a little bit of chaos”.

Volker Bouffier, the premier of Frankfurt’s Hesse state, said at the opening press conference that it was “brave” of organizers not to cancel the 2020 edition, “which would have been easier”.

But canceling the high-profile fair, which dates back to the Middle Ages, was never really an option.

Boos said there was a need for the industry to get together after other book fairs, including in London and Bologna, were scrapped because of the virus.

Surveys in Europe suggest reading has increased during the Covid-19 lockdowns, particularly among children and young people, and book sales are up in several countries.

“When the bookshops closed, we realized how important books are,” Boos said.