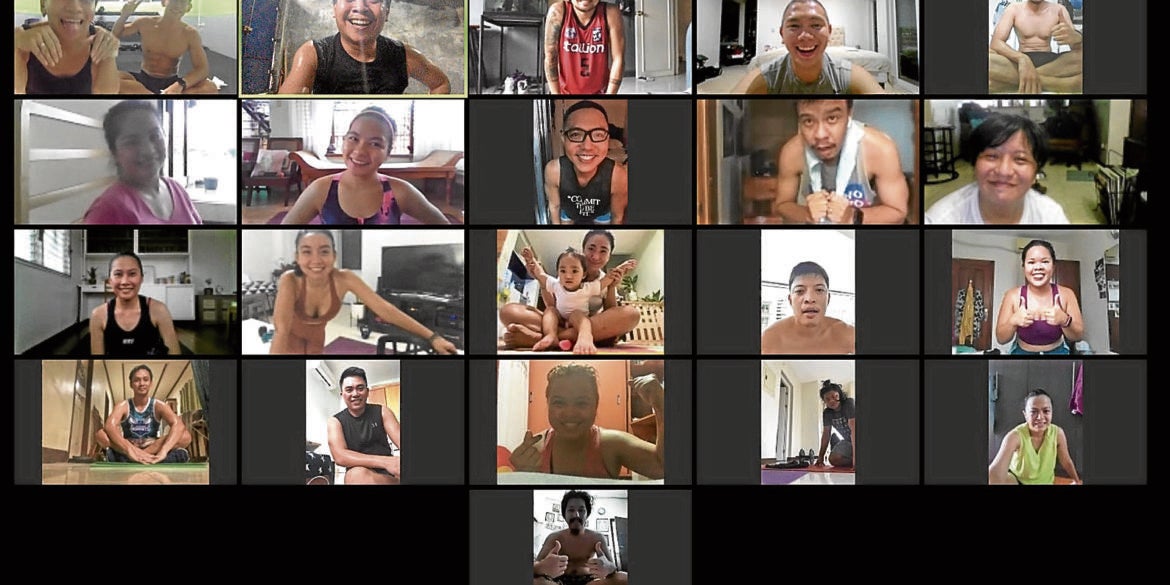 By his own admission, freelance journalist Bim Santos (Bim Santos on Facebook; @josebimbosantos on Twitter) was never an athletic person. In high school, he recalled how he was one of the last ones picked for competitive sports. This would continue through college, and until he started working.

“Although I had a bit of height and heft during high school, I was an awkward, bumbling stooge on the basketball court without any grace, floor IQ or athletic prowess. I was also quite chubby,” Santos told Lifestyle in an email interview.

Six years ago, he started his fitness journey by running. He also learned to ride a bike around the same time. He joined his first race in 2015 and his first marathon two years later.

“There was no looking back after that,” he said. His decision to live a healthier, more active lifestyle, however, was not prompted by a single incident, but by a confluence of factors. His weight and blood pressure shot up, his father passed away due to diabetes complications, he got married and his wife gave birth to their son, Juan.

“The trajectory of my fitness journey is not a straight line. It proceeded in fits and starts but I really kept at it. I tried to exercise every single day, even if it was only a few minutes of jumping jacks or pushups or situps,” Santos said.

“There was even a time when I used to frequent a particular coffee shop because they had a spacious and very clean toilet where I would do pushups in between hanging out to read and write while having coffee.”

That all came to a stop with the lockdown in mid-March due to the pandemic. After being so active for a decade, Santos was blindsided by the strict quarantine. On his Facebook page, there’s a video of him literally running around in circles in their garage just to get his heart pumping.

“I think I got the idea from my social network. Many endurance athletes were coming up with creative ways to stay healthy during the lockdown.” His own home regimen included skipping rope and doing push-ups and various weight exercises. “I also do passive exercises, where I squeeze in an exercise while doing something else just to maximize time. In the shower, I do three sets of squats—one for the initial pour, second while rinsing shampoo, third while rinsing bath soap. I also read the paper or practice Mandarin by listening to an instructional podcast while pedaling on the stationary bike. I just feel more productive hitting two goals at the same time,” Santos said.

This desire to do more despite the restrictions eventually led him to start his own exercise class on the Zoom platform. From an initial five members, the group (now called BimBuddies), has grown to include over 50 people. They usually have 12 participants per session, with twice that number on weekends. The group is open to all interested individuals.

“We meet at 4 p.m. every other day, so there are recovery days in between. I’m a fitness enthusiast, not a professional trainer, so I keep the workouts simple and just change them up—leg day one day, followed by arms and chest, then cardio and core on succeeding sessions. I try to keep things interesting with new drills every now and then,” Santos said.

He sometimes asks other members to take the lead. So far, those who have led sessions include an HIIT instructor from Australia, yoga instructors from the Philippines and Singapore, and an Air Force major who, “along with his company crew, walked us through rounds of the army dozen.”

It’s not all physical exercises with the BimBuddies, though. Santos recently started a weekend talk session where a member can talk for five to 10 minutes about anything he or she feels strongly about.

“I figured it’s a good release, with all the pent-up mental toll of 2020, and weekly brain food for the group. It’s very interesting and fun, as members also get creative with their presentation decks,” he said.

With the pandemic continuing to rage on, most people might think that the sensible thing to do now is to exist, get by, survive. “But being on a bike, running, feeling your heart beat violently against your chest, or just working out with friends and really seeing a community grow healthy along with you somehow gives light to the stark difference between living and just existing,” Santos said. INQ