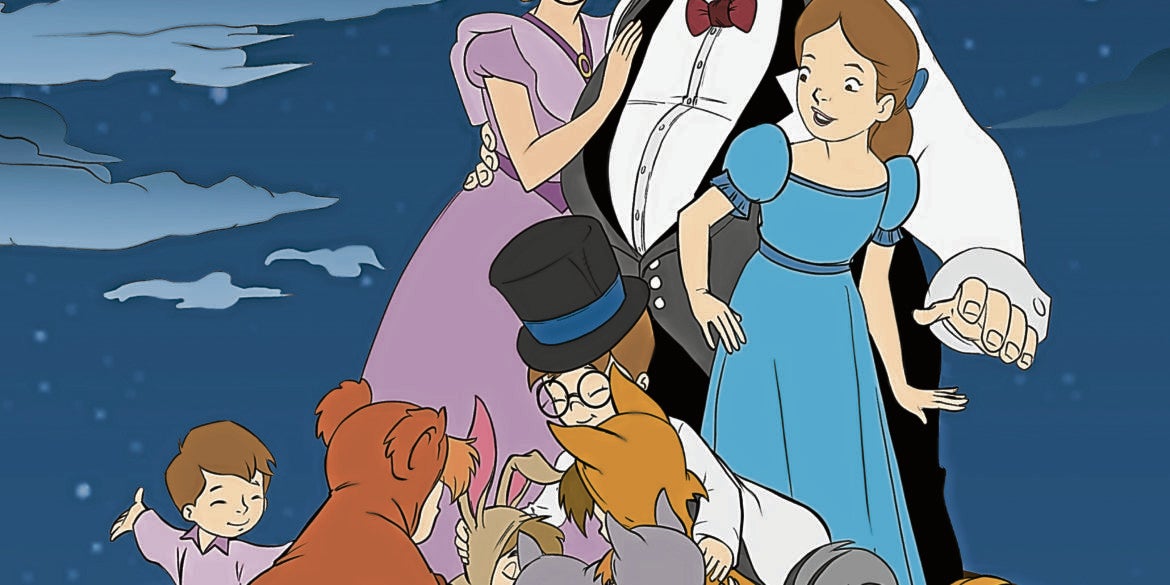 The cover for “Peter Pan”

Ballet Philippines (BP) is banking on kids to diversify its audience mix and create an expanded audience for dance.

The Cultural Center of the Philippines’ (CCP) resident company is cultivating a child-friendly image through Batang BP, a program that familiarizes children with ballet as an art form and the pleasures of a live performance through tours, eventually, but meanwhile, through storybooks.

Under the quarantine, BP generates this dialogue through “BP Tales, Tots and Tutus,” a section of its website, Ballet Philippines OnStream (ballet.ph). The section has short videos on arts-related values. Definitely a hit is the coloring book of a famous ballet, which can be downloaded for interactive play.

“Our current audience is much older,” says BP president Kathleen Liechtenstein. Tapping the millennial market was challenging since their mindsets have been shaped by popular culture. The company is going for a much younger age group, she says, preschoolers 3-5 years old who have impressionable minds.

Prepandemic, the advocacy of educating children on theater culture emerged out of complaints from the audience, adds Liechtenstein. BP invited schools to watch its shows through Share the Magic, a program that reserved free seats for kids, in an attempt to awaken their appreciation for the dance.

Following a narrative told through dance however proved daunting for the young spectators. They got antsy after a while; some would start conversing loudly, distracting the adults. BP addressed this by sending the school faculty guidelines on theater etiquette in advance. Before the show, the children were briefed on how to behave inside the CCP and what to expect during the performance.

At the time, Batang BP was already being drawn up as an outreach program that would originally start with 100 nursery schools. The game plan was, a storyteller would read a ballet narrative while a costumed character, say the Sugar Plum Fairy, danced. This would be followed by a question-and-answer portion, and then the ballerina would hand out comic books or coloring books of the story ballet as souvenirs.

“We thought the children should see that there was more to dance than ocho-ocho (twerking),” says Liechtenstein.

Despite the continuing freeze on the live entertainment industry, she believes that audience education should continue, if only on a digital platform. This makes BP OnStream a viable response to the pandemic: Keep the audience engaged and introduce BP to a new market. The website offers free ballet classes with foreign guest teachers, videos from BP’s repertoire, profiles of BP dancers, choreographic studies and also lifestyle tips from experts in different fields.

As for the kiddie corner, Liechtenstein explains, “Children’s movements are curtailed at this time, especially if they live in condos. They are likely to be in front of gadgets for long periods, so we came up with that.”

“Tales, Tots and Tutus” offers mini-classes and short videos on etiquette—how to properly use mobile phones, how to watch a ballet, even table manners. Most anticipated feature, it’s turning out, is “The Nutcracker,” a coloring and storytelling book that can be printed out. Liechtenstein imagines that, in the future, knowing the plot in advance through the coloring books will make it easy for children to keep in step during a performance. She reports that BP has received hundreds of positive feedback on the children’s section. One mother found that it provided bonding time with her daughter and a chance to reminisce on her own childhood. Plans are afoot to introduce coloring books on “Coppelia,” “Peter Pan,” “Cinderella” and “Sleeping Beauty.” A ballet animation is likewise being developed.

With all these components, “Tales, Tots and Tutus” under the Batang BP brand aims to build anticipation for ballet among the kids, and perhaps guarantee an enjoyable experience each time they go to the CCP.

“It’s empowering for Filipinos to have choices in entertainment,” says Liechtenstein.

Already, she is planning a post-COVID future for BP. “There are 27 million unemployed. Both the national economy and individual buying power are down. Yet people will always want to be entertained. The government may see art as nonessential but even in times of depression, people need to smile now and then. Art can deliver that relief.” —CONTRIBUTED