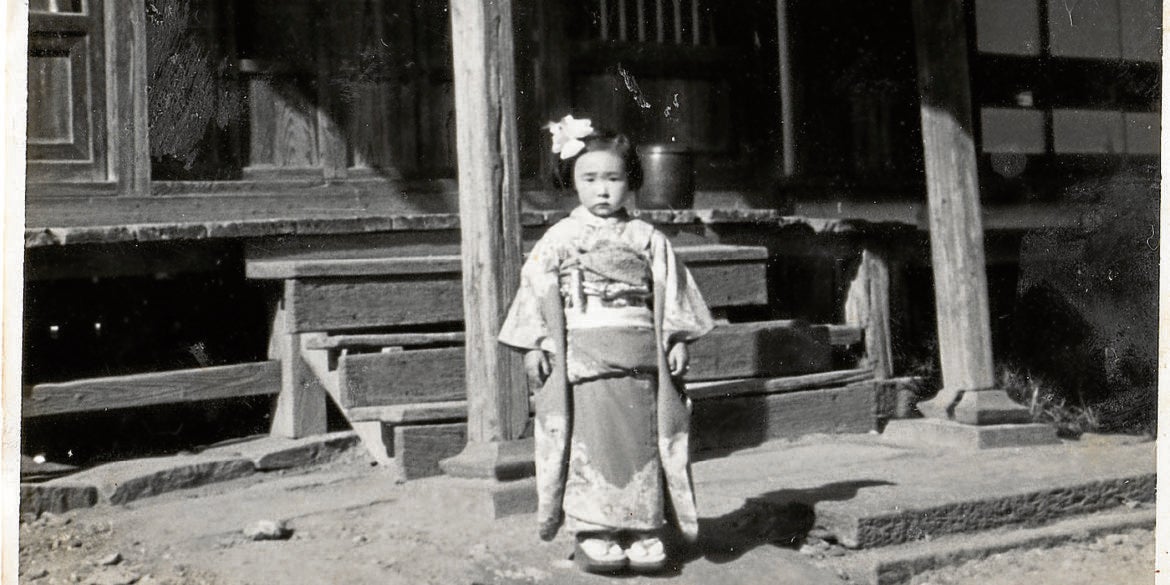 Kansho Aizawa as a child. She’s featured in the “Tsunami Spirits” episode of “Unsolved Mysteries.”

In March 2011, a big earthquake with a magnitude of 9.2 struck the Tohoku region of northeastern Japan. It left no buildings or structures upright. This was followed by a huge tsunami never seen before, and it swept everything away, making the once beautiful community a completely deserted wasteland. The disaster killed more than 18,000 people, with 2,000 more missing.

More than 120,000 buildings were completely destroyed and 726,000 partly damaged. The tragedy was recently featured by Netflix in its series “Unsolved Mysteries.”

A few weeks after the tragedy, a lot of stories circulated that the spirits of the victims of the tsunami were haunting the living. A tsunami survivor whose entire family died during the catastrophe began collecting stories of people who had had eerie encounters with those who died in the tsunami.

One story was about a man who saw an old woman sitting in a chair facing an open window in their house. She was wearing the dress of his mother. When he approached the woman to take a picture of her, her appearance changed suddenly and she vanished.

Another story was by a woman who could see the spirits of the dead. She would see them walking aimlessly as if lost and asking for help, because they could not locate their former homes. She would help them realize that they were already dead.

The mother of a 3-year-old boy who died kept his toy in their dining room as a reminder of him. One evening, one of his electric toys turned on by itself, which could not possibly happen, because it had to be turned on manually with a strong force.

But the most frequently told stories of encounters with the spirits of the tsunami victims came from taxi drivers in the area. They told of passengers hailing them and asking to be brought to a certain place. But before they reached their destination, the passengers would suddenly disappear.

The taxi drivers ended up paying for the unpaid taxi fares of the ghosts! So they soon learned to avoid picking up passengers along those places.

This reminds me of the stories which became popular in the 1980s about a “white lady” who could be seen walking along Balete Drive in New Manila and sometimes hailing a taxi. Then she would disappear from her seat. It is believed that the white lady was a rape victim. This became an urban legend in Manila circles. We don’t hear such ghostly encounters happening anymore in that area, but I do not doubt its veracity. So many taxi drivers and motorists have encountered that white lady.

Back to our story of what has been called the “tsunami spirits” in Japan. A Buddhist monk named Kaneda helped the bereaved persons who survived the tsunami cope with the appearance of ghosts after the dreadful catastrophe. Kaneda even did exorcisms on those who were possessed. Richard Lloyd Parry, a British journalist who had lived in Japan for 18 years, investigated those ghost stories and wrote a book called “Ghosts of the Tsunami.”

“For a lot of people, it was simply strange and disturbing dreams about their lost loved ones. Other people who had not experienced loss saw spooky figures on the beach. There was a man who hated to go out because he saw eyes of people in puddles. Many sought the help of mediums in locating their missing loved ones,” Parry said.

“It does not really matter whether ghosts exist or not. What matters is that people believe in them. These experiences are real,” Kaneda said.