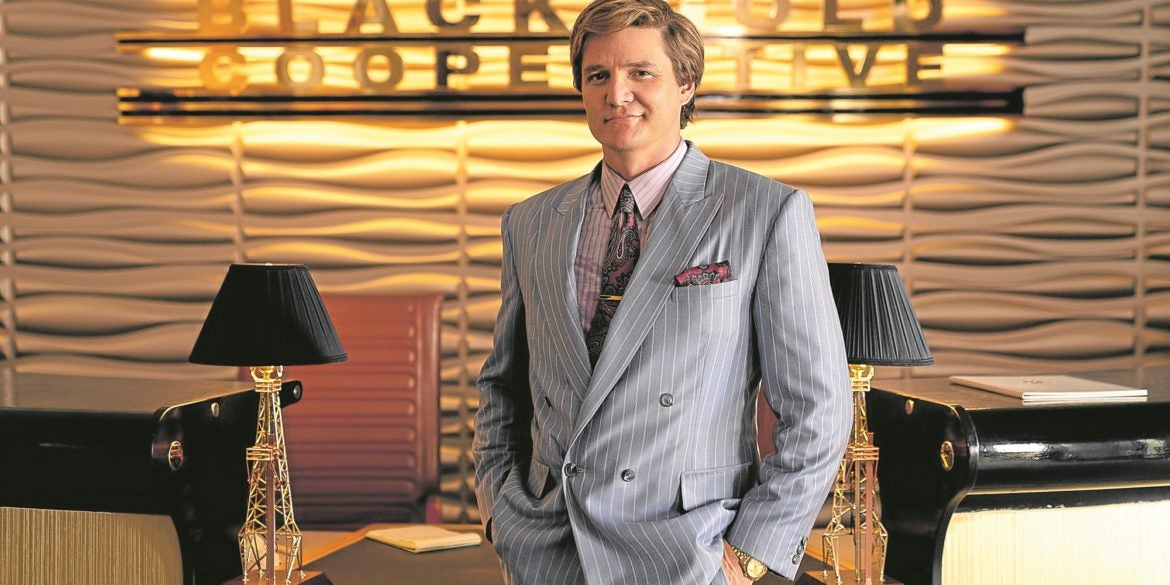 Pedro Pascal was born in Chile, exiled in Denmark and educated in t he United States. The 45-year-old actor has also played memorable characters in two of the largest franchises: HBO’s “Game of Thrones” and Lucasfilm’s “The Mandalorian.” But now he joins his third franchise by playing Maxwell Lord in “Wonder Woman 1984.” Even in this role, Pascal remains kind of a sentimental scoundrel, where did he get this quality? “I got it from Chile,” he says with a laugh. “I think that ultimately whatever you want to achieve in a story in never two dimensional. So you know, it’s really sharing things that are in all of us, light and dark and everything in between.” The amiable Pascal is playing a role that, in the comic books is a rather diabolical character, but the screen version is quite different.

“It seems something in terms of the idea regarding the complexity of the human heart and how some of the best intentions or the worst intentions can be directly tied to the most pure or vulnerable part of a human being,”

He savors being part of such a popular new world—the DC Extended Universe. “It’s incredible! It’s incredibly special because I was raised very much by movies like this and television. And in this kind of entertainment. It’s an incredible thing to witness the people making ‘Wonder Woman,’ the first movie and who are part of the second movie.” —RSDV