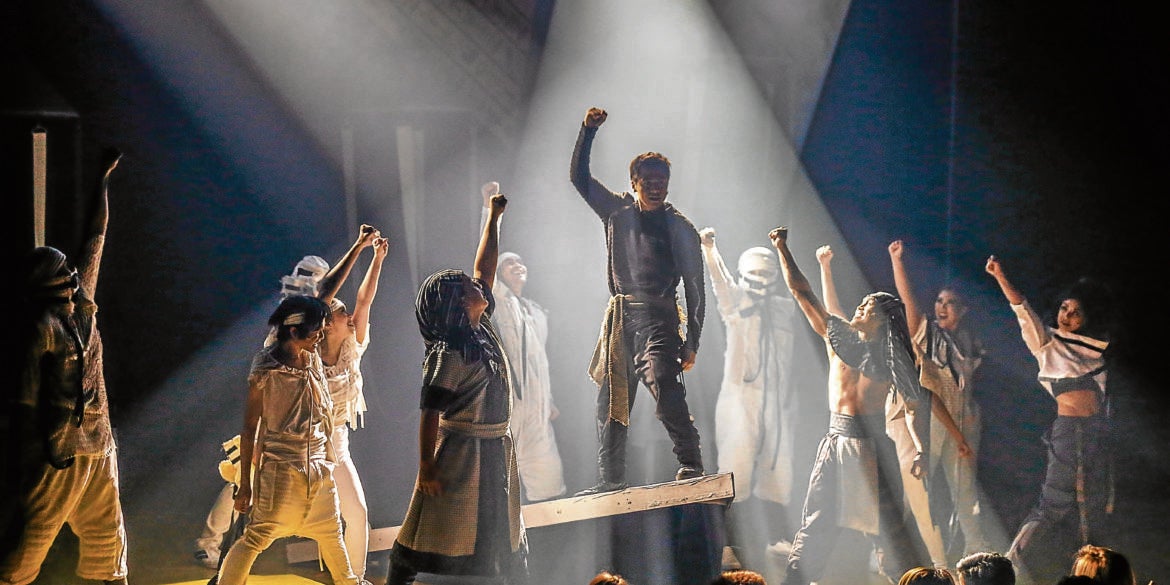 10 plays of remembrance and thanksgiving

This is not a best-of list of the kind we annually publish in these pages. Eleven months into the pandemic, our stages remain hopelessly shuttered. The arts, from the looks of it, are barely on government’s main agenda.

So I write this as both remembrance and thanksgiving: a last glance at that seemingly alien time when we could still sit side by side in a darkened house; and a gesture of gratitude to how theater and its tireless makers have found ways to reach us, the audience, even in the midst of our social isolation.

Much of my “theatergoing” last year was in the form of streamed theater—either archival recordings or altogether new pieces tailored to the virtual platform—and not just limited to Filipino works. Among others, I saw a modern-day adaptation of Anton Chekhov’s “The Seagull” from New Zealand; three new plays by Richard Nelson from New York’s The Public Theater; past London stagings of “A Streetcar Named Desire” (with Gillian Anderson) and “Red” (with Alfred Molina); and—what would have otherwise been an impossibility—Stephen Sondheim’s 90th birthday concert as it unfolded in real time.

This list is devoted to the Filipino landscape. Back in January 2020, I wrote about “10 things to look forward to” in Philippine theater. Now, taking stock of this annus horribilis for live entertainment, I leave you with 10 that made 2020 a little more bearable.

A university company tackling a rock musical about a family grappling with its matriarch’s bipolar disorder? In an ordinary year, this Ateneo Blue Repertory production would be topping year-end lists—and would have run longer. Directed by Missy Maramara, this was “Next to Normal” with its insides fully exposed—emotionally lacerating, deeply moving, with Cris Villonco and Jef Flores in career-best performances. It was the real deal.

Taal Volcano’s January eruption feels like a lifetime ago already. That Sunday, as ashfall slowly peppered the roofs and streets of Metro Manila, Del Mundo and Atadero delivered the year’s first great performances as Antonio Salieri and Mozart, respectively, in Company of Actors in Streamlined Theatre’s two-show-only staged reading of this Peter Shaffer play.

3. Rody Vera’s script for ‘Under My Skin’

Premiered by Philippine Educational Theater Association (Peta), Vera’s new play was more than just a Filipino face for the HIV-AIDS epidemic. It was also a breathtaking translation of complex science into dramatic language at once illustrative and accessible—suggesting how much better off we’d be if only our best scientists were also potent communicators.

Trumpets’ revival of its musical take on the titular Bible story was a literal party. Fueled by Myke Salomon’s musical direction and MJ Arda’s choreography, this was RuPaul’s Drag Race meets dance concert meets Susan Sontag’s “Notes on ‘Camp,’” a church for the zany and unabashedly gay, with the divine Alys Serdenia presiding.

5. The theatricality of ‘Batang Mujahideen’

What stayed with you was the sheer theatrical vision of this Tanghalang Pilipino (TP) play about the unending violence in Mindanao: the actors shifting characters and timelines in seconds; D Cortezano’s lights and Arvy Dimaculangan’s soundscape evoking the fever of war; the unnerving quiet of Lhorvie Nuevo’s turn as an extremist leader; bullets climactically raining down on the stage—all woven together by Guelan Luarca’s direction.

Part of Philippine Legitimate Stage Artists Group’s fundraising campaign for theater workers sidelined by quarantine measures was a series of roundtables streamed via Facebook. Beyond intimate peeks into the very craft of theater—the sessions gathered directors, sound designers, even critics (for which I was a discussant)—these roundtables were also early coping mechanisms, an admirable attempt at bringing together a newly splintered community.

At this year’s Virgin Labfest, the annual festival of one-act plays that marked the first major, collective effort in the country at “Zoom theater,” the best entries were the ones that figured out how to transpose to the screen a script that was originally intended for the stage. Part of what made “Pilot Episode” a brilliant visual explication of mental illness was its manipulation of multiple frames and cameras; “Boarders,” on the other hand, employed its ribald themes to its advantage, committing to the idea of the smartphone as stage (and arena for phone sex), in the process ruffling certain feathers and raising discussions on what constitutes “tasteful art.”

8. ‘The Price of Redemption’

In just 20 minutes, TP’s amalgamation of excerpts from this Anton Juan play, available on YouTube, is at once a perceptive deconstruction of “Zoom theater,” a (meta-)commentary on our lives in quarantine and a fervid reminder that the Filipino’s fight for social justice is far from over.

Disclaimer: I’m a jury member for these awards, which some amusingly compare to the Tonys. Let me say, then, that this year’s ceremonies, broadcast via Facebook and YouTube, were the most efficient of late (Tonys, take note)—showing how such events can be (relatively) concise yet also highly entertaining. Two of many highlights: Kakki Teodoro’s acceptance speech (I’m not crying, you’re crying!); and, halfway through, music icon Gary Valenciano’s soul-cleansing rendition of “Could You Be Messiah?”

That Resorts World Manila’s jukebox musical “Ang Huling El Bimbo” reached 7 million views and raised over P12 million when it streamed for 48 hours in May was no mean feat. Now, as Manila-based companies release recordings of past shows online, either for free (as in the case of Tanghalang Ateneo on YouTube) or for a fee (like Peta’s “Care Divas” on KTX.ph), one implication is that, for the first time, these homegrown productions can be viewed by anyone anywhere in the country, even abroad. It’s a system that’s still figuring itself out, but it’s also one that points to a progressive way forward—a step toward a more democratic Filipino theater.

My personal temporal marker between the pre- and post-COVID days: As government announced the first lockdown measures in March, I was literally watching a preview of this Atlantis Theatrical Entertainment Group production, the cast giving what felt like the performances of their lives knowing full well they would no longer officially open. How ironic that this Broadway musical, about a troop of musicians arriving in the wrong town, depicted the beauty of human connection—that which the pandemic soon made us learn to fear. The production itself was first-rate, from Bobby Garcia’s direction, the design elements, to the pitch-perfect ensemble led by Vera and an incandescent Menchu Lauchengco-Yulo.