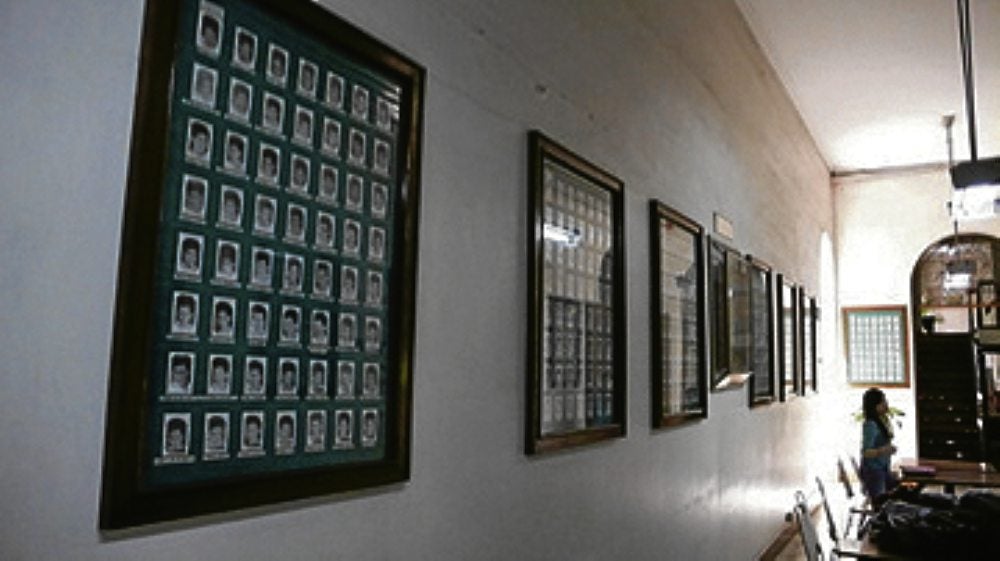 Over the next two weeks, De La Salle High School Class 1962 marks 50 years since graduation day with a series of events that celebrate our having been together for (would you believe it?) most of our lives.

Celebrating we are, most of the 107 surviving class members, starting with an invitational golf tournament (don’t all retirees spend their days on the golf course?), followed by a private visit to the 19th-century Spanish colonial Museo De La Salle on the Dasmariñas campus.

In the nationwide De La Salle multiversity system, most member schools are fitted out with a museum. But among all the museums in the system, Museo De La Salle on the Dasmariñas (Cavite) campus is the jewel of them all.

The museum exhibits probably the most comprehensive collection in the country of the most outstanding mid-19th-century Philippine furniture, religious and decorative artifacts from the Spanish colonial era donated by the Joven-Panilio family and the Arnedo-Gonzalez family bequeathed by the late Brother Andrew Gonzalez FSC.

Our school nostalgia centers around the neoclassic Taft Avenue building where we spent our school years in an elegant structure designed by Tomás Mapúa who, as Adelaida Mapúa Lim (his granddaughter) informs us, at age 27 won the architectural competition conducted by the Christian Brothers in 1915 for a school building that was to  cost P250,000-P300,000.

Although the heritage De La Salle building, now nationally recognized as the symbol of our university, is undergoing partial restoration, there is a long way to go before its restoration finally regains the nobility of its architectural excellence  its symbolic and heritage status deserves.

We ask that the restoration process of our building be done.

Our celebrations continue.  A Palawan weekend is planned to give jubilarian classmates the experience of paddling into the Puerto Princesa Subterranean River which was inscribed on the Unesco World Heritage List through the advocacy work of one of our classmates.

Upon returning to Manila, there are post-rehearsal get-togethers before the reunion itself, all culminating with a final farewell dinner, a send-off to express gratitude to our classmates who flew in from overseas for this event.

In our school reunions of the past, Golden Jubilarians paraded past the alumni body, took center stage, and,  beaming,  accepted the applause of the crowd.

When we take center stage, our smiles will come from our hearts because we know we deserve the applause from our schoolmates if only for the fact that we, each one in our De La Salle High School Class 1962, have made a difference in each of our own worlds.

Ours is a class said to be one of the most outstanding to have graduated from the old De La Salle on Taft Avenue, a class of luminaries, president-makers, Cabinet members and high government officials, public personalities, political figures, international and national awardees, business leaders, activists and advocates.

“As a La Salle graduate myself,” wrote columnist Joaquin Henson (“La Salle’s Golden Men,” Feb. 22, 2012), “I’ve always looked up to the members of the High School Class of ’62 as role models whose resumés will make anyone sit up and take notice anywhere, anytime—the world over.  The ’62 graduates were in a class of their own, achievers of the highest quality.”

But for us, our highest achievement is seeing how each member of our class has made a difference, humbly and without fanfare, as  the Christian Brothers taught us, to leave his imprint to improve the world around him.

Those whose worlds are large influenced international organizations and governments, changed the course of our country and its people, contributed positively to the economy, improved lifestyle and upheld cultural values.

But most significant are those in our class who quietly effected change in his own world; he who served through practicing his profession well; healed the sick; served his community; who selflessly immersed himself in charitable work; or who worked so devotedly toward achieving harmony in his family life and producing simply exemplary children.

Our golden celebration honors all of us, the publicly acknowledged and the silent heroes of Class ’62.

That the centenary of the founding of De La Salle in the Philippines coincides with the Golden Jubilee of De La Salle High School ’62 makes this celebration doubly significant for this group of La Sallites who have been around since days early enough to remember honoring St. John Baptist de La Salle by singing the school hymn in his native French:  “Honneur a toi, glorieux De La Salle…”

Honor is what it’s been about all these years.  Each one of us has found his own way of bringing La Sallian honor to our everyday lives.  That is our class ’62 achievement.

And in the 50 years since our graduation, we’ve done pretty well.

Because we all know that we’ve done pretty well, there are no superstars or fallen stars among us; we are a constellation of stars just having a good time, celebrating the fact that this bunch of stars, friends who have been going strong for 50 years, and who have paid their dues to the world.

E-mail your feedback to [email protected]