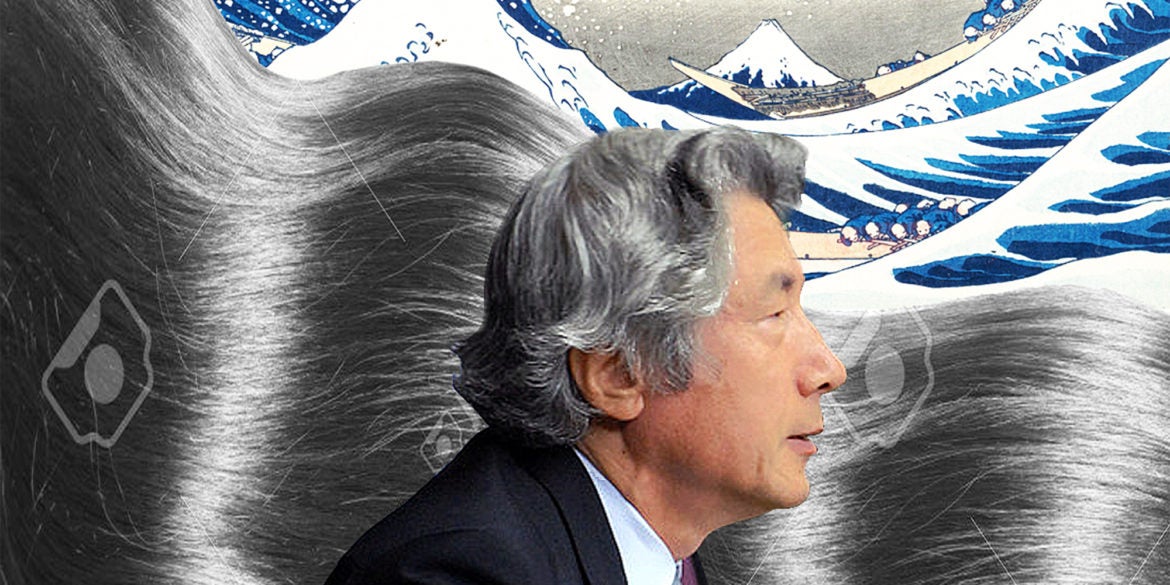 The former prime minister of Japan Junichiro Koizumi was all the rage when I was in high school. That was a special time when the bookstore’s magazines section was a hallowed place. That’s where the action was. I remember seeing Koizumi on the cover of Time and thinking, wow, that hair looks cool.

Koizumi’s hair is a thing, in the same way that Plum Sykes wrote, “Bergdorf Blondes are a thing, you know?” The “Popularity” subsection of Koizumi’s Wikipedia page says this: “Koizumi was at certain points in his tenure an extremely popular leader. Most people know him very well due to his trademark wavy grey hair. His outspoken nature and colourful past contributed to that; his nicknames included ‘Lionheart’, due to his hair style and fierce spirit.”

I didn’t really know anything about Koizumi’s politics (still don’t TBH) but I do remember that when Shinzo Abe took over, it distinctly felt like the world was spinning in a less cool direction. The Time cover asking “Who is Shinzo Abe?” pretty much says it all.

A 2018 Financial Times profile describes Koizumi as “advancing the conservative nationalism that is now the most potent strain in Japanese politics.” In it Koizumi stressed that he’s “not strange or eccentric.” He said, “In the eyes of politicians, maybe I seemed strange. But to regular people, aren’t politicians the weirdos?”

I guess that was the latent vibe of that glorious tussle of regal gray hair. This was a man who is aesthetically a rebel but astutely saw himself as nothing but resoundingly establishment. Koizumi’s son Shinjiro is reported to be “a rising star in Japanese politics.” Good for him, but Koizumi Jr. looks junior, too. Shinjiro styles his standard-issue hair in an awkward side-part and way too much product. Maybe he’s still in that I-don’t-want-to-be-my-father stage of the I’m-my-father-after-all journey. We’ll see.

I also don’t really know to what extent, at that age, I contemplated about Koizumi’s hair as having some kind of symbolic weight. Perhaps what it did show me was a possible vision of a non-decrepit future, a particular brand of old-age, world-leader swagger. Of course it helps to look like an Asian Richard Gere, but if there’s one good thing that quarantine did—apart from flattening the curve—is that it made some guys realize they can have decent, longish hair just by leaving it alone. It’s a good example of the virtue of non-action in the Tao Te Ching. Vaccine, do; hair, don’t. (To a point, anyway.)

While Googling these things I find out that there’s a manga called The Legend of Koizumi. Check out the plot: “In a world where all politics and diplomacy are settled via no-holds-barred mahjong battles by world politicians, Junichiro Koizumi settled scores with the United States, North Korea, and Russia before retiring as Prime Minister of Japan. However, he is recruited by the Vatican to be one of the five world leaders to counter a new international threat: the Nazis, still alive, who settled on the Moon and established the Fourth Reich.”