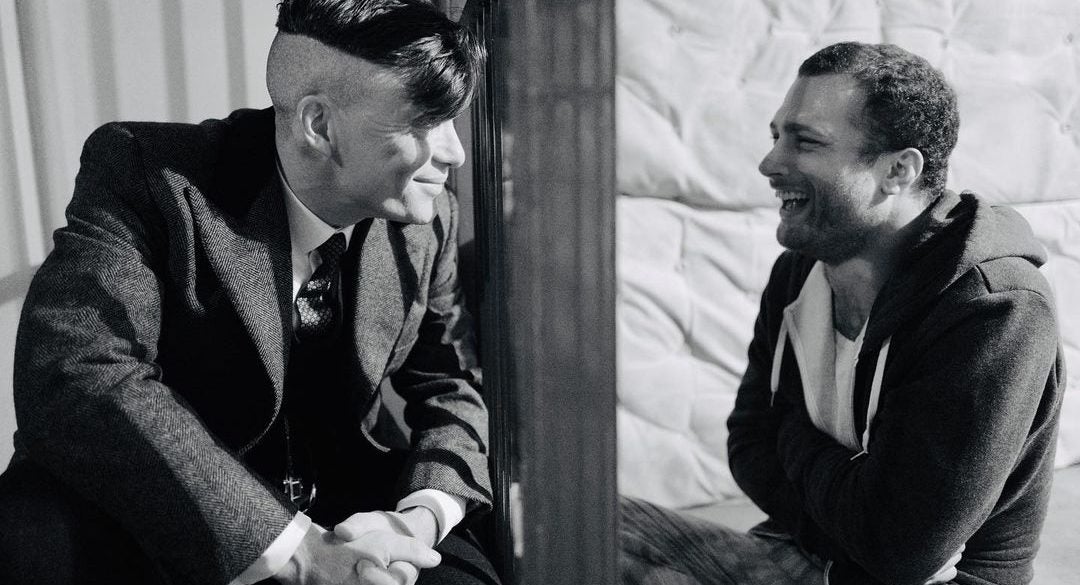 This much we already know: Cillian Murphy just got a fresh Peaky cut and season six has resumed filming, following the necessary health protocols, of course. Season six will be the final season, but series creator Steven Knight has also already said that the Peaky Blinders saga will culminate in a movie.

We don’t know yet when season six is coming, but director Anthony Byrne did say that if they get to continue shooting in January (which they did), it will most likely end in May or June, with another six of months of editing. So, give or take, crack of 2022? Or maybe even toward the end of 2021, if we’re ever so blessed.

But before all that, let’s take a look back at season five, which, to my mind is kind of like The Half Blood Prince of the arc. (Yes, so season six will be The Deathly Hallows part one.) Not for any real parallels TBH, but only because that’s when Dumbledore dies, and therefore all hope is lost, the next book will be bleaker than bleak, and there will be a war.

I read someone say on Reddit that the scene with the nuns is pointless, and another concurring that it’s mainly there to get in some cool lines for promos. I tend to disagree. That scene is the foundation to remind us that Tommy cares a lot about children, and the orphans in particular are being cared for under Grace Shelby’s name and memory. The climax of season 5 happens when a kid dies from the bombing of Ben Younger’s car. It’s an innocent death so symbolic, that in a show where people get killed left and right, it warranted a somber scene of townsfolk mourning.

Peaky Blinders season 5 has been set up from the beginning to unravel like a harrowing decrescendo. Tommy’s big plan with a capital P is to assassinate Oswald Mosley. And because Peaky Blinders isn’t the kind of show that is likely to go Inglorious Basterds on us, we know it’s doomed to fail. Real life Oswald Mosley will live until his 80’s. In fact five years before his death in 1980, he was on TV saying that he hasn’t fully given up on the prospect of a political comeback.

Season five was always going to end dark, and so it did. That does not mean, though, that it is lacking of some of the best bits of the entire show. I thought that accomplice ex machine Barney Thompson, the Royal Marines sniper, was a cool guy. In the same episode that we meet Barney, Tommy tells Ben Younger, “Please don’t listen to my sister’s opinions of me. They are always hopeful. Therefore they are always wrong.”

When Tommy visits Barney in the asylum, confronted with the psyche of another, Tommy is flabbergasted. When he asks Barney questions, he’s genuinely curious. We know that Tommy is suicidal, it runs in the family. How can this man still have hope? In this case, is hope right or is hope wrong? When mad Barney says there could be better days ahead, Tommy reveals the jailbreak plan.

Too bad Barney’s holiday had to end abruptly. He will always be remembered, and I owe it to his existential optimism to always try to make a big bang out of Wednesdays.

Then there is Alfie Solomon’s resurrection, the golden nugget of season five. Watch Tom Hardy show you how to use binoculars when you only have one eye.

Fans often speculate how it will all end. Apart from some degree of schizophrenia, we know that Tommy has what you might diagnose today as supremely high-functioning anxiety. He’s on high-octane death drive. Steven Knight did say that Tommy is basically looking to die, but it has to be in the hands of someone strong enough to kill him.

Maybe that’s where it’s all headed. Maybe it will all end with a vision of hell. Will it look like Margate?

Header image via @peakyblindersofficial on Instagram. Photo by Anthony Byrne.