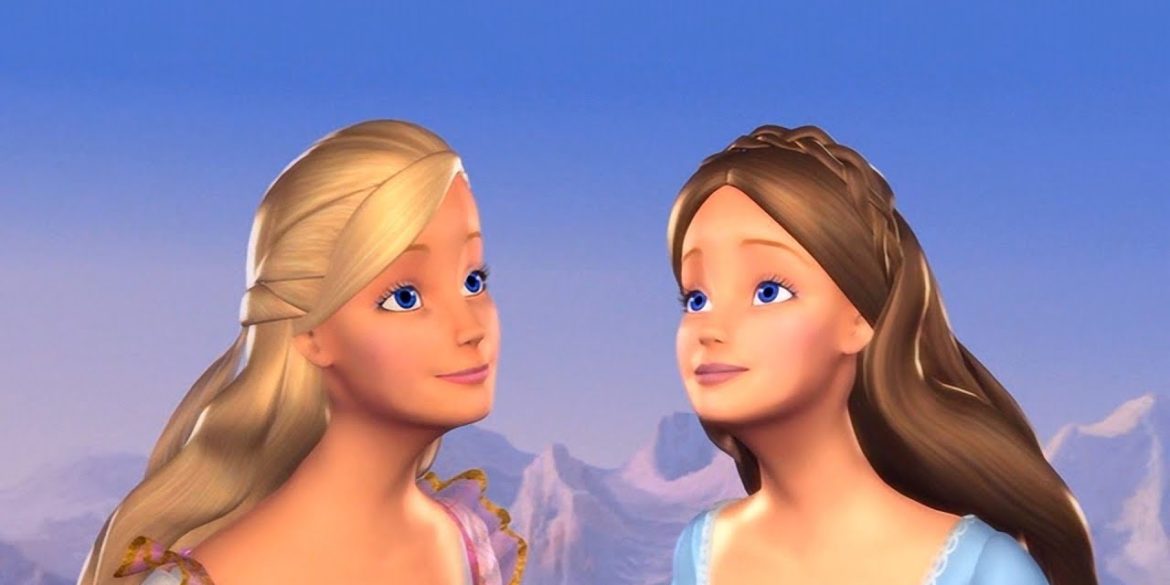 I will never watch a Barbie movie, so a 16-minute review from Seamus Gorman is probably more than enough to clue me in on that matter, for the culture. You might think that certain things are simply useless in life, but let me tell you that only yesterday, the subject of Disney princesses came up in a conversation with a dear friend. At some point I think we mentioned something about kid’s cartoons and not-so-kiddy subject matter like poverty, for example, when I thought this was it: The exact moment one could actually mention the Barbie movie The Princess and the Pauper purely within range of reasonable context.

From the Gorman review I learned that: Among the Barbie movies The Princess and the Pauper is quite popular. Not surprisingly, because I’m well aware of the “I’m just like you… You’re just like me!” song bit from the mainstream memes circuit. What I am surprised to learn, among several other things, is just how gnarly the animation quality is. Everyone looks like lowkey toxic plasticine, but as Gorman says, dwell on that at your own risk. Another thing that Gorman highlights—and he does attempt to explain the whole thing—is how the princess Barbie escaped her captors by fashioning a blanket ghost to entrap them. Just typing that makes me queasy in a way I have never felt before, and honestly, I sincerely intuit that there’s a morsel of art in that sequence of events.

Gorman makes it known that The Princess and the Pauper unflinchingly parallels the torments of an arranged marriage and being an unwaged servant. Now I can’t imagine all the little people who have seen this and how this one movie basically shaped the course of their entire lives in insidious ways they now can’t escape… Amid the pastel rooms and the pauper wearing a petticoat, I am convinced I haven’t glimpsed anything darker since Lars von Trier’s Antichrist, which I saw for the first time last week. TBQH, though, the thought of having to escape a mineshaft by having to flood the thing and use a basket as a Noah’s ark kind of salvation vessel would’ve plagued my nightmares if I were a wee kid today. Maybe today’s children have greater tolerance for Lovecraftian horror. We’re an evolving species, after all.

As a writer I often think about what to write about, so I can get paid and live my life. Sometimes it’s a torment as real as that flooding mineshaft. Constantly having to think about what to say about stuff, when other professions seem to have that godforsaken liberty to remain silent, reminds me of the heroines’ predicament. I don’t know if, in this case, I’m princess or pauper, or as the movie submit, they’re actually just like each other.

Having said that, I don’t remember how the movie ends. What I will never forget, though, is Gorman’s sacrifice. Thank you, king.