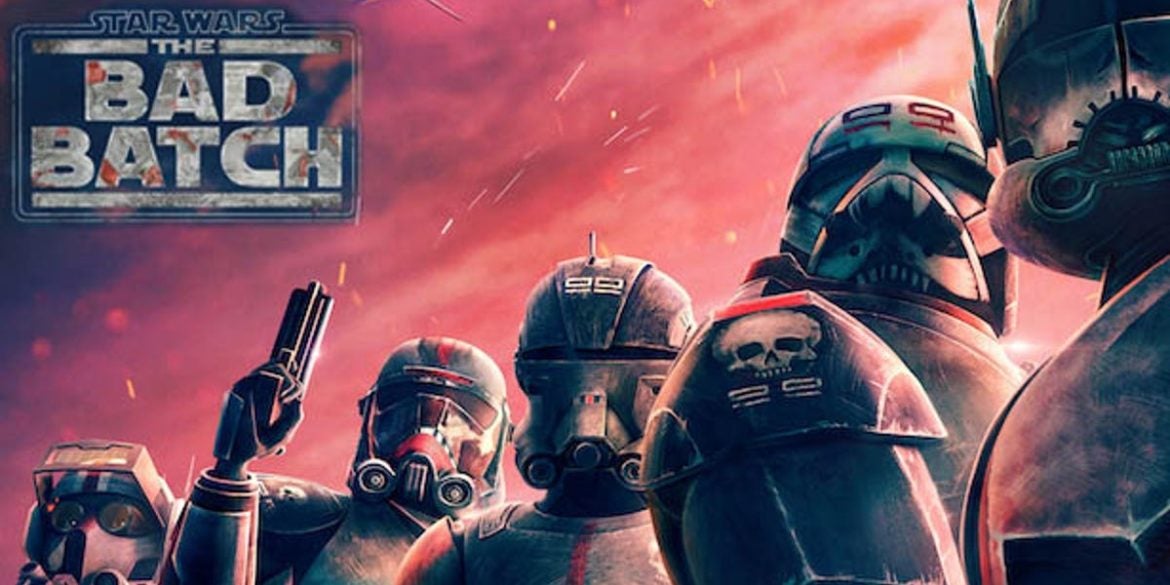 LOS ANGELES (Variety.com) – When Lucasfilm announced last December that it was dramatically expanding its output of live-action TV series on Disney Plus following the success of “The Mandalorian,” many fans rejoiced at the prospect of a far wider exploration of the “Star Wars” universe.

Other fans, however — the ones who have devoured Lucasfilm’s animated series “The Clone Wars,” “Rebels,” and “Resistance” — probably just wondered what took Lucasfilm so long.

Since 2003, Lucasfilm has used its animated series to deepen the story of the Skywalker Saga, covering the fall of the Galactic Empire and then the rise and fall of the First Order in the wake of the Empire’s collapse. The latest iteration of that effort is “The Bad Batch,” a spin-off of “The Clone Wars” that focuses on a team of genetically aberrant Clone Troopers who find themselves caught between the end of the Clone Wars and the beginnings of the fascist Empire, bridging the time between “Star Wars: Revenge of the Sith” and “Star Wars: A New Hope.”

The show premieres Tuesday on Disney Plus with a special 70-minute episode, part of the day-long Star Wars Day celebration (as in, “May the Fourth be with you,” though if you’re reading this, you probably don’t need that explanation). For both die-hard “Star Wars” fans who’ve watched all of the animated series, and fans of the movies and “The Mandalorian” who are looking for another fix before “The Book of Boba Fett” premieres at the end of the year, “The Bad Batch” offers a welcome and kid-friendly expansion of the sweeping “Star Wars” mythology.

Here’s what you need to know. (Warning: This story contains some SPOILERS.)

The show gives a soldier-level view of the start of the Empire. First introduced on “The Clone Wars,” the Bad Batch — a.k.a. Clone Force 99 — are a team of five Clone Troopers (all voiced by Dee Bradley Baker) whose unique genetic traits each provide them with special abilities, from brute strength to technical know-how. More importantly, they are largely immune to the reason the clone army — i.e., soldiers genetically predisposed to following orders without question — was created in the first place. This team, by contrast, charts their own path.

That becomes an issue once the Clone Wars end with the infamous Order 66 from “Revenge of the Sith,” which forces the Clone troopers to turn on the Jedi and kill them all in one fell swoop. “The Bad Batch” starts at that moment, but unlike the rest of the clone troopers, Force 99 elects not to follow Order 66.

Their discomfort and confusion only grow once they return to their home planet of Kamino. Replaying a scene from “Revenge of the Sith,” Force 99, along with the rest of the soldiers at the base, watch Emperor Palpatine declare that he is transforming the Republic into “the first Galactic Empire.” The massive legion of troopers cheer in excitement; Force 99 does not.

Needless to say, it doesn’t take long for Force 99’s freer-thinking ways to run afoul of the Empire’s designs. That allows “The Bad Batch” to explicate the different ways the Empire will begin using its military to expand and enforce its grip on power in the galaxy, from a perspective that “Star Wars” has never explored before.

The show also provides a glimpse at the beginning of the Rebellion.

In the premiere episode, Force 99 is tasked with quelling what they’re told is a lingering faction of separatist droids. What they discover instead is…not that. Instead, a fan-favorite character from “The Clone Wars” and “Rebels” makes another appearance, as Force 99 encounters the first vestiges of what will become the Rebellion.

The show reveals the origins of Kanan Jarrus.

Fans have long known that Kanan Jarrus, one of the major characters in “Rebels” (voiced by Freddie Prinze Jr.), once went by the name Caleb Dume until he survived the events of Order 66 as a Jedi padawan and was forced to go into hiding to survive. “The Bad Batch” will further reveal how Caleb escaped, demonstrating the ripple effects the show can and will have throughout the larger “Star Wars” mythology.

The show will revisit other fan-favorite characters.

Caleb/Kanan won’t be the only “Star Wars” character who will cross paths with Force 99 and not just ones from previous “Star Wars” animated series (although expect to see several of them as well). Ming-Na Wen is set to reprise her role as Fennec Shand, which she originated on “The Mandalorian.” That show takes place after the events of “Star Wars: Return of the Jedi;” “The Bad Batch” will explore Fennec’s origins before the Empire had fully taken root.

The show further explains why the Empire abandoned the clone army.

At some point between “Revenge of the Sith” and “A New Hope,” the Empire began abandoning its clone army to conscripting the general population into service. “The Bad Batch” begins to unpack why. One reason: Grand Moff Tarkin. Played so memorably by Peter Cushing in “A New Hope,” he’s also been a fixture of “The Clone Wars” and “Rebels,” as voiced by Stephen Stanton, who returns to the role in “The Bad Batch.” Tarkin takes a keen interest in Force 99’s ability to improvise on the battlefield. Still, his skepticism about the cost-effectiveness of clones, in general, suggests their days in the Empire are numbered.

In chronicling these kinds of details — how the authoritarian Empire specifically consolidated its power and wielded it to maintain control — “The Bad Batch” could end up as one of the most trenchant iterations of “Star Wars” yet.